The five blind men and women lived in the attic room in a rundown tenement in New York City in the late 1800s, and Jacob A. Riis was there to take their photograph.

But Riis was clumsy, and the technique of flash-lit photography was new and still imperfect. And he ended up setting the paper and rags hanging on one wall ablaze.

It was a tragedy in the making. Not only were the other five people in the room blind, but so was nearly everyone else living in the building.

“The thought: How were they ever to be got out? made my blood run cold as I saw the flames creeping up the wall,” Riis later wrote, “and my first impulse was to bolt for the street and shout for help.”

Instead, with great effort, he was able to smother the fire himself.

Afterward, when I came down to the street, I told a policeman of my trouble. For some reason he thought it rather a good joke and laughed immoderately at my concern lest even then sparks should be burrowing in the rotten wall that might yet break out in flame and destroy the house with all that were in it.

He told me why, when he found time to draw breath. “Why, don’t you know,” he said, “that house is the Dirty Spoon? It caught fire six times last winter, but it wouldn’t burn. The dirt was so thick on the walls, it smothered the fire!”

What an irony. Here was one instance when poverty actually saved the lives of the poor. More often — much more often — poverty stunted lives, darkened lives, poisoned lives. It crowded the poor, squeezed, exploited, abused, abandoned and killed them.

This was the urban poverty, in all its oppressing, chaotic and disheartening aspect, that Jacob Riis addressed in his landmark book of social reform, a book of clear-eyed text and starkly moving photographs, How the Other Half Lives, published in 1890.

Riis, a Danish immigrant who had become a crusading newspaper reporter, was filled with indignation at the inhumanity of urban poverty. And, in his book, he looked full-face at its realities.

In one of the world’s major cities, the poor dug caves under garbage dumps for free loading. They lived in overcrowded tenement rooms, lacking privacy, air and light. Mothers, unable to support their babies, left them on doorsteps — and fully two-thirds died within a year. Packs of homeless children roamed the streets and slept huddled together in doorways. Fire was a constant danger. And, in the city’s potter’s field, the bodies of the poor were stacked three deep and shoulder to shoulder, crowded together even in death.

Go into any of the “respectable” tenement neighborhoods — the fact that there are not more than two saloons on the corner…will serve as a fair guide — where live the great body of hard-working Irish and German immigrants and their descendants who accept naturally the conditions of tenement life, because for them there is nothing else in New York; be with and among its people until you understand their ways, their aims and the quality of their ambitions, and, unless you can content yourself with the scriptural promise that the poor we shall have always with us, or with the menagerie view that, if fed, they have no cause of complaint, you shall come away agreeing with me that, humanly speaking, life there does not seem worth living.

Riis used statistics, recounted anecdotes, quoted experts and relied heavily on his own observations from years as a police reporter.

Here is a door. Listen! That short hacking cough, that tiny, helpless wail — what do they mean? They mean that the soiled [mourning] bow of white you saw on the door downstairs will have another story to tell — Oh! a sadly familiar story — before the day is at an end. The child is dying with measles. With half a chance it might have lived; but it had none. The dark bedroom killed it.

“It was took all of a suddint,” says the mother, smoothing the throbbing little body with trembling hands. There is no unkindness in the rough voice of the man in the jumper, who sits by the window grimly smoking a clay pipe, with the little life ebbing out of his sight, bitter as his words sound: “Hush, Mary! If we cannot keep the baby, need we complain — such as we?”

“The horrors of the ghetto”

Above all, Riis took poverty seriously for the spirit-deadening, heartbreaking thing it is. This was in sharp contrast with a zoo-like view of the ghettoes then popular in some corners of New York society.

“At the time,” notes Luc Sante in Low Life, his account of 19th-century New York, “there was a vogue among the intellectual classes for treating the slums as an exotic locale. High-minded tourists could go to the East Side and take in the street life, staring at patriarchal bearded Jews and Italian women with bundles on their heads, treating themselves to the sights of the Grand Tour without the concurrent expense, then go home and write rapturous articles about the splendid colors of poverty and the true happiness of the slum dwellers.”

Riis’ book showed how vacuous such thinking was. It “shocked all thinking Americans into awareness of the horrors of the ghetto,” writes historian Edmund Morris.

It also caught the attention of a young, energetic politician named Theodore Roosevelt, who sent Riis a note, “I have read your book, and I have come to help.” Six years later, as New York City police commissioner, Roosevelt closed all the police lodging rooms — cellars of police stations — which Riis condemned as overcrowded, unsanitary breeding grounds of vice and crime. Unfortunately, Roosevelt took his action in the middle of winter without making any accommodation for those poorest of the poor who relied on the cellars for shelter.

Mulberry Bend, a rabbit-warren block of rickety, firetrap buildings, was torn down as a result of Riis’ book and replaced with a park. Settlement houses were established, including one named for Riis. The book also led to the opening of playgrounds, the correction of many of the worst tenement abuses and improvements in the quality of drinking water.

But, as important as those reforms were, it was Riis’ example to future generations of news reporters that had the widest impact, even down to the present day. He provided a new model for how to think about and cover social problems. He also revealed the power of photography as a means of telling a story journalistically.

More than Riis’ words, his photographs — harsh and “inartistic” as they were (and are) — are eloquent about the realities of poverty. They are eloquent, too, about the human beings caught in poverty.

These are real people, living in real dirt and real distress.

“As social documents,” Sante writes, “Riis photographs have the effect, through valuing their human centers, of denying any picturesque quality to the squalor in which they are set. Dimensions are accurately captured, light or the lack thereof is noted, debris appears as itself. The human does not adorn or ennoble this setting, he or she appears superimposed on it, as in a montage of grotesquely juxtaposed elements. The vibrant faces look all wrong against the dirt. The mismatch cries out for rectification.”

Riis was a product of his times, and his book reflects his flaws. For all his compassion, he was blinded by racial and ethnic stereotypes. As an immigrant himself who had successfully assimilated into the American culture, he saw no value in the efforts of others to hold onto their traditions.

Nonetheless, Sante writes: “As a one-man band of social reform, Riis altered the outlook of the whole city and eventually the nation…What Riis achieved was a campaign of public persuasion on social issues that would set the standard for such crusades and exposes well into the following century.

“Riis finally convinced the average reader of newspapers that the poor were not so by choice; that the dangerous and unhygienic conditions in which they lived were imposed rather than the result of loose moral standards; that the slums were something that needed to be fixed, rather than gaped at or shunned.”

This article was originally published in Salt magazine in 1994. 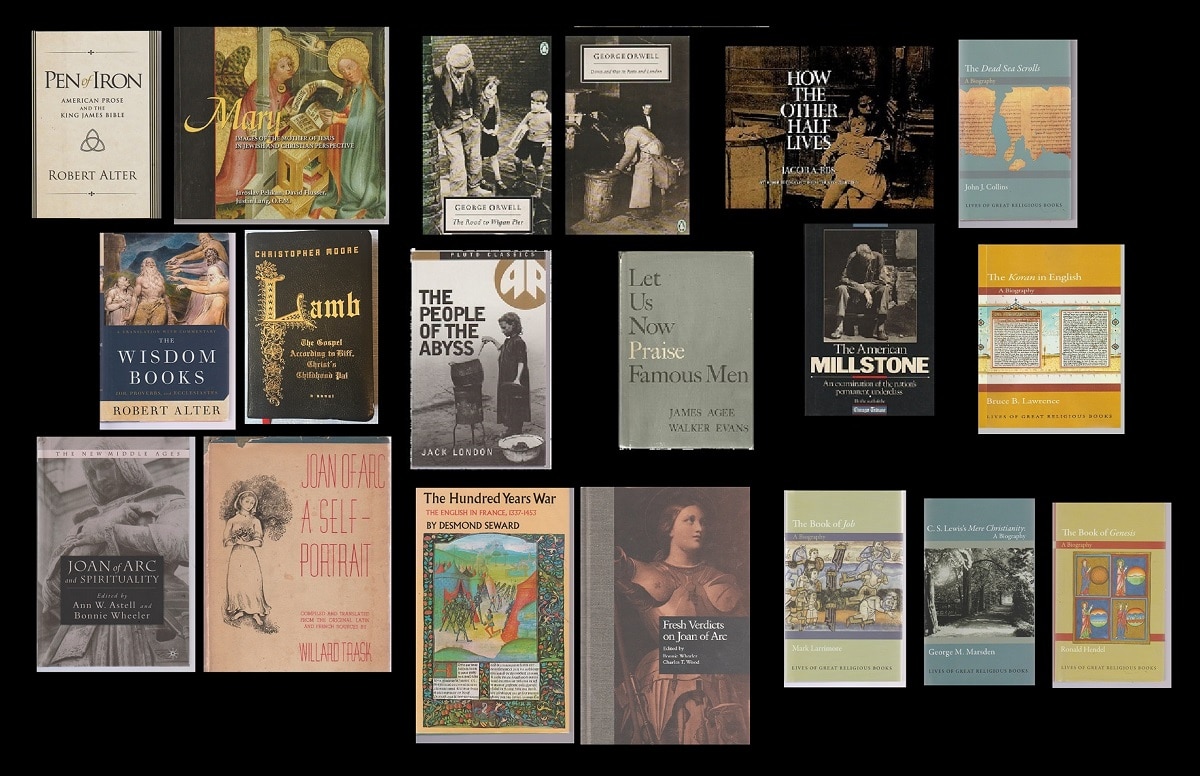 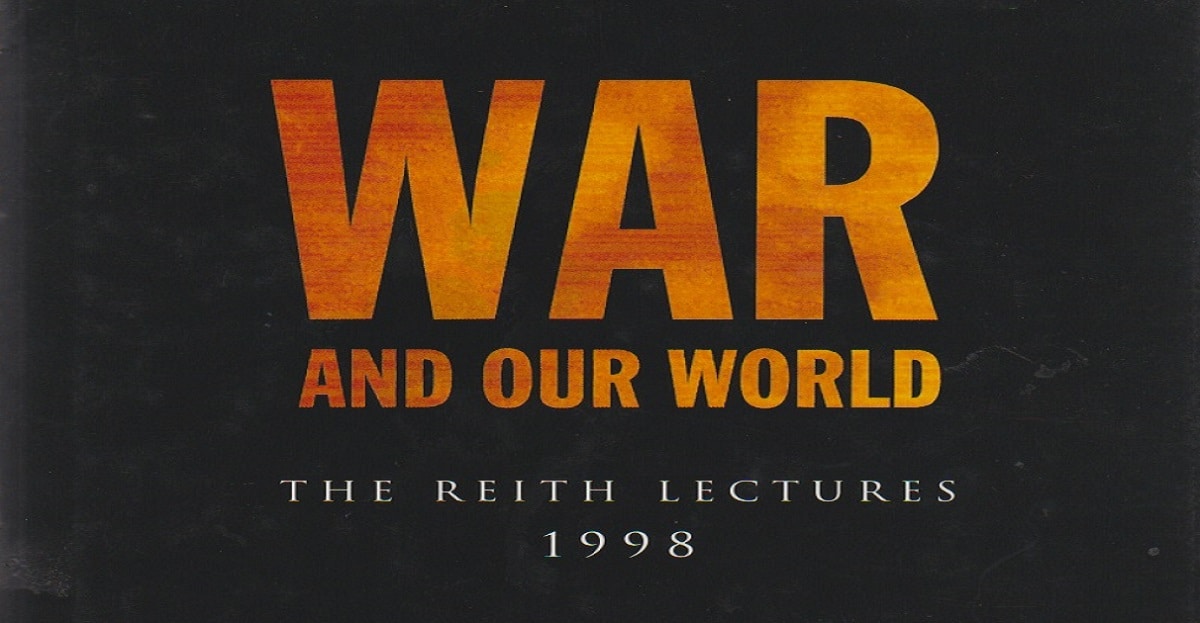