Book review: “After the Winter” by Anna Dowdall

In the first two sentences of Anna Dowdall’s 2017 novel After the Winter, I learned that Sally Ryder had had a very unexpected letter and then had gotten grim news from a recent story in the Montreal Comet.

Maybe it’s just that it had been a while since I’d read a mystery out of the Agatha Christie-John Dickson Carr whodunit school.  Maybe it’s that any fan of mysteries would be snagged by the mention of a surprise letter and an ominous news story, two often weighty items when it comes to literary murder puzzles.

In any case, I read on, and, by page three, I’d learned

And, well, I was off to the races.

After the Winter turned out to be a lively, entertaining mystery with a mansion full of odd people with odd back stories and a great many hidden secrets.

It is, I also found, a romance novel in which all of the affluent characters, the good and the bad, the decent and the slimy, are incredibly good-looking, especially Sally.  And the clothes — well, you can imagine!

Soon, the “rudderless” Sally finds herself dealing with flirtations from the overly serious Tom Munro, a friend of Howard who doesn’t think the car accident was on the up and up, and from Carson DeWitt, who seems to be constantly in heat and constantly cornering one of Midwinter’s women for a smooch or more and, truth be told, constantly appears to be a cad (which he turns out to be). 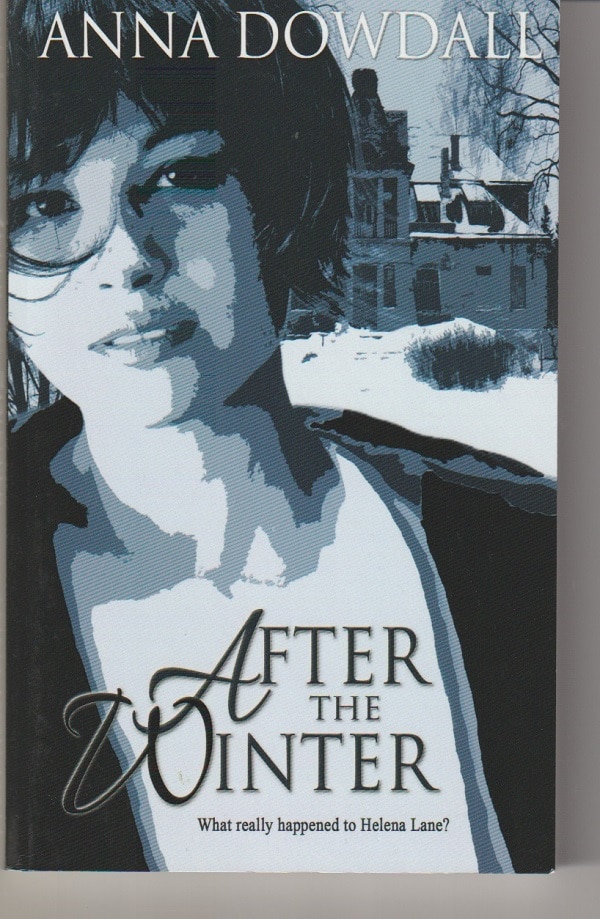 And then there’s Ashley Smeeton.

She’s the nine-year-old who reads a lot of Nancy Drew mysteries and shows up here and there throughout After the Winter.

Whereas all the adults in the novel seem to spend all their time calculating, lying, scheming, yearning, investigating, drinking, flirting, dancing and hiding something, Ashley is delightfully herself.  She’s knowing and innocent, alive and alert.

“I’m nine years old,” she offered Sally twenty-five minutes later, as the two of them turned onto Elm Street.  “But my mother says I’m older than my age.”

I’ll bet she does, Sally thought, plodding through the snow beside the little girl.

“Why would I carry a tool kit around?  It’s an overnight case…”

Ashley considered all this.  “You never know when a hammer could come in handy.  Or a tape measure or a magnifying glass.  Any small tool, really….Sometimes I wear my hair in two braids.”

I found Ashley a lot of fun.  In fact, at some point early on in the reading of After the Winter, I looked up Dowdall’s other novel The Au Pair, saw that Ashley pops up again in that book and immediately ordered it.

From my perspective, Dowdall underutilized Ashley in After the Winter.  It was, after all, her first novel.  Some of the plot, it seemed to me, could have been paced better.  Perhaps there was an internal conflict between the requirements of a mystery and those of a romance novel.

Nonetheless, After the Winter was a pleasant diversion.

There are five people who die, and the question is: How many were murdered?

There’s a mysterious ghost from the far distant Native past.

There’s all that stuff about dresses and scents that went over my head but would likely be enjoyable for a lot of other readers.

And, of course, there’s Ashley.