Between Chicago’s two World’s Fairs in 1893 and 1933-34, very few Native Americans lived in and around Chicago.

Indeed, the numbers were so low that, in City Indian: Native American Activism in Chicago, 1893-1934 (University of Nebraska Press, 268 pages, $30), historians Rosalyn R. LaPier and David R. M. Beck are able to list each person who self-identified as an Indian in the censuses of 1920 and 1930.  (The authors use the terms “Indian” and “Native American” interchangeably.)

They list, in 1920, Emeline Davison, a 69-year-old woman from Louisiana who made her home in southwest suburban Palos Park, and 49-year-old John Stewart from Oklahoma, living just south of the Loop at 9th and State Streets, and Chief White Wing, a 30-year-old Wisconsin native who worked at a drawbridge and resided at 21 W. Ohio St., now a parking garage.

For 1930, these pages list 19-year-old Ursula Arias from the Blackfeet Nation in Montana who worked at the steel mills and was married to a Mexican, and Marie Gapinski, a 36-year-old Shawnee employed as an assembler at a radio factory, and John Kuhn, 49, a radio musician originally from Montana, who lived in the 1400 block of North Wells Street.

No entry among the 340 names in the two censuses has much information, but these lists provide a granularity difficult to achieve in most history books.

These names — very few of which are recorded in both 1920 and 1930 — give the reader glimpses into the human beings who, in those years, were Indians and Chicagoans.

They give evidence of the wide range of jobs that Native Americans found when living in the city and its suburbs — circus performer, laundress, auto mechanic, chauffeur, stenographer, opera singer, cigar maker, movie actor, lawyer, radio musician, nurse, detective and pickle plant packer.  (This impressive diversity of employment with its lack of much clustering of Indians in particular jobs suggests that further research could throw an interestinglight on the lives of Chicago’s Native Americans in these decades.)

And the names and census data give City Indian a setting of rich texture.

Yet, a potential reader might wonder why it was necessary to write a 268-page book about Native Americans in Chicago during this four-decade period when there were so few of them.

There’s a good answer to that but, first, some background.

Much has been written about Indians in this area of North America and how they coped with — and often fought against — the arrival of French traders, British soldiers and American settlers.

In her 2012 book Rising Up from Indian County: The Battle of Fort Dearborn and the Birth of Chicago, historian Ann Durkin Keating details the events that led to the treaties that evicted all Native American tribes from the Chicago area, particularly the fight on August 15, 1812, on the Lake Michigan shore near what is now 18th Street.  That combat was sparked when some 500 Potawatomis and their allies encircled 110 men, women and children who were marching away from Fort Dearborn at the mouth of the Chicago River.

In Chicago legend and history, it’s been known as the Fort Dearborn Massacre. Sixty-eight of the Fort Dearborn contingent lost their lives in the fighting and its aftermath.  Fifteen of the Indian attackers were killed.

But Keating persuasively argues that it is more accurately viewed as a battle in two simultaneous wars — the undeclared guerilla war of Native Americans to fight back the rising tide of American settlers moving west and the officially declared War of 1812 in which the Indians were allied to the British.

With the departure of the last tribes, Native Americans disappeared pretty much from the pages of Chicago history.

That changed after World War II when the number of Indians living in Chicago grew from about 500 in 1945 to around 10,000 three decades later, the subject of the 2002 book Indian Metropolis: Native Americans in Chicago, 1945-75 by historian James B. LaGrand.

This rise in population, LaGrand writes, led Chicago to become “an Indian metropolis” where Native Americans began to look beyond their tribal ties “to think of themselves as sharing a common Indian identity.”

“Take control of the images”

The book, originally published in hardcover in 2015 and now reissued in paperback, tells the story of Native American Chicagoans for the period bracketed by city’s two Worlds Fairs.  This makes sense since both the World’s Columbian Exposition of 1893 and the Century of Progress International Exposition four decades later acted as magnets, attracting Indians to the city with fair-related jobs.

But it makes even more sense because this was the period when Native Americans, although few in number, began to assert their right to self-identify.

In significant ways, this mirrored the experience of African Americans after slavery.

As James West Davidson explains in ‘They Say’: Ida B. Wells and the Reconstruction of Race, white society, particularly but not exclusively in the South, sought to use its power to impose on the newly freed Blacks an identity that branded them as having low intelligence and high libidinousness. Black activists, such as Ida B. Wells who lived much of her later life in Chicago, fought against what “they say” and argued that African Americans, given the opportunities, would be able to accomplish anything that whites had.

The challenge for Indians at the end of the 19th century was to confront their own form of “they say.”

These two experts in Indian history write that their aim is to provide “Indian voice” to the present-day study of Native American history, and, in this way, LaPier and Beck parallel many of the people in their book who sought, albeit unsuccessfully many times, to find a way for the Indian to be heard.  They write:

“The city is replete with imagery of Chicago’s Indian past, yet this imagery has for the most part been constructed by non-Indians.  American Indians in early Chicago worked hard to take control of the images of Indians that the outside world saw and to define both the Indian past and future in the city in distinctly indigenous terms.”

One example of that is The Fort Dearborn Massacre, a large bronze sculpture by Carl Rohl-Smith that industrialist George Pullman ordered in 1893 for placement outside his Prairie Avenue mansion.  LaPier and Beck write:

“The completed monument features two American Indians; one trying to kill a white woman and the other trying to save her. Rohl-Smith, in designing the sculpture, wanted ‘real’ Indians to model for his work.  He was in luck — he found them at Fort Sheridan, north of the city.”

They were prisoners of war.

Some 40 Sioux warriors were locked up at the fort. One of them, Short Bull, was selected by Rohl-Smith because he looked like a “typical Indian.”

Around 1930, the sculpture was moved to the lobby of the Chicago Historical Society, now the Chicago History Museum.  But, in the 1970s, after protests by Native Americans, it was moved back near its original location and has since been placed in a warehouse.

The effort of Chicago’s Indians to assert their own identity was complicated by several factors.  For one thing, Native Americans, then as today, based their identity on their tribal communities. Yet, the non-Indian society ignored that and simply lumped all, no matter tribal affiliations, under the generic term Indian.

For another, Chicago’s Indians were looking to be accepted for who they were in the present-day — not who, according to non-Indians, they had been in the past.

They were also asserting their modern-day identity as Indians and Americans.  This was to counter the tendency of non-Indians to imagine that Native Americans were being assimilated into the mainstream culture to such an extent that their Indian-ness was disappearing.

Ataloa, a Chickasaw-Choctaw woman on the faculty of a Baptist-run Indian college, also known as Mary Stone McLendon, addressed this issue during a meeting at the Art Institute:

“We want non-Indian people to understand us, not to get their impressions from movies and wild west novels, but to see us as we are.”

Ataloa had a master’s degree from Columbia University and would later become a Rockefeller fellow.

She noted that the Indian who lived in a tipi was in the past, and, “in his place, we have the Indian of the university…We do not want sympathy; we do not need sympathy.  The thing we do want is a chance to educate the Indian to take the place he is capable of filling.”

Such efforts, though, were undercut when Indians, needing to make a living, would take jobs in wild west shows and other entertainments in which they played roles as blood-thirsty savages, re-enacting battles from the past.  Short Bull posing for the Rohl-Smith sculpture is another example of this.

And, even when friends of Indians sought to dispute that stereotype, their endeavors were problematic.

LaPier and Beck write that some of the non-Indian members of Indian Fellowship League, organized in 1919 at the Chicago Historical Society, were reformers who “appear to have objected to the nefarious role that the non-Indian population played in exterminating or attempting to exterminate Indians.”

They wanted school textbooks that portrayed “a different stereotype of Indians to prevail: that of the ‘noble savage,’ rather than the ‘savage savage.’ ”

Anyone on the edges

Indians, though, didn’t want to be seen as any sort of savage.  They wanted to be seen as people with a deep, rich culture — actually, of course, with many deep and rich tribal cultures.

As with the African Americans in Davidson’s book ‘They Say,’ the Native Americans in City Indian were only partly successful in defining who they were and what they wanted.

Later, that began to change somewhat, and, today, scholars and much of U.S. society recognize the deep and textured value of these minority cultures that were once pushed to the edge, ignored and all but expunged.

City Indian is a scholarly book, not a beach read.  But, for anyone interested in what life was like in Chicago in the early 20th century for those who didn’t hold social, political and economic power, it is a work that provides many insights.

For anyone interested in Chicagoans — all Chicagoans — this book tells a tale that explains how the non-Indian city treated Native Americans.  And, by extension, how it has treated anyone on the edges, whether African Americans, Hispanics, non-heterosexuals, women, the poor and the unconventional. 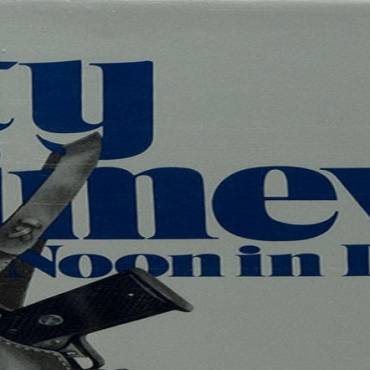 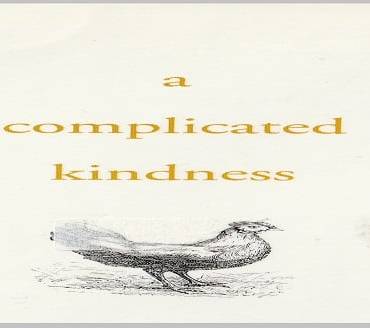