In her introduction to The Address Book: What Street Addresses Reveal About Identity, Race, Wealth and Power, Deirdre Mask tells about house-hunting with her husband in the Tottenham neighborhood of London.

They found a place they liked — a two-bedroom terraced home with stripped wood floors, bay windows, and a fireplace in every room, even the bathroom.  But they didn’t bid on it.

One problem, for sure, was the building’s address — on Black Boy Lane.

Mask, who is African-American, writes that the name

“conjured up a time in America not so long ago when every black man, no matter how old, was known as ‘boy.’ (I mean ‘not long ago’ literally.  ‘That boy’s finger does not need to be on the button,’ Kentucky representative Geoff Davis said, in 2008, about America’s nuclear arsenal.  ‘That boy’ was Barack Obama.)”

As Mask writes and as her book shows in vivid stories and anecdotes, the way we name our streets and number our buildings deeply influences our lives. It’s all about power — “the power to name, the power to shape history, the power to decide who counts, who doesn’t, and why.”

Amid the protests over the killing of George Floyd, calls have been renewed for the removal of statues depicting leaders of the slave-holding Confederacy and its armed forces.  Similarly, Americans find themselves rethinking a wide range of public images, places and names that are reminders of how African-Americans, as well as Native Americans, were once defined — “not long ago” — as second-class citizens.

Street names have played a significant role in such expressions of white power.

Mask found Black Boy Lane in London.  In Chicago, she could have found these:

Today’s discussions of getting rid of statues and changing names that glorify slavery,  slave-holders and racism are efforts to right historical wrongs.  But the re-naming of streets can also be used in the other direction.

Willy Brandt, the future leader of West Germany, was still in his teens when, in 1933, the Nazis came to power in his small city.  In his memoirs, he wrote: “In Lubeck, on 20 March, a large number of people were taken into so-called protective custody.  Soon after began the naming of streets.”  After quoting this, Mask writes:

“By 1933, nearly every single town in German had a street named after Hitler…Street names are, in a way, a perfect propaganda tool.  Saying them requires no thought or consideration, and, better yet, you are forced to use them every time you give directions, write your letters, or apply for virtually anything at all.”

The German street names most often targeted were those that honored Jews, even Christianized ones.  They were the scapegoats of the Nazis, and this was just part of the overall oppression and, ultimately, the murder of these blameless people.

The removal of statues and other reminders of racists is an act of addressing a moral wrong.  In a totalitarian’s hands, it’s an act of political immorality.

Mask spends an entire chapter on the efforts of Benjamin Israel, an African-American Orthodox Jew, to convince the city council of Hollywood, Florida, to change three street names in the black section of town: Lee, named for Robert E. Lee; Forrest Street, after Nathan Bedford Forrest; and Hood Street, after John Bell Hood — all Confederate generals. 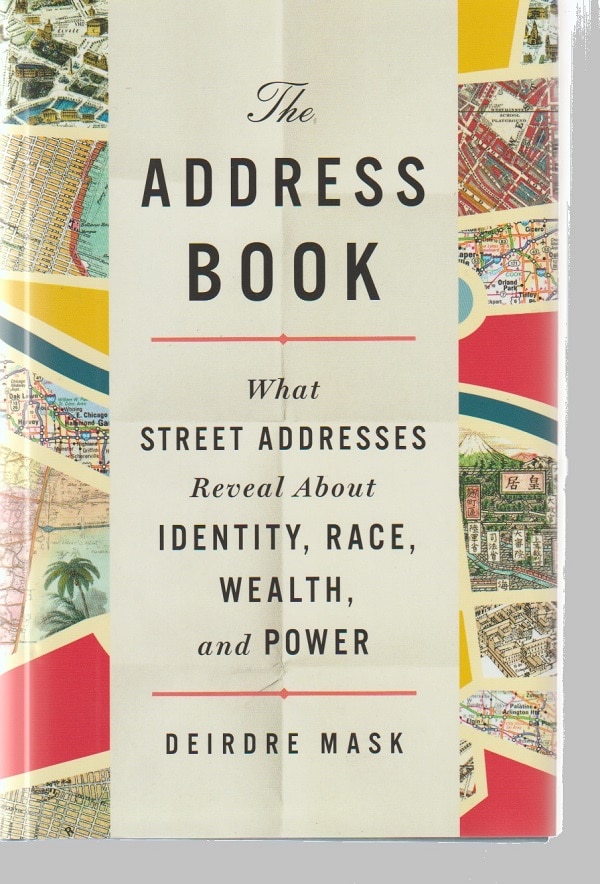 The use of Forrest’s name was particularly egregious.  He was a slave trader who sold thousands of African blacks, and he was responsible for one of the worst massacres of the Civil War, at the Union garrison of Fort Pillow.  Mask writes:

“The Union forces holding the fort included a large number of African American soldiers.  Some had been Forrest’s former slaves.   Forrest and his three thousand men singled out the black troops for particularly vicious attacks, refusing to accept their offers to surrender.”

Indeed, it was so disgusting that one Confederate sergeant later wrote:

“The poor deluded negroes would run up to our men, fall upon their knees and with uplifted arms scream for mercy but they were ordered to their feet and then shot down.”

Many Hollywood residents couldn’t understand Israel’s insistence on getting rid of names that were reminders, every day, of slavery and the damage it did — and was still doing.  As Mask notes:

“One resident, who owned Lee Street Apartments, stood in front of a sign for her building, talking to a reporter.  ‘This history took place two hundred years ago,’ she said.  ‘So what’s wrong?’ ”

For a time, the council members just put up with Israel, one even suggested flippantly that the city could take the “r” out of Forrest and change the street to Forest.  “Why not stab me in the back and take the knife out just a little?” Israel responded.

Finally, though, in 2018, new signs went up on the streets, sending a very different message:

$3 million for an address

But The Address Book, agilely written and invitingly told, is about much more than racism and injustice.  Mask spans the globe as she looks at a wide array of address-related issues, such as:

Chicago comes in for special mention in the book’s conclusion where Mask re-tells the story of Edward Brennan.

Full Disclosure:  The story she re-tells is the one I’ve written about several times over the past 35 years for the Chicago Tribune and other outlets, and she even quotes me.  Still, I think anyone would agree that, objectively, what Brennan did is worth much more attention that it’s gotten.

The short version is that Brennan, a building superintendent and no urban expert or public official, came up with a plan in 1901 to totally change the naming and numbering of Chicago’s streets.

He’s the one who suggested that the city get rid of its separate numbering systems for each of the North, West and South Sides, and replace them with one centered on State and Madison Streets — a unified system in which each 800 of building numbers covered a mile.

And he’s the one who suggested that the city eliminate the dozens of duplicate street names that resulted from the wholesale annexation of previously independent towns, such as Hyde Park.  For instance, there were 13 streets called Washington, 13 called Center and 14 called Park, and nine Forest streets, nine Sheridan streets and 10 Oak streets. Seven streets were called 40th, and eight were called 42d.

And he’s the one who, with the help of a second cousin who happened to be an alderman, convinced the Chicago City Council to carry all this out, and who, over the course of the next three decades, hounded the council to do all it had promised.

Mask tells his story well and even compares him favorably to the much more famous Daniel Burnham, the main author of the 1909 Plan of Chicago.  And she notes that he even has a street named after him, albeit a small one in an obscure wrinkle of the cityscape:

This review originally appeared in Third Coast Review on 6.27.20.