The Assassination of Fred Hampton: How the FBI and the Chicago Police Murdered a Black Panther is much more readable than I would have expected it to be.

This 2010 book by Jeffrey Haas tells the story of a 1969 Chicago police raid on the home of local Black Panther leader Jeff Fort in which Fort and another Panther, Mark Clark, were fatally shot, and it asserts that Fort’s death was murder — an assassination which was planned by Cook County State’s Attorney Edward Hanrahan and arranged by the Federal Bureau of Investigation.

The raid was part of a national FBI campaign to ensure that a black “messiah” did not arise and threaten the status quo.

Haas, one of a tiny group of idealistic white attorneys who worked on behalf of the Panthers (and other Anti-Establishment African-Americans), was deeply involved in legal effort to bring this story to light.

It was an effort that, after a 13-year battle, was so successful that the city of Chicago, Cook County and the federal government ponied up $1.85 million for the survivors of the raid and the families of Fort and Clark rather than face a trial on civil rights violations.

What worried me as I started The Assassination of Fred Hampton was that Haas is a true-believer.

In the 1960s, he believed in the movement of African-Americans and like-minded people to combat oppressive laws, structures and attitudes that were rooted in racism. And he spent his entire legal career working on behalf of the poor and other people on the margins, even after he moved to New Mexico in 2001.

That’s an honorable and commendable way to spend one’s life, but true-believers of any sort — right, left, whatever — often aren’t the best people to tell their story of being involved in an important moment in history.

True, a book by a true-believing participant is valuable as a document that captures the perspective of someone who was there. But such works are often a drudge to read because they’re filled with jargon, pretentiousness and arrogance.

That’s not true with The Assassination of Fred Hampton.

Haas does fall into rhetoric now and again, but, for the most part, his account of the legal effort to tell the world about how the police raiders killed an apparently drugged Hampton as he lay half-asleep on his bed is a courtroom drama that is more focused on tactics, strategies, testimonies and document-sifting than on arguing political theory.

The Assassination of Fred Hampton was written and published more than a quarter of a century after the end of the legal battle, and Haas wrote it in his 60s. The result is something that is much different, I suspect, from what a Haas in his 20s would have produced.

In this book, Haas comes across as a pretty serious guy. He also seems to be a guy who understands that the world view he and his compatriots had in the 1960s was utopian and unrealistic, at least a bit.

It’s not that he makes fun of what he believed then, but he writes about it with an emotional and intellectual distance, such as in this description of the young white lawyers who formed the People’s Law Office (PLO):

We divided the world much as Eldridge Cleaver did: “You are either part of the solution or part of the problem.” The solution seemed to be revolution “by any means necessary.” We felt empowered; we could make history. Only a lack of will or courage could stop us.

As I said, Haas doesn’t say outright that their political views were quixotic and impractical, but he implies it.

There is a wistfulness to his descriptions of what it meant for him and the others in wanting to be a “revolutionary.” (It’s telling, I think, that he puts that word in quotation marks.) He writes:

I, like other “mother country radicals,” as we whites called ourselves, had to figure it out. Tennis? OK, but who had time? Tasty food? A hard one to give up and maybe OK if not overindulged, not too expensive, and everyone got to share — potlucks preferable.

Maintaining relationships with your parents? The radical movement line was maybe, but my gut said try. My parents were more accepting of me than I was of them. There was a distance, but I didn’t burn my bridges.

The Weathermen, who had taken over SDS and with whom we had the closest personal relationships, pushed the line. “Smash monogamy!” they cried, arguing it was the source of patriarchy and women’s oppression. Yet the alternatives of many partners or serial monogamy had their own problems. I can’t say how much we were guided by our theory and how much by our hormones.

Sex? No limit. It was free, but of course they could be an emotional toll. Type? Heterosexual not preferred, but allowed, and most of us indulged heartily. Living in nuclear families? The line said no — kids and parents benefit from a communal setting. I had no kids. For a while we helped with Dennis’s kids, and I did eventually live in a collective. I had many good and a few bad experiences living in a group scene but found it difficult to maintain over a long period of time.

I’ve quoted so much of this because it’s such a slice of a certain sort of life in the 1960s.

Many people today in their 20s, to say nothing of anyone younger, would find all of this hair-splitting very odd.

Tennis and spicy food — subjects for a judgement from revolutionary philosophy? It sounds strange, but I know that it was that way because, while not as deep into the movement as Haas was, I was leaning in that direction.

Another thing that many young people today would find difficult to understand is the use of drugs as a political statement and route to deeper political insight as well as the importance of a person’s feelings and the use of money. Haas writes:

Mind-expanding drugs like LSD? No problem if used to gain better understanding and awareness. Taken infrequently, which I did, they helped me see things I had never seen before and some of these things contained truths even after the trip was over…

Money? The line was to give it to the movement; share it. I did give up most of mine but held out a little, hedging my bet. Dealing with personal issues? The line said, “the personal is political,” which has some truth, but the line didn’t take into account the heart, and often neither did I. I left my feelings out of the equation of what should be done.

Again, Haas doesn’t directly criticize the philosophy of the movement, but his emphasis on what “the line” said to do and his admissions of how he met and didn’t meet expectations contains an implied critique.

Comments such as these make up only a small part of The Assassination of Fred Hampton. Most of the book is rooted in facts about the raid and about the step-by-step effort to bring those facts to light.

Nonetheless, for as well as the Haas book works, I would have preferred a more objective look at Hampton’s killing. There isn’t one. I looked, and I even asked a well-read friend of mine who was a Chicago cop for 20 years or more.

An objective writer — someone without a stake in the event — would have been able to gather facts and insights from both sides and come to conclusions about what happened and why.

Because The Assassination of Fred Hampton is a courtroom drama, there is much of the story that Haas doesn’t get into very deeply.

For instance, I would have liked to have had more on Fred Hampton himself. To the book’s credit, Haas has interviews with his relatives and fellow Panthers. But it seems clear that he didn’t go out of his way to get much from those not so directly tied to the Panther leader, such as the Maywood municipal officials and, well, neighborhood activists and people who lived near the Panther headquarters on the West Side.

Neither did he mine the law enforcement reports, all of which he appears to have eventually obtained through various lawsuits, about who Hampton was and what he was doing. Of course, you have to take such reports with a great deal of skepticism, but my experience is that, if nothing else, they would provide leads to people with something valid and important to say.

What’s also clear is that Haas didn’t take into account the state of mind of the 14 police officers who, under direction from Hanrahan, conducted the raid on the Hampton apartment.

First of all, there was a lot of Panther talk nationally and locally about “killing pigs,” i.e., murdering police officers.

By late 1969, at least four cops in California and Tennessee has been allegedly killed by Panthers. Then, on November 13, two Chicago cops, John J. Gilhooly and Frank G. Rappaport, were gunned down in what police described as a gangway ambush by a Panther.

That was just 21 days before the raid on Hampton’s apartment, and you can bet that it was on the minds of the cops who look part. So, in addition to anxiety among the police about armed Panthers in the apartment, it’s also possible that one or more of them saw the raid as an act of revenge.

Haas mentions the killings of Gilhooly and Rappaport at least four times in his book, but only in passing.

The two police, he asserts, died in a gunfight with an ex-Panther. He mentions that an FBI agent talked with a Chicago police informant within the Panthers about the killings prior to the raid, and he seems to imply that the FBI wanted to use the police anger over the killings to get them to do the agency’s “dirty work.”

In other words, Haas isn’t very interested in the state of mind of the cops on the raid. But an objective writer would have been.

To my mind, the death of Hampton in this raid — yes, the murder of Hampton — was a quintessential event in the 1960s.

It was an event that embodied many of the political and social collisions that were occurring across the nation and were shaping the nation for decades to come.

Bobby Rush, a local Panther leader like Hampton, survived that era and became a United State Congressman from Chicago. Would Hampton have gone that route?

From what Haas says about him and from what I’ve seen in video from that time, Hampton was a charismatic leader, maybe even the “messiah” that J. Edgar Hoover’s FBI feared.

I’m interested in who he was and what made him tick — and how he was like and unlike other black leaders of the time.

I’m also interested in those cops. I understand that it would be difficult for a writer today to get any of those cops who remain alive to talk. Yet, an objective writer would be able to interview other veteran cops about those times and other people who saw the cops in action.

Haas didn’t set out to write the book I’d prefer to see. The Assassination of Fred Hampton is a good book, nonetheless. And, maybe, someday, a writer will build on the book by Haas to create a better one.

Book review: “Beyond Glory: Joe Louis vs. Max Schmeling, and a World on the Brink” by David Margolick 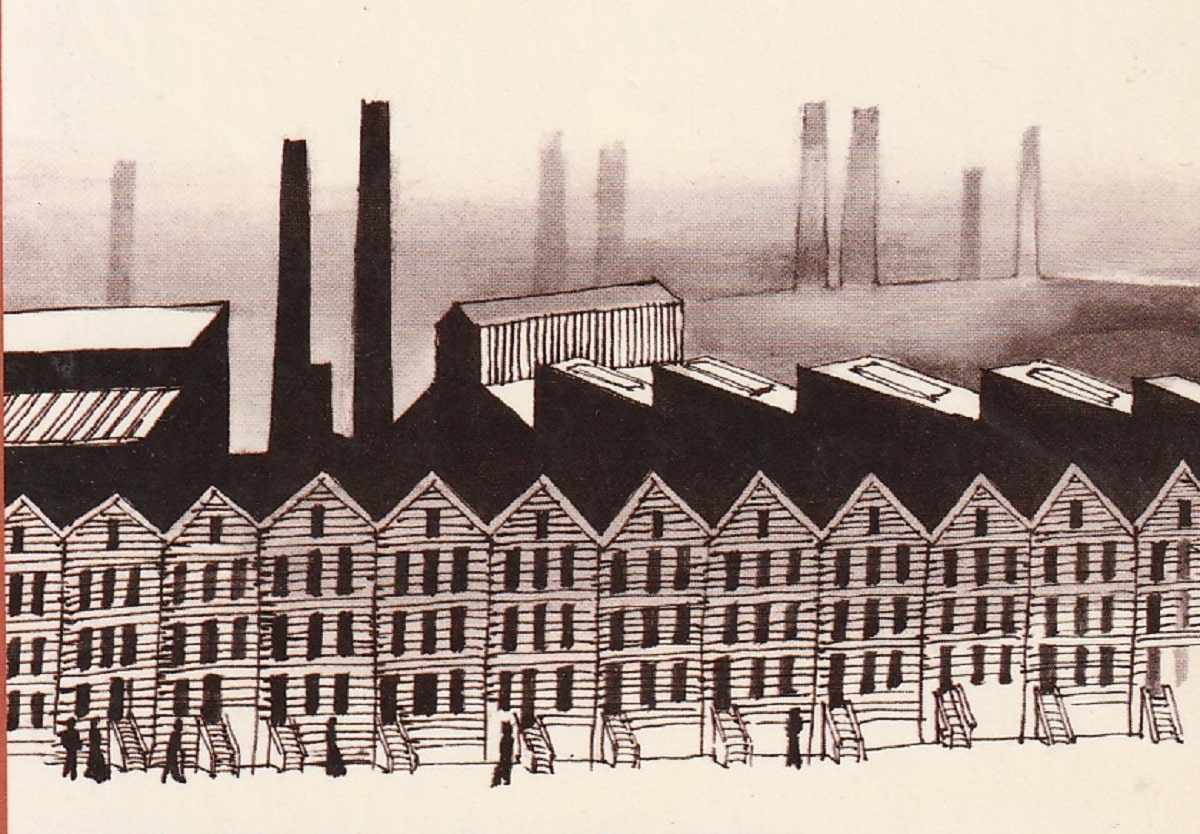