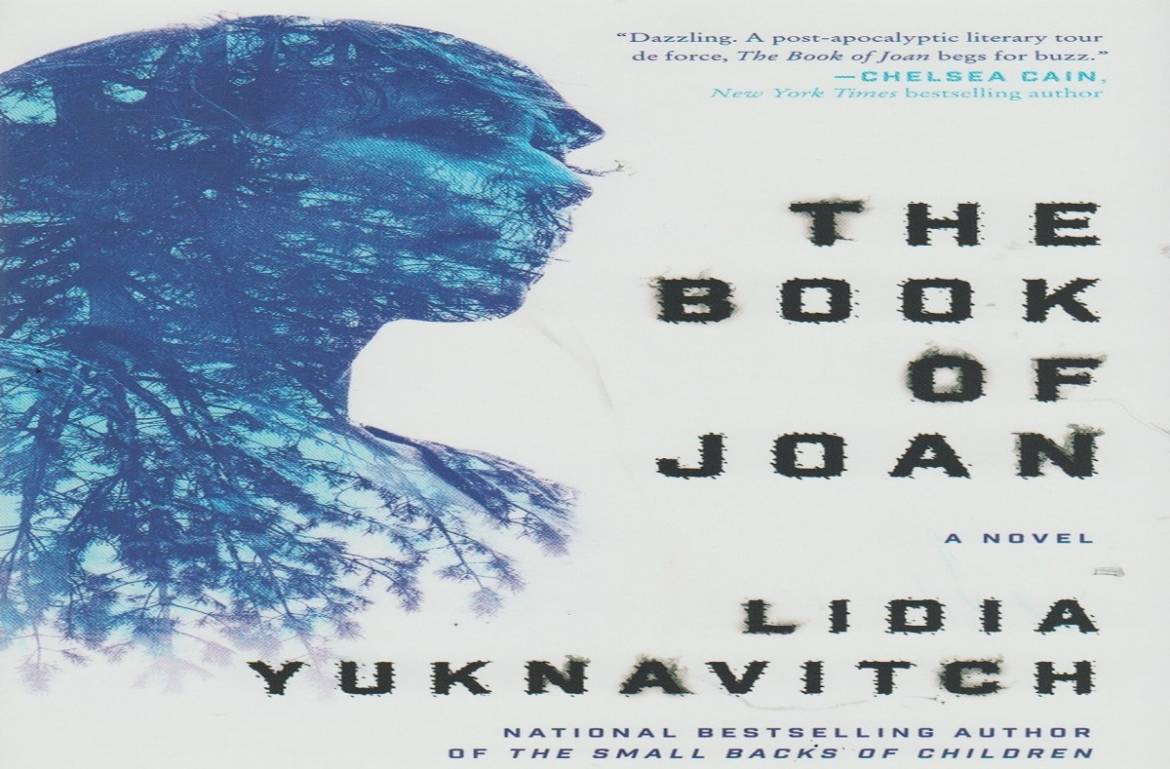 Book review: “The Book of Joan” by Lidia Yuknavitch

In her new novel The Book of Joan, Lidia Yuknavitch creates a central character Joan of Dirt who shares some parallels with the fifteenth-century French heroine and Roman Catholic saint Joan of Arc.

Both are named Joan and grow up in Domrémy, France. Yuknavitch calls it by its modern-day name, Domrémy-la-Pucelle, which means Domremy of the Maid, a reference to Joan of Arc. This, though, goes unremarked by Yuknavitch. Indeed, despite the parallels between Joan of Dirt and Joan of Arc, there is no mention in the novel about the historic figure.

Both Joans, as young girls, begin to hear otherworldly sounds that give direction and meaning to their lives. For Joan of Arc, the sounds were the voices of saints, angels and God. For Joan of Dirt, they were a song — “a hum, like a thousand children hitting the same low note.”

Both, as teenage girls, lead armies and win battles, are captured, labeled by the authorities as heretics and burned at the stake.

But there are many differences.

Joan of Dirt, for instance, doesn’t die in the flames.

Also, while Joan of Arc led soldiers, it appears that she never killed anyone in battle. Joan of Dirt, by contrast, is an expert at slaying her army’s enemies.

Although Joan of Arc’s story was later appropriated by subsequent French governments as a means of glorifying the nation and its power, the life of Joan of Arc was about lifting oppression from her people by driving the English and their allies out of the land.

Her sanctity was rooted in her compassion for the French people, and she took up what she saw as her God-given task without regard to what it would mean to her personally — ultimately accepting execution as a required element of that task.

She died a loser, her fate ignored by her king, alone, her life by every measure of the world a failure and a waste. A quarter of a century later, her reputation was rehabilitated by the French Catholic hierarchy, but that didn’t do anything for the flesh-and-blood teenage girl Joan of Arc whose ashes had been scattered in the fields.

Joan of Dirt is, by contrast, a winner. The ultimate winner.

True, Joan of Dirt, at the very end of the book, willingly gives up her existence as a human being, but she does this at the height of triumph, having vanquished the evil Jean de Men, the mountebank who took advantage of the chaos of the world to create his own spaceship empire in his own image.

And a major cause of that chaos — Joan of Dirt.

Joan of Arc was an athletic, strong, resilient teenage girl, but, even so, physically weak in comparison with the soldiers who surrounded and opposed her. The miracle of her life was that she led not by force, but by force of personality and force of meaning. She believed, and she put her life on the line, and her soldiers saw this and followed her.

By contrast, Joan of Dirt is a superhero who “rose in the ranks with the speed of a miracle when she proved she could win battles by engulfing the enemy in elements.” More specifically, the stories later were told about how,

When she reached out to touch trees or water or dirt, and the entire battlefield buckled like a sheet being shaken, or the earth opened up and literally swallowed the tanks and Humvees and front-line fighters of whomever the enemy was that week, or water simply left its banks at the sides of river and swept fighters away from the knees up.

And, in an ultimate battle with Jean de Men, Joan of Dirt “rested her body upon the dirt, arms spread, legs spread, face down…And the sky lit with fire, half from the weapons of his attack, half from her summoning of the earth and all its [craters] — war and decreation all at once, a seeming impossibility.”

What Joan of Dirt caused, combined with a Sun that was baking the Earth, was a future of chaos, pain, suffering, devastation and death:

Waves and waves of global torture and slaughter waving their way slowly across the planet. Calculated starvations and ghettoizations in the form of so-called refugee camps larger than former cities or even countries where millions and millions perished or killed one another in the crazed haze of being left for dead. Poisoned land poisoned water poisoned aquifer poisoned air poisoned animals poisoned food. Children set to forced labor to collect and surrender resources all over the world, armies of orphans working and killing and dying for an ever-narrowing pinpoint of power — the only star in the sky — a ruthless inhuman grotesque — a darkness made from all of us. She saw survival overtaking the possibility of empathy in such vast swaths of being that people looked disfigured and lost-eyed, as if consciousness receded and an empty-headed nothingness took its place. She saw birds dropping from the skies and bees peppering the world’s roads and fish washing ashore in cascades and deer and bear alike — all manner of animal — including humans — hunted and slaughtered or starved to extinction. Everything consuming every other thing.

She saw unstoppable and perpetual war as existence.

And, knowing this, she brought it about.

It wasn’t quite killing or saving, what she had in hand. Not creation or destruction.

And yet it was all of these.

As Yuknavitch’s characters say at several points in the novel, Joan of Dirt “killed” the Earth.

Ultimately, it is revealed to Joan of Dirt that her role is “to give earth back its life.”

Over and over again in The Story of Joan, there are references to the death of God, to the fiction of God.

In God’s place, The Story of Joan puts the Earth.

The Earth, beyond humans, deeper than humans — the organic being of which humans are a part, but only a part.

In the world of this novel, causing the deaths of millions of humans and turning the surface of the Earth into a scorched, lifeless and lunar-like place, is putting the Earth back at the center of all things.

Yes, there is death and suffering, but, as character after character says, “Everything is matter.”

To go back to matter is not death, according to The Story of Joan. It is simply to take on a new aspect of the common life that is the Earth.

This is a far cry from the life of Joan of Arc who, through her love and her sacrifice, sought to ease the suffering of the humans of her nation.

In The Story of Joan, Yuknavitch is contending that such compassion is short-sighted. Human life is nothing if not interwoven into the life and pulse of the Earth.

This is, as someone once said to Jesus, a hard saying.