David Slavitt’s novel The Hussar is the story of Lieutenant Stefan F———, a young Austro-Hungarian cavalry officer in 1866, new to his regiment and to military life, who, in his bungling callowness, falls into a situation in which he is having sex every other night with an attractive widow in her 40s and, on the other nights, with the woman’s daughter, ardent and beautiful despite a damaged foot.

While many young men might imagine this to be the delight of delights, the arrangement fills Stefan — unprepared for interactions of any sort with women and inexperienced at making decisions for himself about himself — with anxieties over duty to himself and the women, fear of being seen as foolish and totally confused about the direction of his life.

The Hussar, published in 1987, is narrated by Stefan’s superior officer Captain Rudolf Kraus, the worldly bastard child of the worldly bastard daughter of the mistress of Ferdinand I who parlayed her short time in the king’s bed to significant power within the Austro-Hungarian empire.

Kraus — who is eventually told, ad nauseum, all about the affair(s?) by Stefan —  relates the tale with rue, humaneness and a kind of clinical exasperation.  He is sensitive to the young man’s deep naivete but also well-aware of how Stefan is the cause of his problems.

It is a tale that ends with tragedy.  And then more tragedy.

While there is a fable-like quality to the story-telling, The Hussar is rich with the sharp bite of human emotions, no matter how contorted they become, and with characters richly drawn and acting, sensibly and otherwise, within the realities of the situation (and far from romantic conventions, except, in his way, Stefan). 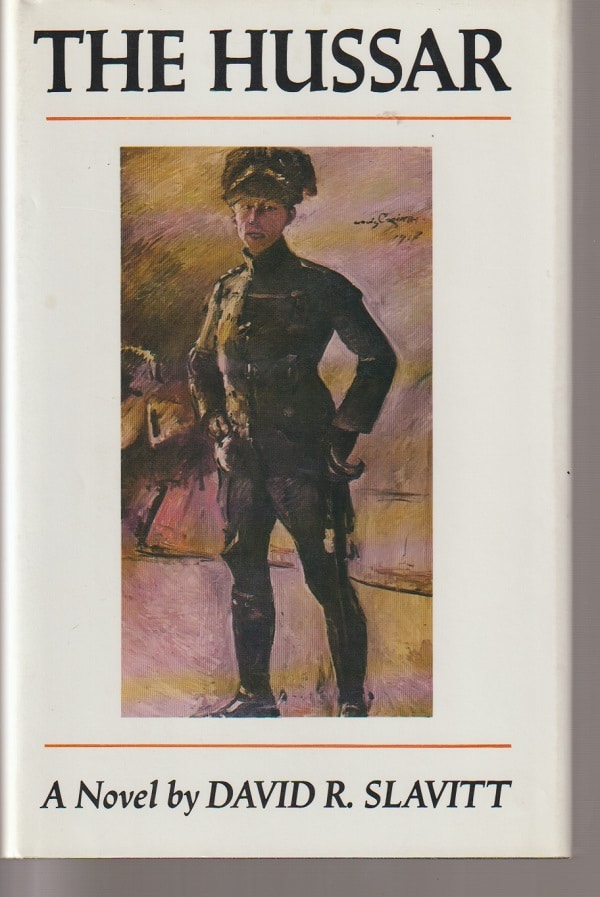 Also, it is as if these characters are plants in a small, quiet hothouse — the sleepy village home of the women where Stefan is billeted and where each day progresses without undue stress, except for the young man.  Even so, that atmosphere is exploded at the story’s end with the intrusion of the broader world.

Roots in a description

Oddly, this one-of-a-kind novel had its roots in another — A Man of Honor written by the Prussian Theodor Fontane in 1883.

The Hussar had its roots in a description of A Man of Honor that Slavitt came across in the New York Review of Books in 1982.  It was in a lengthy discussion of several of Fontane’s works in an essay titled “The Discreet Charm of Fontane” by Gabriele Annan.

Slavitt, who has had a long, varied career as a poet, the Newsweek movie reviewer, author of more than two dozen novels (a good many of which, under a pseudonym, were bestsellers) and translator of at least 44 works ranging from Ovid to the Book of Lamentations in the Bible, writes in a foreword that The Hussar “is the result of a kind of literary parlor game — although a game played in deadly earnest that sustained me at a particularly difficult time in my life.”

It was a game sparked by the Annan essay and its plot summaries of various Fontane novels, including A Man of Honor.

“I was intrigued by the brief outline of the story of a ménage a trois, of innocence and realism, and of honor and violence — a story that seemed to me easier to tell now than it would have been in 1883…

“My thought then was that it would be fun to try to write the book and, when I was finished, to go to the library and get E. M. Valk’s translation of Fontane’s version.  I could see how I had done in comparison.”

Slavitt adds that he wants to be clear that “the story I am telling is Fontane’s story, and that there is obviously an act of homage in any such retelling of another man’s tale.”

A look at the four Fontane-related paragraphs in Annan’s essay shows that Slavitt was far from slavish in sticking to the skeleton of the Prussian’s story.

Like Slavitt, Fontane’s story, as summarized by Annan, has to do with a young officer Schach von Wuthenow (in this case, Prussian) who is having sex routinely with a mother and, on other nights, with her daughter (in this case, scarred by smallpox).

Like Slavitt, Fontane describes a complex relationship that cuts through social conventions, and he fashions a central character, Schach, who in the end can’t handle consequences of his dalliances.  He ends up becoming the laughingstock of Berlin (something Stefan fears for himself but doesn’t have to undergo) and is forced into a marriage with the daughter that he doesn’t want.

In contrast to these similarities, Schach, unlike the callow Stefan, is a proud, preening urbane man who sees himself as a court favorite and has long been a lover of the mother when he, dashing figure that he is, seduces the daughter.  (In comparison, Stefan was the one seduced by the mother.)

The thought of marrying a woman so scarred is “degrading” for Schach.  (Not so for Stefan who confusedly doesn’t want to marry because, vaguely, he feels trapped — although it is true that he does have his fears that his fellow soldiers will snicker at the limp of the daughter down the church aisle, something that, in the event, they don’t do.)

And Fontane doesn’t have a character that parallels in some way Stefan’s Captain Kraus.

So, yes, Slavitt is telling Fontane’s story.  But, in everything but a modest framework, it’s his story.

Slavitt didn’t look at Fontane’s novel until after his had been written. 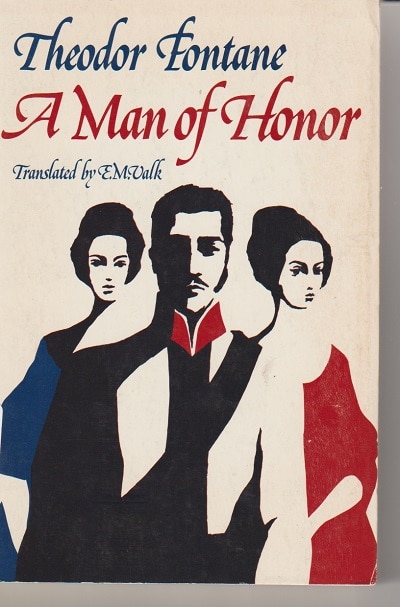 In doing so, he would have noticed a great many other differences.  For one thing, much of Fontane’s story is told in dialogue and through letters as the tale is unfolding in the present.  By contrast, Slavitt tells his story through Captain Kraus who, world weary, is recapping something that had occurred several months earlier.

The tone and settings are quite distinct as well.  Most of A Man of Honor is taken up with debates about politics and policy in and around the Prussian court.  Stefan and his women live, until the novel’s end, in that garden of their own, untouched by and unthinking of the world beyond.

Here is how Schach reacts to the realization that he will have to marry the younger of his two lovers:

Marriage!  And marriage with whom?  With a beauty who, as the Prince had chosen to put it, “had passed through [smallpox] purgatory.”  But I don’t share the Prince’s point of view, I don’t care for “purgatorial processes”…I am hopelessly at the mercy of my brother officers’ taunts and jibes, and the caricature of a serenely happy “country marriage” which, violet-like, blooms in hidden seclusion stares me in the face as a veritable model of perfection…What a life, what a future!”

Schach is disgusted by the thought of marriage to an ugly beauty and to disappearing from the Prince’s court.  Stefan, by contrast, is just anxious and confused:

In fact, he was rather frightened by it….A marriage. A child.  An official series of rites and documents, beginning with the permission of the commander and continuing endlessly, beyond any horizon he could imagine.  He realized, in other words, that he was playing with nothing less than his life — which is a truth the women had of course understood from the beginning and had long ago managed to accept….

He was also intimidated by the unconventionality of the mother’s suggestion [of continued visits by both women to his bed]…He just didn’t have the nerve to think of what he’d already done except as a lapse from another reality, another standard, imprecise perhaps but undemanding — the way most people seem to live.

In the end, both men, for their own reasons, take similar action after their weddings.

It also provides an example of how a writer can follow another’s lead but create something very much his or her own.

Stefan is something of a fool.  Schach is more than a bit of a cad. 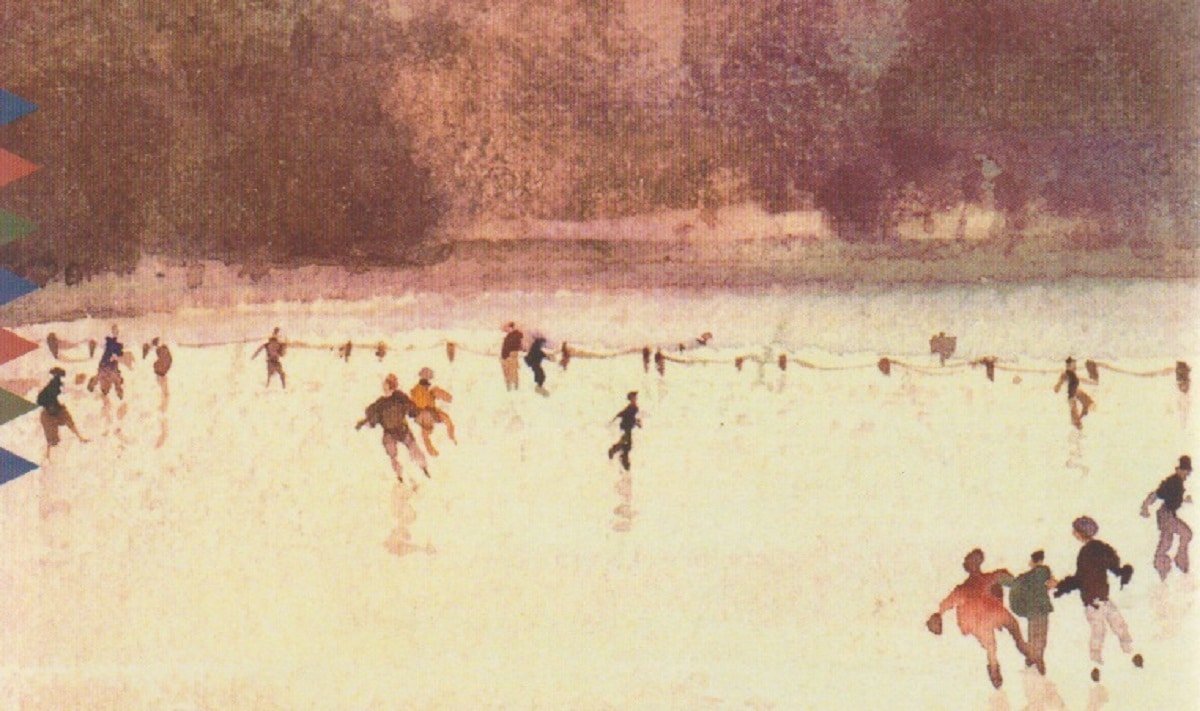 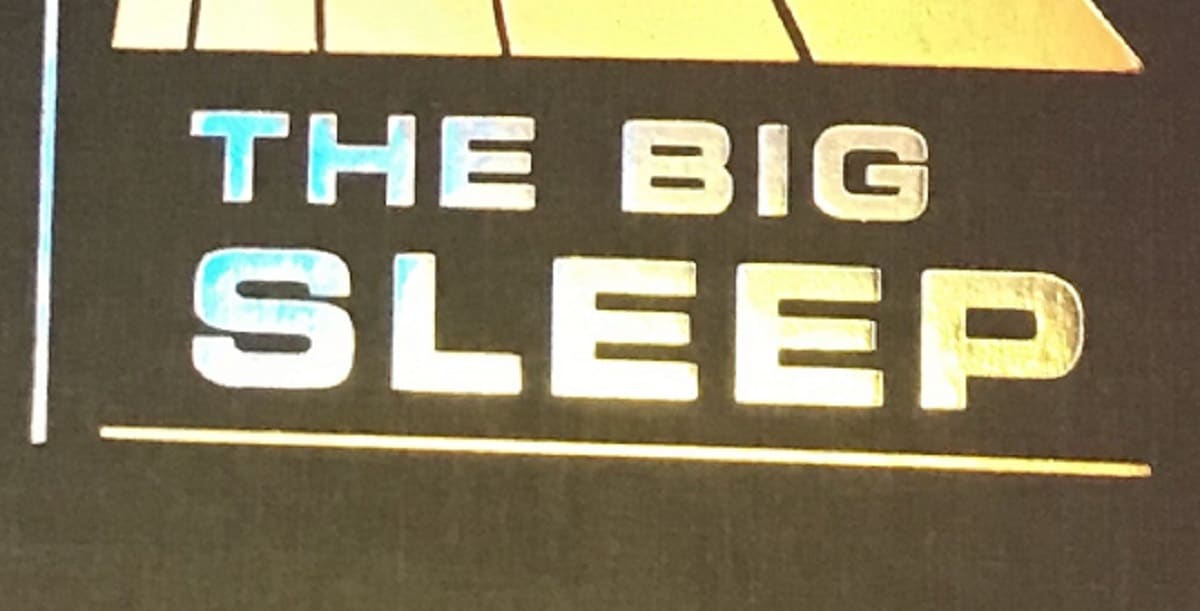