Book review: “The King’s Beast: A Mystery of the American Revolution” by Eliot Pattison

Eliot Pattison’s The King’s Beast: A Mystery of the American Revolution is a potboiler stew of brutality, detective work, derring-do, tribal gods, forest lore, London lore, an evil Earl, torture, a Greek- and Latin-spouting tribal leader, Daniel Boone, the infamous Bedlam hospital for the insane, street urchins and a Benjamin Franklin who often comes across as rather silly and innocent.

It’s based on a recipe that means the reader is likely to find something interesting, fun, exciting and/or educational on just about every page.

And it’s a recipe that’s worked well for Pattison who, with The King’s Beast, has now written six mysteries set in the 1700s and featuring Duncan McCallum, a Scotsman, trained as a doctor, sent to the colonies on a convict ship for treason, a man renowned for his ability to read a dead body and what today we would call a crime scene.

This new one has the subtitle A Mystery of the American Revolution, and it’s set in 1769, seven years before the Revolution will take place.  So, it’s likely that Pattison has more McCallum novels up his sleeve. 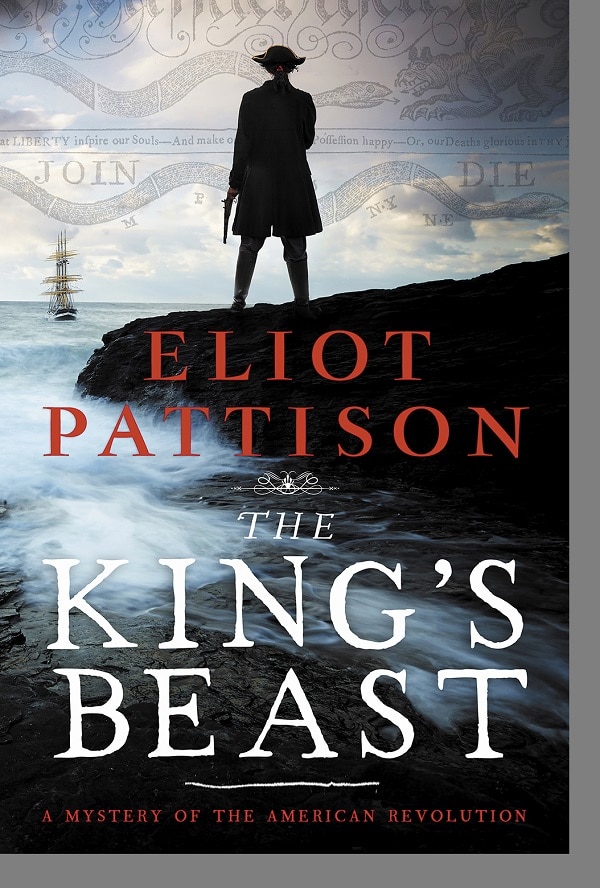 I haven’t read the earlier five novels, but I found The King’s Beast, especially the opening chapters, well-constructed as a page-turner.

Pattison gets a large number of plots and subplots going — including (partial list) the excavation of the bones of an ancient mammoth, a threat to send British troops to cow the colonies, one kidnapping after another, the planned marriage of McCallum and Sarah Ramsey (delayed at the start of the book and still delayed at the end), the mysterious Hephaestus who leads an underground economic initiative called the Covenant, one murder after another, the British Horse Guards soldiers as a sort of 18th-century KGB and au naturel air baths by the 60-ish Franklin — and paces his story-telling well.

I suspect Pattison’s previous readers will find The King’s Beast a fine addition to his series.

Still, I have to quibble with the sheer volume of stuff that Pattison has crammed into this story.  In addition to all the action taking place during the eight or nine months covered by the novel, there’s all the back story about McCallum and other characters from the earlier five books that Pattison works in.

The King’s Beast, for me, seemed always on the edge of dragging.  Certainly, Pattison knows how to hook the reader from one page to the next, and from one chapter to the next. Technically, the novel works well enough.

However, I often felt that the book could have been faster paced if there had been less stuff in the story.

I also found myself wishing for some grit or wrinkle or wart of character.

Each actor in Pattison’s cast is either Good or Bad.  The Good are really, really good, self-sacrificial, jolly and amazing adept at a wide variety of skills.  The women who are Good act like 21-century women, running operations, running businesses, beautiful and smart and clever.  The London street urchins are marvelously sly. High-spirited and goldarn cute.

And the Bad people aren’t just Bad, but they’re bullies, conscienceless child-killers and gleeful torturers, such as the Earl:

“A heavy scent of rosewater wafted toward Duncan as the Earl approached, his eyes wild with cruel desire.”

I may be over-thinking this.

Pattison’s aim is to write a popular novel.  I think he’s done that.