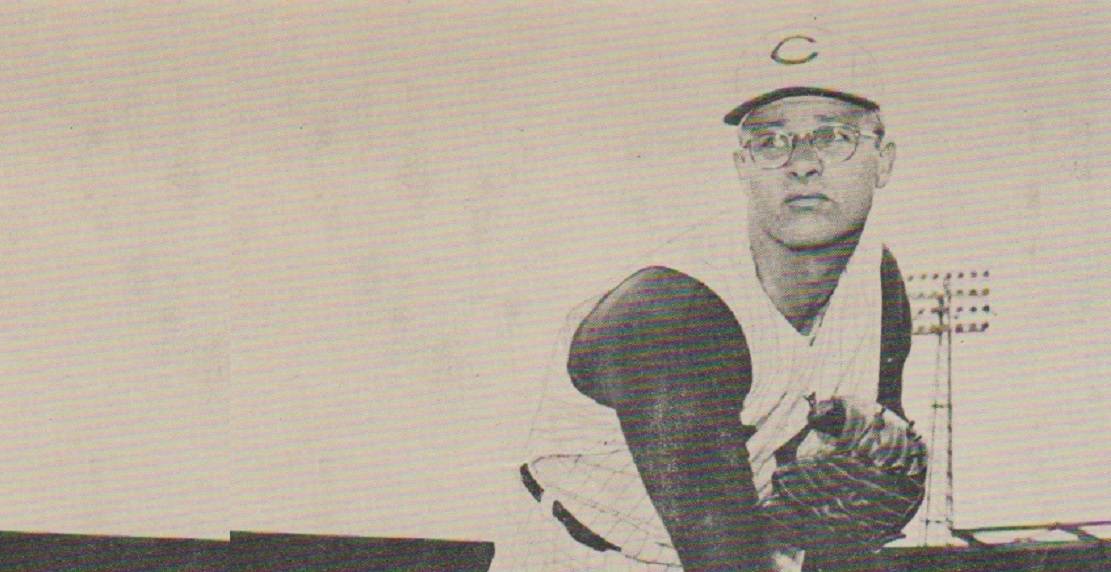 Jim Brosnan’s books about two years in his life as a baseball player — The Long Season, published in 1960) and Pennant Race (1962) — were the first and last of their kind.

The books were the first time an active player wrote about what it was like to go through a baseball season — and off-season. Brosnan, a right-handed pitcher, took readers inside the clubhouse, the dugout and the bullpen and allowed them to listen in as he and his teammates grouse, kibbitz, strategize, scheme and ponder the greater and lesser questions of life.

They opened the door for many other books including the Ball Four by Jim Bouton, a scandalous tome for many baseball traditionalists, and for generations of ex-players who went into the broadcast booth to tell listeners and viewers what was really happening on the field and in the minds of the ballplayers and managers.

Yet, none of those books and none of those color commentators have come anywhere close to being as achingly honest about what it’s like to play professional baseball as Brosnan.

These books, covering the 1959 and 1961 seasons, are love letters to baseball. And also forthright, unguarded descriptions of the physical and, even more significant, psychological pains, joys, frustrations, strains and wonderment of trying to compete at the highest level of a sport.

In title alone, The Long Season gives a glimpse into the grinding marathon that is a baseball season. Many people have jobs that can grow tedious and draining, but, for professional athletes, a season takes place in front of millions of fans and involves triumphs and failures duly noted in the daily box score and the accumulating statistics of a career. It also involves aspects that none of the rest of us face — such as being traded.

Brosnan started the 1959 season with the St. Louis Cardinals, but, on June 9, he found out — by letter — that he had been traded to the Cincinnati Reds.

So, he went to the office of Bing Devine, the general manager of the Cardinals.

I threw off caution and jumped in. “One question, Bing. If you’ll give a frank answer, I’ll be grateful. Why did you get rid of me?”

How many ballplayers have wanted to know the answer to that question? How many of us non-athletes who have been sent packing by our employers have chewed on that question?

How many have ever asked?

Within baseball, Brosnan was  considered literate simply because, as he mentions during The Long Season. he reads books. Other players called him Professor for such habits as well as a certain professorial look that his glasses gave him.

Nonetheless, Brosnan was six-foot-four and weighed around 200 pounds. His wife Anne Stewart, who comes across as a bright and sprightly spouse in the book, called him “Meat.”

In terms of meat, i.e., the physical body that the player has to take onto the field, Brosnan writes of some medical exams during spring training, and notes:

Most of the player-patients were pitchers, and it seems that all pitchers are quite a bit more developed on one side of their torsos than on the other…Outfielders and infielders have no such overdevelopment. Catchers, of course, have underdeveloped brains or they would never have chosen that particular job, but x-rays of their heads would probably be useless.

In another context, he tells about his batting coach, the Hall of Fame outfielder Paul Waner who looked “like a gnarled gnome, the figment of a wild Irish imagination.” Short and thin, Waner seemed more like a jockey than a ballplayer, but a savvy pitching coach once told Brosnan that Waner would “stagger up to the plate with that big bat of his and you’d swear you could throw the ball by him. Zip! He’d snap a line drive right by your ear.”

During the spring training of 1959, Brosnan pitched so well for the Cardinals that he feared what the coming season might bring. If that sounds odd, he explains:

I feel only a mysterious concern for the security that my successful spring has given me. Perhaps the Law of Averages will punish my pride the next time out. In this game you have to do it over and over again…the better you do, the more you are expected to do. Pride’s price, and it is sometimes cruelly exacted by that insidious Law.

Sure enough, the first half of the season is bumpy for Brosnan — he throws bad pitches that get hit hard and he throws good pitches that, also, are hard hit.

He writes with a particular poignancy about when a pitch, bad or good, doesn’t work::

A pitcher learns to tell by the sound whether or not a ball is hit well or not. From the mound you quickly put the three sensations of sight, feel and hearing together, and you know for sure that the ball is gone, man, gone. You watch your pitch go just where you didn’t want to throw it, with not quite as much stuff on it as you wish — and…what a vicious sound a line drive makes!

Whether winning or losing, a major league team is an emotional focal point for countless fans. For the players, of course, it’s much better winning. For a losing club, as the Cardinals were, going to work has its special rings of hell:

A last-place ball club can expect to be the target of a particularly nerve-grating type of booing. We anticipated the raucous jeers of the bully-boy fan who gets his kicks kicking underdogs. Already we had rain. There’s nothing as depressing as being razzed by a cloud.

Ballplayers also know that they will be the focal points of countless stories by sportswriters and sportscasters, and Brosnan writes they “resent being scapegoats, symbols, and story-material rather than normal men with a little extra athletic talent.”

He then goes so far as to add: “Some poeple even claim that ballplayers are human.”

Much of The Long Season has to do with what happens on the field, and, while Brosnan makes it clear that he is deadly serious about his craft as a pitcher, he is also able to poke fun at himself, such as when he tries to score from third base on a grounder to the second baseman and realizes he’ll have to try to barrel over the catcher.

When I could no longer stop the inevitable collision, I frantically hoped that the ball being thrown by Gilliam couldn’t reach Roseboro till i did, and Rosie would hardly have a chance to defend himself by ducking and flipping me over his shoulder.

But the ball did, and Roseboro did, and I did…go head over heels over head over the plate and into the dust. Whomp! I played dead, artistically, according to the Associated Press photographs.

Brosnan lets his humanity shine through in his descriptions of other team members, some of whom he disliked, many of whom he enjoyed, admired, respected. Consider his two managers:

“I said all along we’d start hitting, didn’t I?” said Hemus. (What he said was, “You guys ought to be hitting better than you are.” When did the “you” become “we,” O wise and beloved leader?)

By contrast, consider his description of his manager in Cincinnati:

The smile of Fred Hutchinson is a treasured one. His ballplayers vie hopefully for it. By playing well and winning they earn it. (Hutchinson snorts at plain luck.) Miserly with his laughter at all times, Hutchinson is miserable in defeat. The depth of his frown is in direct proportion to the length of his losing streak. His grappling with frustration is a tableau of tormented humanity.

And here’s his account of his feelings when he learned that his former Cardinal teammate and fellow pitcher Marv Grisson had decided to retire:

He’d always been on the other side until this year, so I could hardly remember his pitching with pleasure. Admiration, perhaps; respect, certainly. Yet, Grissom’s presence lingers in my memory. His was a pleasant, patient personality. He made me feel like someday I might learn to be a pitcher. Marv had class. He was a true Old Pro.

In many ways, the life of a professional athlete is more about failure to achieve the high goals that each player must set for himself or herself, than about triumph.

As Brosnan tells it, a major league ballplayer, particularly a pitcher, is a craftsman who knows that luck and many other factors can influence the outcome of a game. His job is to do his best: “Confidence in himself is his reward; winning is icing on the cake.”

Of course, everything is much sweeter if all that craftsmanship does come with victories:

The confident, winning pitcher is king of the hill. To him just breathing is a pleasure, eating is not just a habit.

Smiling is easier, pitching is fun.