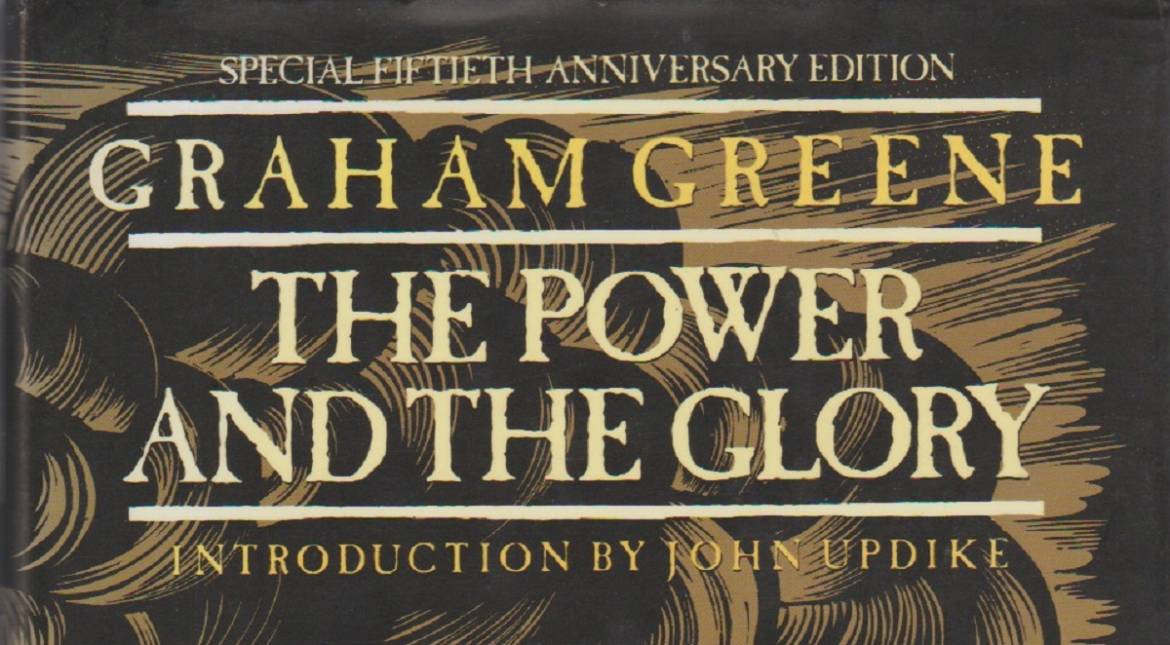 Book review: “The Power and the Glory” by Graham Greene

He is a priest who has been on the run for eight years in a state in Mexico where authorities have leveled all churches in an effort to root out Catholicism. Religious books are banned, and even well-to-do women find themselves in jail if they’re found with one.

It is the middle of the 20th century, and the new Socialist government wants to stamp out superstition. Some priests have fled. Some have stayed and, under duress, have gotten married. Others, like this one, have gone into hiding.

When caught, a fugitive priest is shot for treason.

As Graham Greene’s 1940 novel The Power and the Glory, opens, this priest is the last one at large, offering the sacraments — baptism, confession, the Mass — to believers where he can find them and when they feel it’s safe to be with him.

Most of the time, it’s not safe.

Over the past year, he has celebrated Mass just four times and had heard maybe a hundred confessions.

Now, a fervently anticlerical Army lieutenant is on his trail, and, when the officer finds that a village has been visited by the priest, he takes a hostage. He holds the hostages in a jail in the main city of the state, and, when he wants to retaliate against the priest, he shoots a hostage.

Over the course of several months, he shoots three.

In a home in the city where the lieutenant is based, a mother treasures a forbidden child’s book about a priest named Juan who was a hero, a priest who stood up to the pagan authorities in Mexico and, in the end, was shot by a firing squad. She reads the book to her two young daughters and slightly older son.

At some point in the past, the family had given shelter to the fugitive priest, but the mother has no respect for him.

He is no hero, she says.

The fugitive priest is not named in the novel. This mother calls him “the whisky priest.” He calls himself that name.

He is a man filled with shame and guilt.

He has a weakness for brandy. And, at one point, shortly after he went into hiding seven years ago, he was drunk and had sex with the woman who was hiding him, and fathered a daughter who, the one and only time he sees her, looks at him with hate. It is, for him, “like seeing his own mortal sin look back at him.”

He no longer prays. He no longer follows the fasting regulations (although often he has little or no food). He lives, in many ways, like an animal.

He is weighted down by his sins, but there is no other priest to hear his confession and grant him absolution. He is, he says many times in the novel, “a bad priest.” He feels “his own unworthiness like a weight at the back of the tongue.”

Once, he had been fat and smug, living the good life, catered to by his parishioners, respected, ambitious.

“How time can slip by”

Now, he is simply enduring. Simply surviving as long as he can.

He can find peace and absolution. All he has to do is to cross the river and go into the next state where priests remain free and accepted.

But, for eight years, he doesn’t cross the river.

As he later explains to the lieutenant, he stayed…well, because he stayed:

“The fact is, a man isn’t presented suddenly with two courses to follow. One good and one bad. He gets caught up. The first year — well, I didn’t believe there was really any cause to run. Churches have been burnt before now. You know how often. It doesn’t mean much. I thought I’d stay till next month, say, and see if things were better. Then — oh, you don’t know how time can slip by.”

There had been another priest hiding out, but then he left.

“It was when he left I began to go to pieces. One thing went after another. I got careless about my duties. I began to drink. It would have been much better, I think, if I had gone too. Because pride was at work all the time. Not love of God….

“It was all pride. Just pride because I’d stayed. I wasn’t any use, but I stayed. At least, not much use. I’d got so that I didn’t have a hundred communicants a month. If I’d gone I’d have given God to twelve times that number. It’s a mistake one makes — to think just because a thing is difficult or dangerous…”

Twice, the priest is on the verge of escaping.

The first time, in the opening chapter, as he is planning to get on a boat out of the state, a small boy wearing a big hat and leading two mules comes to him to say his mother is dying and needs a priest.

He knows the woman probably isn’t dying. He knows that there won’t be another boat for a month.

But he goes with the boy.

Then, at the end of the book, he does escape.

He crossess the river. He is taken in by a German couple. He is fed and is gotten ready to go to the larger town where he will find a priest and find absolution.

This time it is the mestizo, the half-caste man — his Judas — who comes for him.

Already, the priest had been afflicted by the half-caste who is hoping for a big reward by turning him over to the lieutenant.

Now he appears and tells the priest that the American criminal who has also been the object of a search by the lieutenant and his soldiers is dying of a gunshot wound and is asking for a priest.

He goes with the mestizo.

And, back on the other side of the river, at the criminal’s hut, he is captured by the lieutenant. And he is brought back to the capital.

And he is shot by a firing squad.

The Power and the Glory is an ugly story about faith and shame and duty and stubbornness and human frailty.

Many have called the novel Greene’s masterpiece, and I think that’s because the priest is so vividly drawn and his inner turmoil is so evocative.

Any reader of the novel can’t help but come away from the book still chewing on the meaty, probably indigestible, questions it raises.

Was the priest right to stay? Was he throwing away his life? Was he overly critical of his past actions? Was he doing any good?

There is a danger of coming up with glib answers to these and other questions elicited by the book.

For instance, the reader could argue that the priest wasn’t doing good since hostages were killed in retaliation to his work, and, as it was, he rarely had the chance to act as a priest.

Yet, there are many indications that his presence in the state was important.

Consider how much work the authorities went through to find him. Consider, too, the message his presence sent to all other Catholics, hiding, as they had to, their faith from the prying eyes of officials.

Those Catholics might not keep a religious book — or they might, even if it risked landing them in jail. In either case, they knew that they weren’t alone. That somewhere out there was a priest who was standing up, in his frail way, for their faith.

Yes, even though, in the end, they didn’t want him in their village for fear of retaliation, their knowledge of his presence in the state was a support for their continued belief.

Greene seems to have had a sense of this. After the priest is shot, the last pages of the novel describe the arrival of another priest to take his place.

A life of faith

The priest is wracked by guilt, and, today, more than three quarters of a century later, it may seem that all he needs is a bit of psychotherapy or some psychotropic drugs.

Greene is writing about a man in the middle of the 20th century who is trying to live a life of faith. Leave aside that this is religious faith. Just think of it as faith in something that gives meaning to his life.

You have beliefs that give meaning to your life, and so do I. These beliefs might be that all people should be treated well, or it’s best to have a lot of money, or obesity is a sin.

Just accept that this priest has a faith. Indeed, he has high ideals. And he has failed to live up to them. He has sinned against those ideals.

He sees himself as a failure.

Even so, even with this sense of himself as a sinner, he doesn’t do the one thing that, within his faith, will give him relief from his guilt and shame. He doesn’t go to the other state to find another priest to give him absolution, or, when he does, he doesn’t carry through.

What does this say?

He sees himself as a drunk and a fornicator and a “bad priest.” Yet, he stays to do the work that he believes is important work — to provide the sacraments and spiritual comfort to others.

He puts others ahead of his own needs.

He lived his faith

Maybe, on a practical level, he’s wrong-headed to do this. Maybe you could tote up the pluses and minuses and say that, if he had fled, some hostages would be alive and the lives of the poor wouldn’t be any different.

In response, it could be argued that it was good for those people to have a hope that they wouldn’t have had if he had left.

But all that’s beside the point.

The key thing is what the priest thought and did.

What he thought and what he did was he stayed. He voted with his feet. He lived his faith in a way that said that his absolution, while it would have been so cleansing, was less important than being present to the peasant believers.

Was he wrong? Given his faith and ideals?

If I have a faith in something — something that gives meaning to my life — that faith requires me to live in a certain way.

The priest felt that his faith required him to live in a certain way. And die.

To me, that makes him a hero.