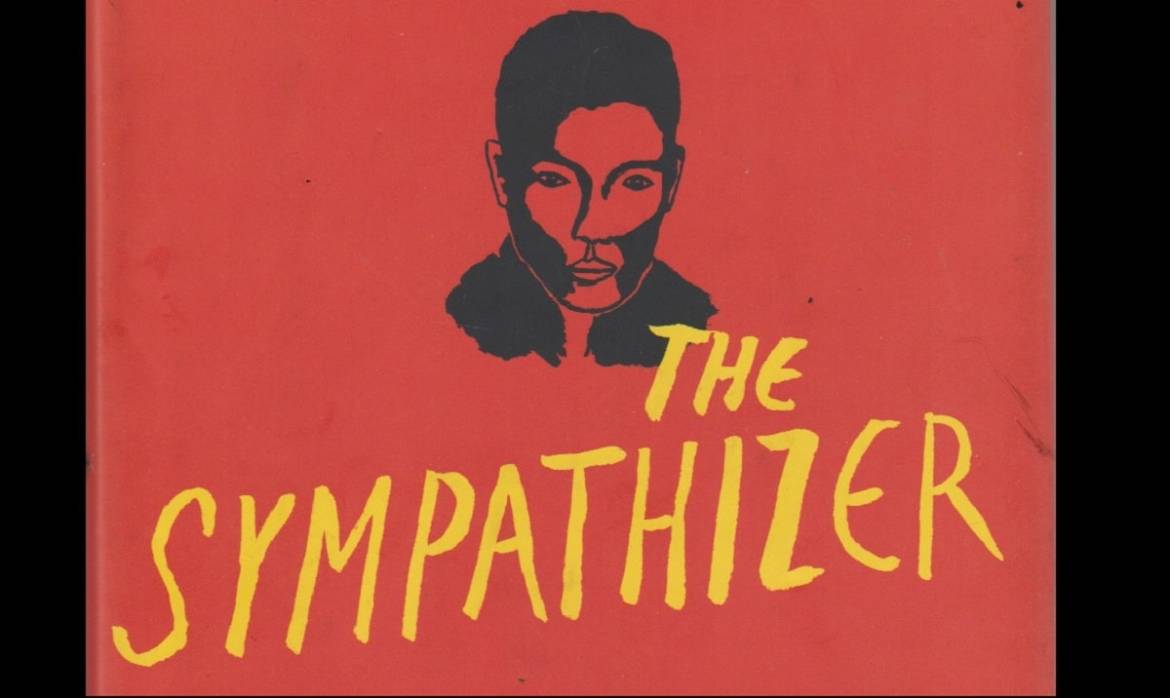 At the end of Viet Thanh Nguyen’s 2015 novel The Sympathizer, the unnamed narrator and central character asks a series of questions:

These are the metaphysical issues at the heart of The Sympathizer, the winner of the 2106 Pulitzer Prize for fiction, but that’s not clear until the very end of the novel.

Instead, the novel seems to about living in two worlds as the narrator suggests with these words that open the book:

I am a spy, a sleeper, a spook, a man of two faces. Perhaps not surprisingly, I am also a man of two minds…I am simply able to see any issue from both sides. Sometimes I flatter myself that this is a talent, and although it is admittedly one of a minor nature, it is perhaps also the sole talent I possess.

“The dust of life”

Born in the northern section of Indochina in 1945, the narrator is recruited as a teenager by U.S. agents to be educated at Occidental College in Los Angeles and, later, to serve his spymasters as a liaison within the South Vietnamese Army, working as an aide to the General.

However, he is already a Communist sympathizer, having joined a three-boy cell in high school, led by a boy named Man, one of the narrator’s three blood brothers. The other blood brother is Bon, not a member of the cell and, later in life, a fiercely patriotic South Vietnamese soldier.

So, the narrator is divided in his two closest friendships — Bon the democratic patriot and Man the Communist agent. He is also divided in his birth, having been conceived out of wedlock by a white American Catholic priest and a 14-year-old Vietnamese girl.

He is a bastard, “the dust of life,” an Amerasian with a foot in both continents. His mother told him this was a good thing: “Remember, you’re not half of anything, you’re twice of everything!” He is not so sure.

When the Communists are about to win the war, Man orders the double agent to accompany the General and his entourage to the U.S. to continue his spying. There, he gets a job at Occidental as a secretary for the chair of the Department of Oriental Affairs, an elderly blowhard who spends hours lecturing the narrator on his position on the line between two worlds.

At the chair’s urging, he sits down one night to draw up a list of his Oriental and his Occidental features, e.g., “self-effacing” as an Oriental and “occasionally opinionated” as an Occidental.

When I shared this exercise with him the next day, he said Splendid! A fine beginning. You are a good student, as all Orientals are. Despite myself, I felt a small surge of pride. Like all good students, I yearned for nothing but approval, even from fools.

His story is told almost exclusively in the first person in a confession that he is writing in a Communist prison in the reunited Vietnam. The prison commandant is angry with the narrator because, in telling his story, he writes of the South Vietnamese as if he were one of them. In response, the narrator writes:

I confess to having spent almost my whole life in [the company of South Vietnamese] I cannot help but sympathize with them, as I do with many others. My weakness for sympathizing with others has much to do with my status as a bastard which is not to say that being a bastard naturally predisposes one to sympathy….

I credit my gentle mother with teaching me the idea that blurring the lines between us and them can be a worthy behavior. After all, if she had not blurred the lines between maid and priest, or allowed them to be blurred, I would not exist.

Yet, it isn’t only the Communists who criticize the narrator.

Also, the General, the leader of the South Vietnamese in exile in Los Angeles, who tells him, “Do you know what your problem is, Captain?…You’re too sympathetic, the General said.”

The narrator also writes in his confession about his experience as a consultant on a movie somewhat akin to Apocalypse Now, essentially serving as the middle man between the white American crew of the director, called Auteur, and the Vietnamese who are hired dirt cheap to play Vietnamese.

When he has the temerity to question the Auteur about the brutality of a rape scene, the director dismisses him as “a sellout” — which, of course, he is, in a way, although, it must be noted, in the service of the Auteur.

It must also be noted, though, that the narrator himself finds something morally wrong in what he is doing — “I was little more, perhaps, than a collaborator, helping to exploit my fellow countrymen and refugees.”

n his one role as a South Vietnamese, anti-Communist agent, the narrator engages in interrogations at which he seeks to squeeze information from prisoners who, in his other role, are his comrades and whose information he already knows.

Nonetheless, he has to appear to do a good job or, even, do a good job, and that requires him to “figure out how to be both enemy and friend” to the person being grilled.

This is especially difficult in one case where, for a moment, the prisoner turns the tables on him, snarling, “You’re a bastard, and like all hybrids you are defective.”

While clever, the remark is a mistake because it angers the narrator to such an extent that he seeks to prove his lack of defects by concocting a deviously simple, yet effective way to break the prisoner.

Later, in Los Angeles, he finds himself caught in a bind in which, to prove his commitment to the ideals of the General, he will have to assassinate two men whom the General thinks are double-agents but the narrator knows are not.

He carries out the first, but, when it is time to do the second murder, he can’t help himself. He tells the intended victim that, like him, the narrator is a Communist. The victim doesn’t believe him and pays with his life.

I confess I do not know what brought me to make my confession to him…I had worn my mask for so long, and here was my opportunity to take it off, safely….

I cannot be the only one who believes that if others just saw who I really was, then I would be understood and, perhaps, loved.

One could argue that the insight here should be that life isn’t a question of friend and enemy. Rather, we are all one people despite differences.

But that’s not where the narrator lands in his often painful, sometimes terror-filled, musings. He has lived at the border, and, it appears, he cannot envision a world without that border.

The vision is bleak.

And is it sane or insane to believe, as so many around up apparently do, in nothing?

Words, ideas, philosophy mean nothing, it appears, in the face of the divide that The Sympathizer seems to say is the heart of human life.