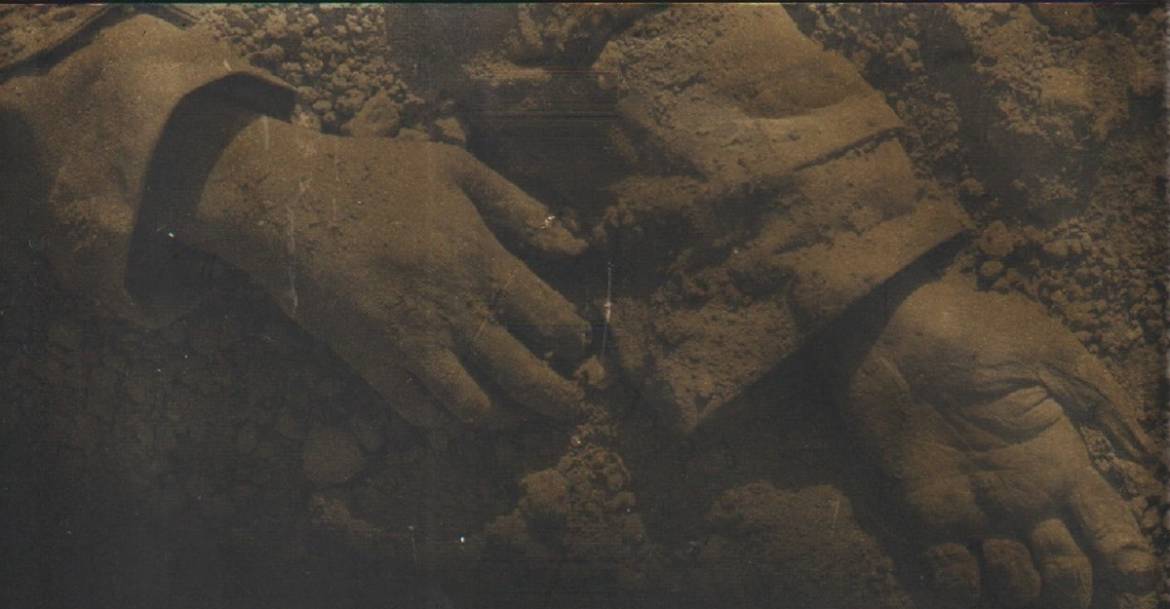 Book review: “The War That Killed Achilles: The True Story of Homer’s ‘Iliad’ and the Trojan War” by Caroline Alexander

In the Homer’s Odyssey, Odysseus takes a trip to Hades where he encounters many of his former comrades from the Trojan War, including Achilles who asks him:

endure to come down here to Hades’ place, where the senseless

Cheerful, like a clueless visitor to a deathbed, Odysseus seeks to reassure the one who is “far the greatest of the Achaeans,” by reminding him that, in life, he was honored like the gods and, now, he has great authority over the dead. “Do not grieve, even in death, Achilles.”

But the Greek hero is having none of that.  He knows.

“O shining Odysseus, never try to console me for dying.

I would rather follow the plow as thrall to another

man, one with no land allotted him, and not much to live on,

than be a king over all the perished dead.”

That says it all — “I would rather follow the plow…”

At the cost of a life

Caroline Alexander ends her 2009 The War That Killed Achilles: The True Story of Homer’s ‘Iliad’ and the Trojan War, a book-long commentary and discussion of Homer’s first epic, with a recounting of this scene from its sequel.

It is, in a way, Homer’s final word on the subject of war, a restatement of what Achilles and the poet say over and over again in the Iliad — that honor and glory have no meaning, no value, no worth, at the cost of a life.

Although generations of soldiers have been taught that the Iliad is a celebration of glory and honor, although centuries of the slain have been exalted for the honor and glory they won, that isn’t what the Iliad is about, Alexander argues persuasively.

It is about, she says, confronting head-on the valuelessness of honor and glory at the cost of a life.

“To sail back home again”

Here is what Achilles has to say in the Iliad on the subject:

“I carry two sorts of destiny toward the day of my death. Either,

if I stay here and fight beside the city of the Trojans,

my return home is gone, but my glory shall be everlasting;

but if I return home to the beloved land of my fathers,

the excellence of my glory is gone, but there will be a long life

left for me, and my end in death will not come to me quickly.

“And this would be my counsel to others also, to sail back home again.”

Alexander repeats this twice, once halfway through her book when it occurs chronologically in the Iliad and then on the second to last full page of her text.

At the first mention, she summarizes what Achilles is saying:

“Life is more precious than glory; this is the unheroic truth disclosed by the greatest warrior at Troy.  More extraordinary than its subversion of a conventional story line — the anticipated and triumphant return of the gift-laden hero — is the Iliad’s very deliberate confrontation with the core tenets of its own tradition.

“That glory, honor, and fame are more important than life is a heroic convention so old it can be traced securely to Indo-European tradition; integral to this heroic view is the belief that glory — kleos — is achieved through heroic poetry, in other words, through epic.

“But, with his unimagined speech, Achilles hijacks the Iliad, taking this particular epic onto thrilling new ground.”

And, after the second mention, she recounts the scene from the Odyssey, and, on her book’s final page, writes:

“But the Iliad never betrays its subject, which is war.  Honoring the nobility of the soldier’s sacrifice and courage, Homer nonetheless determinedly concludes his epic with a sequence of funerals, inconsolable lamentation, and shattered lives.

“War makes stark the tragedy of mortality.  A hero will have no recompense for death, although he may win glory.”

“No quarrel with the Viet Cong” 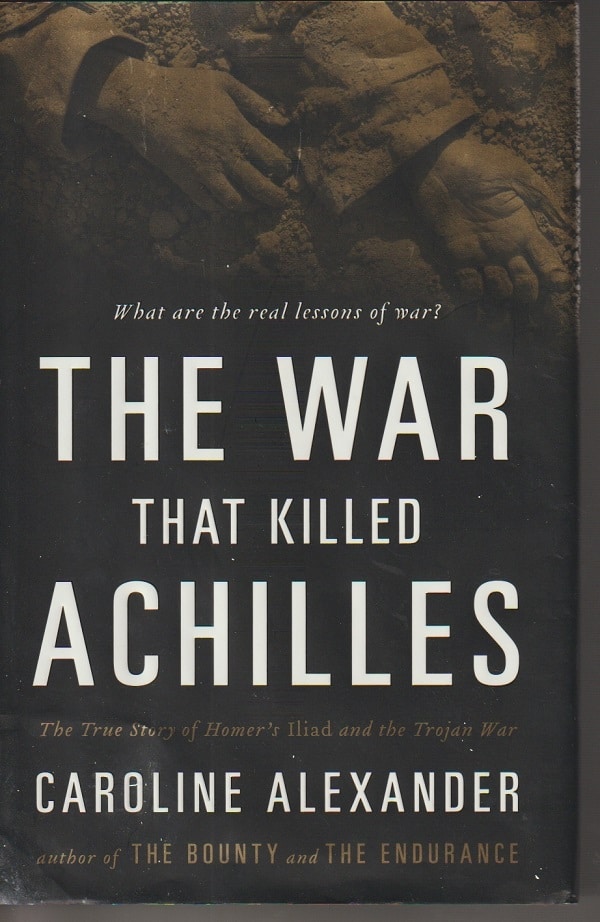 Throughout The War That Killed Achilles, Alexander references two recent and particularly tragic conflicts — World War I and the Vietnam War.

In fact, at the beginning of the book, dealing with the beginning of the Iliad, Alexander notes that Achilles walks away from the battlefield and takes his army with him in a dispute with Agamemnon, the Greek army leader.  Agamemnon is petulant and prissy about the loot taken in the previous nine years of war to an extent that he exasperates Achilles who knows that loot has no value against the loss of a life.

He tells Agamemnon that he, like everyone else, came to Troy as a favor to the leader and his family from whom Paris stole Helen:

“I for my part did not come here for the sake of the Trojan spearmen to fight against them, since to me they have done nothing. Never yet have they driven away my cattle or my horses…”

(Achilles only returns to the fighting when his close friend Patroklos is slain in battle with the Trojan hero Hector.  Then, it becomes personal.)

Alexander notes that Achilles “is challenging the bedrock assumption of military service — that the individual warrior submit his freedom, his destiny, his very life to a cause in which he may have no personal stake.”

And she points to a more modern example: Muhammed Ali refusing to fight in Vietnam, saying:

“I ain’t got no quarrel with the Viet Cong…No Viet Cong ever called me nigger.”

“Sympathy for the human being”

In the Iliad, the deaths in battle of some 250 warriors are described by Homer.  All are gruesome and meant to shock to listener/reader, as Alexander points out:

“Narrated, as it were, in the heat of battle, the swift, graphic descriptions of wounding and killing are endowed with just sufficiently realistic detail to render even the more far-fetched scenes believable; Homer ‘knew where the major organs were,’ as one medical authority has stated…

“More important, the deaths are also clearly intended to be pathetic, and on this point the Iliad parts company with conventional heroic saga…

“The vanquishing warrior may carry the action, but the audience’s emotional attention is diverted to the fallen foe.  This personalizing quality ensures that most of the Iliad’s deaths are perceived — perhaps only fleetingly — to be regrettable….In the Iliad glory is usurped by sympathy for the human being, possessed of a family and life story, who has been extinguished.”

As Alexander sees it, the Iliad is, from start to finish, an anti-war epic, at least when it comes to glory and honor, and loot.

“No one wants to be here; everyone regrets that the war ever started.  Everyone wants a way out.”

But no one finds a way out — although Achilles nearly does.