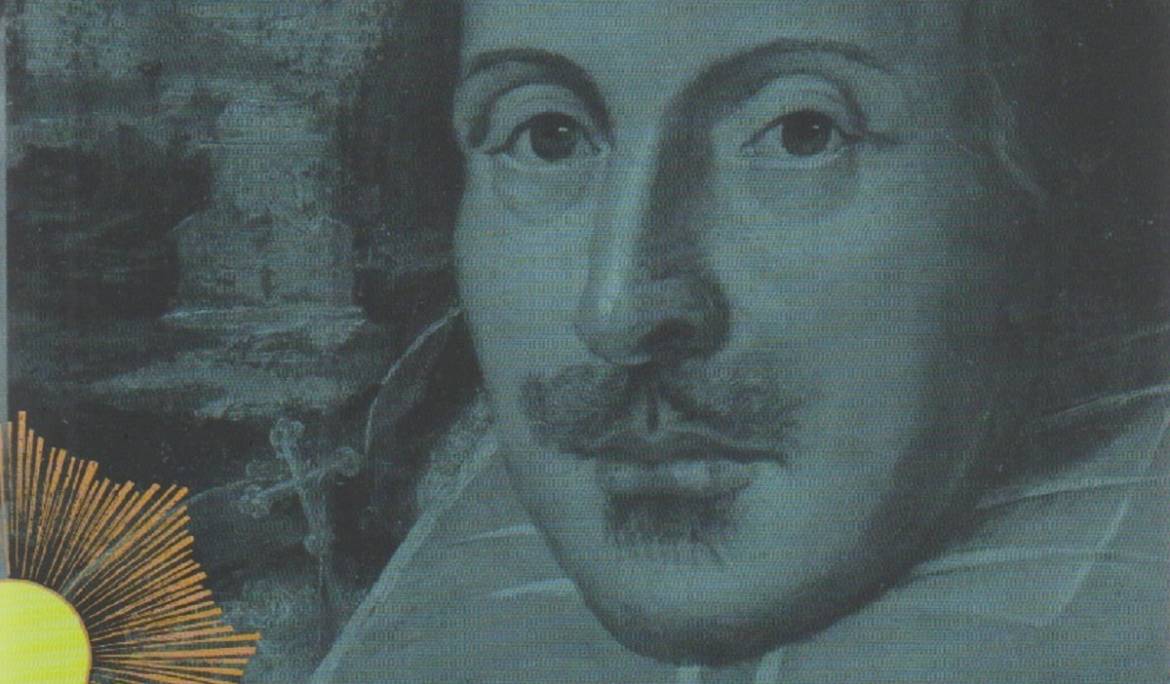 What I do in this book is give everyone interested in reading, watching, interpreting or performing the plays a good look at the religion around Shakespeare.  Circumstance is my subject.

There has developed a cottage industry of books and other writings which attempt to use Shakespeare’s plays and poems as evidence that he was a Catholic or a Calvinist or the disciple of a “hybrid faith.”  But Kaufman asserts, “I am not mining for that metal…Circumstance — the religion around the playwright, not his faith or the plays’ proper interpretations — is my subject.”

Kaufman notes that some scholars read the plays in which Falstaff is featured and assert that he is a parody of puritans, at least as they were depicted by their opponents, since “Falstaff spouted sanctimonious judgments while remorselessly grasping at wealth and influence.”  Or, as one proponent of this argument writes, he is “a thoroughly worn out and flabby…type of Protestant hero.”

On the other hand, Falstaff’s name was originally Oldcastle which, Kaufman points out, “would have reminded playgoers of the proto-Protestant hero [of the same name] martyred during King Henry V’s reign.”

Is the depiction of Falstaff a method of promoting Protestantism or of making fun of it?

Why not, Kaufman suggests, a simpler explanation — Falstaff as an entertainer?  Falstaff as a character who is entertainingly crude and lewd, reminding playgoers of men they’d seen in London taverns and on the city’s streets?  (And men who still can be seen today in bars and around virtually any town.)

Falstaff might have been created and played for fun; we know he proved popular and therefore too profitable to be left for dead.  After seeming to snuff him out, Shakespeare resurrected him in his Merry Wives of Windsor.

Much of Religion Around Shakespeare is like that, with Kaufman looking at how a character or a scene or a play has been promoted by some scholars as showing in a subtle way that the playwright was Catholic or had Catholic sympathies, while others argue that it shows he was a conformist Anglican or a reformist Anglican.  And, often, even within those general categories, there are further delicate shadings of faith that are reflected in other interpretations.

When Kaufman goes into this on-the-one-hand-on-the-other-hand stuff, he gives each side its due, but makes it clear that, as he sees it, none of the arguments is ultimately convincing.

But Kaufman’s main subject isn’t a dissection of these scholarly squabbles. It’s the presentation, in clear, jargon-free prose, of the religious landscape of the playwright’s era — how religious believers in England grouped themselves, how they viewed each other, how they faced the key religious questions that arose and how political issues, including who happened to sit on the throne, impacted all of this.

In other words, Kaufman, an expert on religious history, is sketching out the religious ambiance of Shakespeare’s time — the religious element of the air that he and his contemporaries breathed, the world they walked through, the texture of their existence.  Religion as one of the key circumstances of life.

Think of it this way: If this sort of book were to be written about the religion around Barak Obama, it would not try to tease out his religious beliefs but would delve into such subjects as Fundamentalism, the pedophile scandal in the Catholic Church, the role of the church in African-American life and the abortion issue.

Books for the curious mind

This series brings to mind another growing set of books on a similar topic: The sprightly, readable and always interesting Lives of Great Religious Books from Princeton University Press, which, so far, includes volumes on 17 great spiritual works, such as The Book of Common Prayer, the Dead Sea Scrolls, the Koran in English, The Book of Mormon and the Book of Job.

If Kaufman’s book is a good measure, the Religion Around series will be as meaty and enlightening as the Lives of Great Religious Books.  The books in both series are aimed not at experts — although I would bet that experts could read them with enjoyment and edification — but at the general reader.

These are books for the curious mind, for a reading sensibility that wants to see the world in context.  Religion, even for the non-believer, is a subject that has had an impact on life throughout human history.  Yet, it is one that, in this secular age, is often overlooked.

When viewing or studying a Shakespeare play, it’s more rewarding to have a sense of the religious context in which it was created as well as its political, social and physical context.

It’s also useful to have a commentator such as Kaufman who is willing to see in a Shakespeare play more than propaganda for a particular religious sect — to see the art at its core.

“An ambivalence that was fundamental”

The title figure is a Roman general who, after great military success and despite great misgivings, runs for consul.  But, when it comes time to kowtow to the plebeians, he can’t stomach it and, instead, rails against popular rule.  He flees, leads armies against Rome and, although successful, is assassinated.

Kaufman notes that scholar Brents Stirling argued that the play was Shakespeare’s diatribe against the hoi polloi, the masses, and, by extension, against the conformist religious literature that had stirred them up.

Yet the religious attitudes of conformists and nonconformists alike were vastly more complicated than Stirling assumed.  Indeed, the public apprehension he identified signaled an ambivalence that…was fundamental to early modern religious reform in England; the “thoroughness” of Shakespeare’s contempt for the crowd is too often overstated, as are his “populism” and his characters’ fondness for or affinities with “the poor discontents.”

Coriolanus, Kaufman asserts, is nowhere near as cut-and-dried as Stirling argued.  He notes that another scholar, Frank Kermode, described the play’s “daunting ambiguities” as making the drama “probably the most difficult in the canon.”  What Kermode seems to be saying is that it’s difficult to know what point Shakespeare is trying to make here.  Is he arguing that the crowd is a danger?  Or the protector against the aristocracy?

Kaufman, very sensibly, suggests something else:

Yet the drama’s apparent ambiguity can, in reality, be ambivalence.  And Coriolanus looks to be a splendid illustration of the ambivalence towards commoners among laity in the realm’s religious communities that were just then pondering proposals to redistribute authority and new ways to maintain exemplary discipline.

As Kaufman explains, a major question of the day was whether the Anglican hierarchy should continue to control who would be the pastor of what church or whether the people of that church should be able to select their own leader.

In that case, there was no clear-cut answer at all.  Just as there isn’t in Coriolanus.

Indeed, scholars continue to debate what religious faith, if any, Shakespeare had because his plays and poems aren’t religious treatises. They are great art. They are about the full length and breadth of humanity — they are poetry, not prose.

It is that recognition that is at the core of Kaufman’s explication of efforts that seek to reduce this universal literature to the talking points of a religious argument.

Please take a look at the other reviews in this series: Tyrant: Shakespeare on Politics by Stephen Greenblatt and Lear: The Great Image of Authority by Harold Bloom.