And so begins Jules Verne’s Two Years’ Vacation, also known as Adrift in the Pacific, a novel originally serialized in twenty-four installments in 1888.

It was also part of Voyages extraordinaires (Extraordinary Voyages), a series of fifty-four Verne novels, published between 1863 and 1905.  During that period, the author was cranking out a new book every nine months or so, some of which were truly extraordinary adventure stories, such as Journey to the Center of the Earth (1864), Twenty Thousand Leagues under the Sea (1870), Around the World in Eighty Days (1873) and The Mysterious Island (1875).  Others made little impact in the publishing world, such as The Sea Serpent (1901) and The Kip Brothers (1902).

While not one of Verne’s best, Two Years’ Vacation is a short, fun, energetic boy’s novel about challenge and strife in the face of unbending natural and social realities. It’s told with verve and imagination, if not great psychic depth.

The castaways include fourteen boys from Charman’s boarding-school in Auckland, New Zealand, and Moko, a black twelve-year-old, the sole professional sailor, albeit a cabin boy.

Their wild voyage began three weeks earlier while they were sleeping on the schooner prior to embarking on a two-month holiday trip.  All of the eight crew members were on shore for a final night of leave, except for Moko.

But he fell asleep, and, in a trick by one of the schoolboys, the moorings were cast off, and, by the time Moko and the others awoke, the yacht was adrift far out to sea.

During the weeks of trying to keep the ship afloat, three older boys assumed positions of leadership — Gordon, a 14-year-old American; Briant, the 13-year-old son of a French engineer; and Donagan, 13, English like all the other boys, known as Lord Donagan for his aristocratic arrogance.

Three story lines develop on the uncharted spot of land in the ocean that the boys name Charmin Island.  One has to do with the efforts of the boys to find a way to survive, including the creation of a colony centered in a cave named French Den by the group, and another involves the collision of egos among the three Alpha males.

These two lines were echoed more than six decades later by William Golding in his 1954 novel Lord of the Flies.  While that book chronicles a descent into savagery, Verne’s Two Years’ Vacation is lighter, gentler and more innocent.

All three of the leader boys turn out to be plucky fellows although, at one point, Donagan accuses Briant of cheating at a game of quoits. Verne writes:

From this state of things it resulted that the harmony so necessary to the peace of French Den was destroyed.  Life in common became very uncomfortable.  Except at meal-times Donagan and his three friends lived apart.  When bad weather kept them indoors they would gather together in a corner of the hall, and there hold whispered conversations.

Eventually, Donagan and his three allies decide to leave French Den and found a new colony elsewhere on the island.  The situation looks more than a bit dire.

In the end, though, it turns out that Donagan’s a good guy.  Briant saves his life, and then, later, Donagan is stabbed by a shipwrecked pirate while protecting Briant with his own body.

That shipwrecked pirate is one of nearly a dozen who, during the final third of the novel, threaten not only to disrupt the new world the boys have been creating but, even worse, to kill them for their food and housing.

This third plot line involves several pitched battles in which the future of the island and the boys is determined. 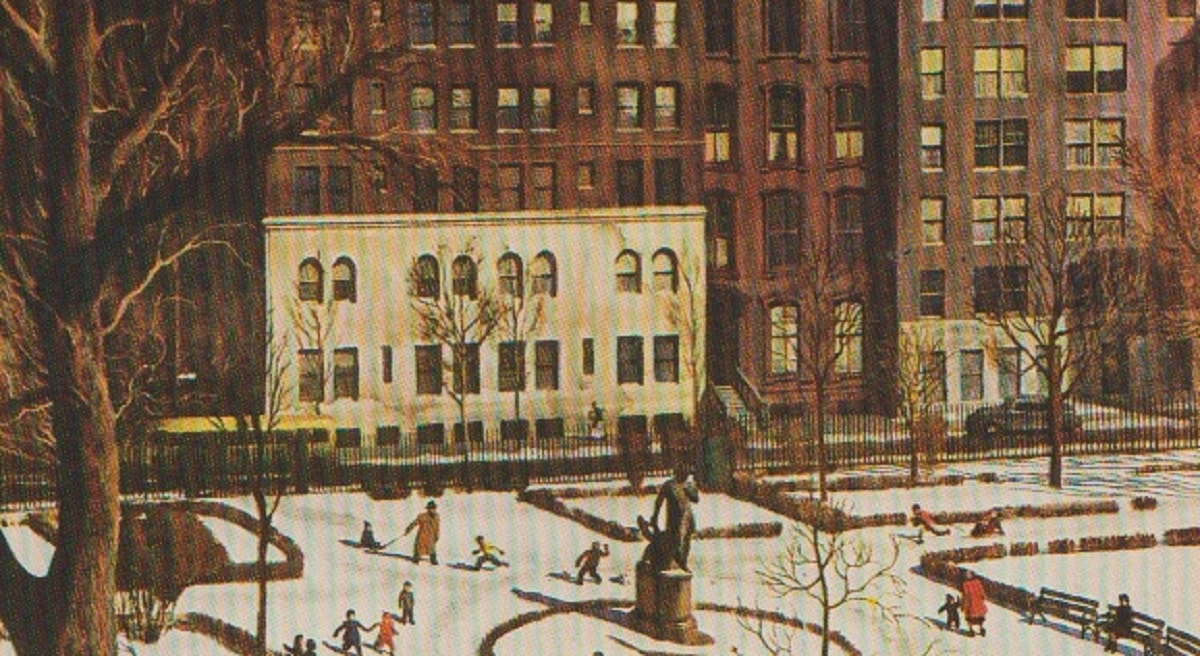