The second half of Andre Norton’s 1969 Uncharted Stars is a fast-paced chase that is one of the best extended sequences in her 200+ books. This is the section that has to do with zero stones that have great power and something to do with earlier space civilizations, perhaps one of the Forerunner cultures. 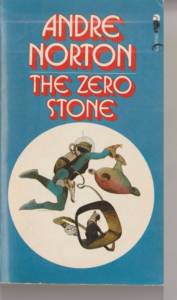 Norton introduced these particular gems in The Zero Stone, a year earlier.  Uncharted Stars was a sequel to that novel and the end of the story.

Both books are unusual for Norton inasmuch as they feature first-person narration by the central character Murdoc Jern, an orphan who is on a cosmos-wide search for zero stones which led to the murder of his adoptive father.

Along with Murdoc is Eet who looks like a small catlike animal but is actually an intelligent being.  In the earlier book, Murdoc found a rock-like seed on a strange planet, but the ship’s cat Valcyr ate it, was suddenly pregnant and, a short time later, gave birth to the being that Murdoc calls Eet.

Not only is Eet smarter and better skilled than Murdoc, he’s also a telepath.  In the first book, he and Murdoc are able to “talk” to each other this way.  In the second, Eet teaches Murdoc a trick in which a being is able to change the way others perceive its shape, face, etc.  In other words, it’s an internal way to disguise oneself.

I found the first part of Uncharted Stars, like The Zero Stone, too random, complicated and episodic for my taste.  That’s because they chronicle Murdoc’s wandering search for zero stones and then their source.

A map in hand 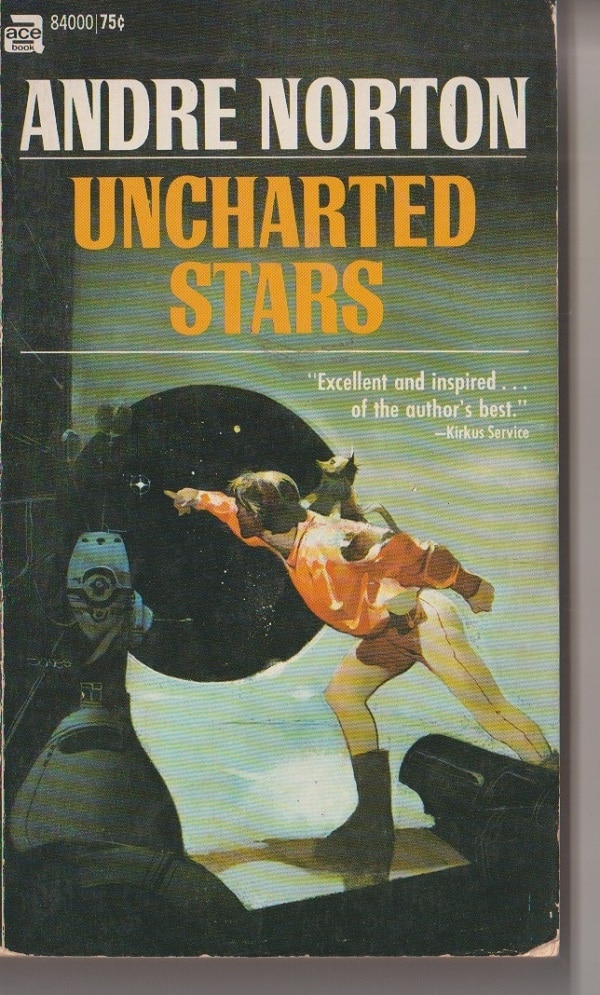 With the second part of the second novel, Murdoc and Eet have in hand a map that will lead them where they want to go — if they can stay out of the clutches of the pirates chasing them.

Along with them on this journey is Zilwrich, a member of the much-older (but not as old as the Forerunners) civilization of Zacathans.  These beings are particularly interesting to me because, unusual in science fiction, they are “the historians of the galaxy,” as Norton explains:

“Being exceptionally long-lived by our accounting of planet years, they have a bent for the keeping of records, the searching out of the source of the legends and the archaeological support for such legends.  They knew of several star-wide empire s[the Forerunners] which had risen and fallen again before they themselves had come into space.”

“For better or worse”

One interesting aspect of Uncharted Stars was its parallels to the first Star Wars movie that showed up in theaters eight years later.  These include:

An even more interesting aspect is how the end of Uncharted Stars has several actually surprising twists and turns, one of which involves romance for Murdoc.

In her science fiction, Norton didn’t write much about romance, but that’s the note on which this novel ends — a moment when Murdoc and his very surprising lady decide upon their “partnership” that will be “for better or worse, for ill times and good.”

Murdoc, you may kiss the bride.