Elizabeth Wetmore’s Valentine, set in rural West Texas in 1976, is a novel of relentless and brutally raw outrage, a fury-filled howl of women caught in a life and a world in which they are abused, ignored, patronized, debased, abandoned, threatened, harassed, demeaned and exploited.

It is a novel that never lets up in its compulsion to depict the bitter desperation, anger and isolation of a small group of women whose lives awkwardly and haphazardly intertwine.

One is able to flee, but at the cost of rending all ties with her young daughter.  Another finds a way to self-respect and control of her life, but only through attempted murder.  A third has to work feverishly to bury her past and maintain a brittle front of respectability and success.

Not so much a novel

At the core of this wrathful novel, though, are four women — Debra Ann, a preteen; Gloria, a 14-year-old Mexican girl; Mary Rose, a young mother; and Corrine, an elderly widow — who are overwhelmed at every turn by the circumstances of their male-dominated existence.  The best they can offer each other is a hesitant companionship. But each remains scarred, isolated and bereft.

This is not so much a novel as a primal scream.  It opens with the aftermath of Gloria’s rape.

“Still as a corpse” 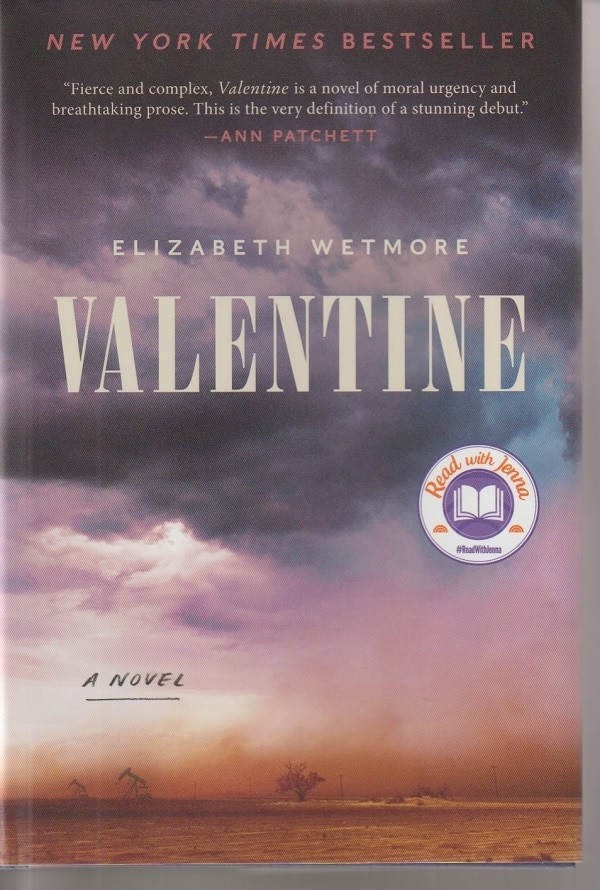 Wetmore, a West Texas native who now lives in Chicago, chronicles the unrelenting blows that these women take, and mirrors them in her descriptions of the landscape and natural world they inhabit:

At one point, Debra Ann thinks: “Today, Aimee’s mother looks like a reed in a windstorm, …. hanging on, hoping she can bend enough to survive.”

The world of these women is one with a rich history of desperation.  For instance, one woman’s grandmother told her a wealth of stories, such as:

In the spring of 1935 a cattleman’s wife served lunch to a dozen ranch hands and then hanged herself on the front porch.  She didn’t even wash the dishes, Grandma said, just set them in the sink, took off her apron, and walked upstairs to change into her favorite shirtwaist.

That was just one of many:

[Farm women] got lost in sleet storms and on their way home from church.  They ran out of food and firewood in the middle of a blizzard. They buried babies that had been picked up and flung against the earth by a twister, and children who wandered into the yard during a dust storm and suffocated on the dirt from their own front yards.

Those mornings “still as a corpse” and those stories of babies slammed to earth by tornados are the setting in which the plot of Valentine plays out, in which the reader watches the four women at the center live out their lives.

It is more of the same.

It opens with Gloria, barefoot in the desert, walking away from her rapist, and ending up on the porch of Mary Rose.  The rest of the novel has to do with the wait for the rapist’s trial, its judgement and repercussions.  Even more, though, Valentine has to do with the mourning and sorrows, small and large, of these four women — the uncertainties and losses, the yearning and desolation, the forlorn dread of facing the start of every day.

Some of the men in the novel, such as the rapist, are evil, out and out.  Most, though, are immature, preoccupied or ineffectual. Potter, the one who is perhaps the most reasonable and affectionate to his wife, nonetheless, makes a unilateral decision about ending their relationship.

In this novel, it is as if men and women are of different species, one of which always has the upper hand.

This review originally appeared at Third Coast Review on 7.30.20.