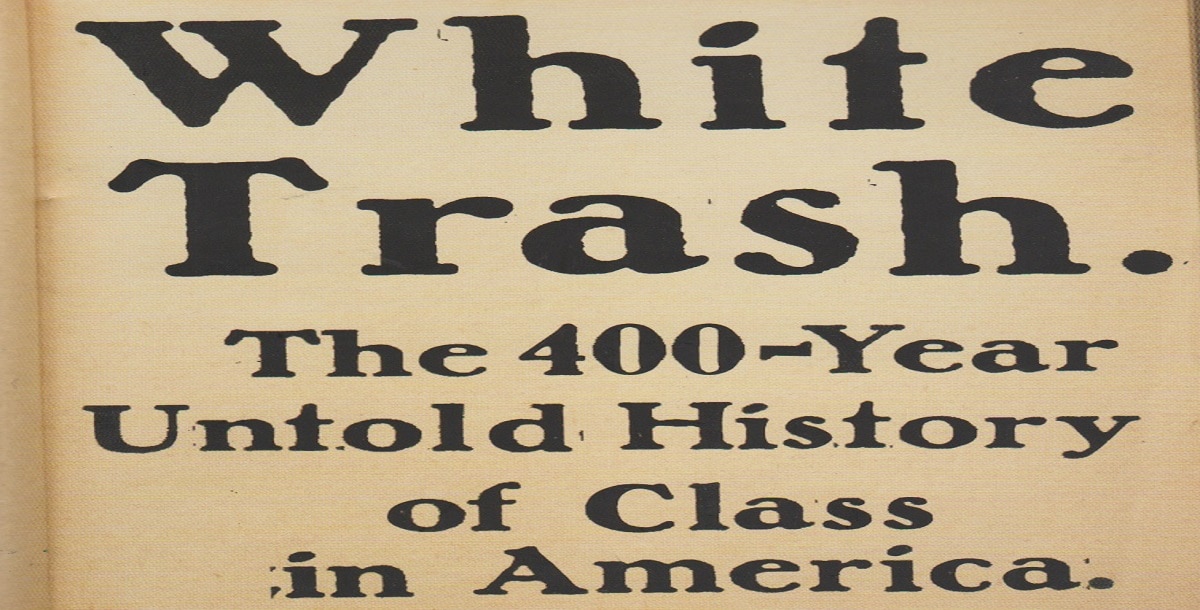 Well, this book is a mess.

Given its title, White Trash: The 400-Year Untold History of Class in America by Louisiana State University history professor Nancy Isenberg would seem to be a book about a certain group, or class, in American society.

But, throughout the book, Isenberg adamantly and continually avoids defining that group.

And, sometimes, she’s not talking about white trash at all, but about the fact that, from the beginning, there was the stratification of classes in the British colonies and then in the new United States.

She is shocked — just shocked! — at the reality that there are rich and poor in this nation, and that it’s hard for the poor to rise up the economic ladder as, ideally, they are supposed to be able to do.

I acknowledge that this book, riding its White Trash title, may lead to other, better books. Isenberg’s text hints at what some of those books might be:

I’m sure there are already books on these subjects. In fact, Isenberg mentions a great one — Let Us Now Praise Famous Men by James Agee and Walker Evans. The value of that great book was that it took a specific family of sharecroppers and looked at them as human beings and described in exquisite detail their lives and their world. It was specific, clear and direct.

White Trash, by contrast, is a scattershot effort in which Isenberg throws anything that might be somewhat related to her cloudy theme against the wall, hoping that at least some of it will stick.

I think it would be a great service for some writer to look deeply at white trash and, in a specific, clear and direct way, tell their story.

In doing that, however, this hypothetical writer would have to take into account something Isenberg consistently dodges, specifically, these questions:

Yes, there are poor people in this nation. But taking this unfocused approach to one subset of that group of poor people doesn’t do anyone any good.

It is not as if there is a dearth of data on any of this.

During a long career at the Chicago Tribune, I covered many of these issues, and I know how complex they are.

It would be good to try to identify who it is when we talk of white trash and what their lives are actually like and why they live lives that way.

Even better, though, would be to identify and understand how the various subgroups of the American poor are alike and different. To recognize that, even though people are in subgroups, they share the same poverty.

To be seen and heard. Clearly.