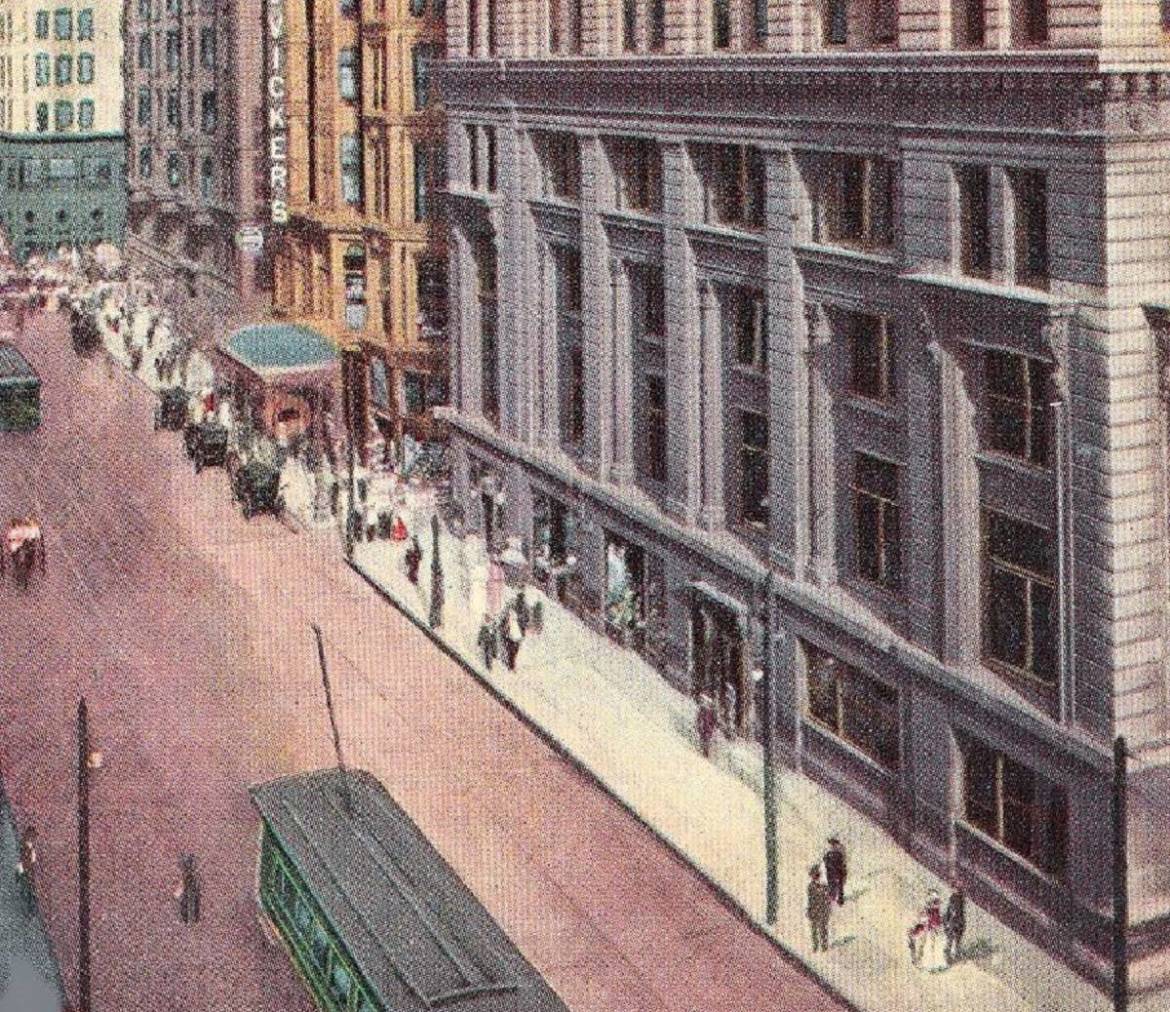 Chicago history: When the Tribune’s home was covered in “deep chocolate” soot

With great fanfare, the Chicago Tribune celebrated its new headquarters on the southeast corner of Dearborn and Madison Streets on July 23, 1902. It was the seventh location for the 55-year-old newspaper, and the third erected on that spot.

The newspaper was proud as punch of its new home and wasn’t shy about tooting its own horn. (After all, this was a journalistic institution that, beginning in 1911, would refer to itself for decades as “The World’s Greatest Newspaper.”)

In a 32-page special “historical supplement” on that July day, Tribune writers rhapsodized about the new building as “one of the handsomest and best-equipped newspaper offices in the world.” Headlines, over photographs and stories, proclaimed the new building’s virtues:

But perhaps the newspaper’s greatest boast was in another headline: “Building One of City’s Sights: New Home of ‘The Tribune’ Already One of Chicago’s Prominent Show Places.”

Alas, as handsome as the building was and as certain as the newspaper writers were of its continued beauty, it would fall victim very soon to the scourge of major cities everywhere in the world during the age of coal power — smoke.

The bottom two-thirds of the Tribune Building, looking pristine, are visible in this postcard looking east on Madison Street.

Tribune Tower, built in 1925 at 435 N. Michigan Ave. was the newspaper’s eighth location and achieved official city landmark status in 1989. It has been the paper’s home for 91 years, but not for long.

On August 30, the Tribune reported that Los Angeles-based developer CIM Group has agreed to buy the building for up to $240 million from its present owner Tribune Media. The newspaper’s lease on its offices in the structure run through the end of 2018.

The Tribune Building on Dearborn lasted as the newspaper’s headquarters for only 24 years. Reporters and editors moved into the 12-story structure on April 29, 1902, and, over the next year, the building was expanded to 17 floors.

The Dearborn Street location, just a block west of State Street, was the site of three successive homes of the newspaper. The first office and printing plant there, erected in 1869, was destroyed in the Great Chicago Fire two years later; the second was built in 1872. That structure was razed 30 years later to make way for the paper’s much-heralded new home.

“Preserving all the beauties”

The Tribune Building, looking more than a bit sooty.

Like many a Loop skyscraper in that era, the new Tribune Building had the look of a layer-cake with different color brick and stone delineating various sections of the façade:

“From the outside in Dearborn street one sees a building that is at once striking in its simplicity and richness; beautiful in outline, and yet impressive in its size. For four stories up it is of Bedford stone, cut to classic shape, and above that level it melts without a suggestion of a line into the gray white pressed brick, with its terra cotta trimmings.”

But, as the Tribune crowed, the Italianate building wasn’t just pretty — it would stay pretty.

That’s because it was “chemically treated in its outer walls with a view to preserving all the beauties of shade and finish which belonged to it when it left the hand of the builder.”

“The defacing effects of smoke”

Well, that was the idea.

The reality, less than a decade later, was much different, as one reader, Charles W. Anderson, pointed out in a 1911 letter to the newspaper.

The Tribune Building, he wrote, had taken on “a deep chocolate hue” after less than a decade of suffering “the defacing effects of smoke.” Indeed, he noted that the newspaper already had workers attempting to scrub “the blackened brick and stone surfaces” clean.

This was a problem throughout Chicago’s downtown and along its outskirts. Every building was lacquered with layer upon layer of grit and grime, discoloring the exterior to a deep dinginess.

“It would be interesting,” Anderson wrote, “to know how many hundredweight of concreted soot” would have to be eventually removed from the façade of the Tribune building. And he added: “What a harvest of solidified grime might be gathered from all the exposed masonry in the loop district.”

Anderson finished on a poetic note that might or might not have been all that consoling to the Tribune and other owners of soot-stained downtown buildings:

“The river tug rampages on its way, trailing forever its dusky plume through the city’s heart. The factory chimney, while less aggressively than formerly, is still a persistent offender.

“Our average downtown sunset is a saffron smudge. At its worst it is what the impressionist might term a nocturne in lamp-black and mustard.”

This essay originally appeared in a somewhat different form in the Chicago Tribune on 9.4.2016.