After Howie Harrington asked me if I would make this tribute to Marty Kirk — of course, I said “yes” — I read Ted Cirone’s short biography of his friend. (That’s Marty to the left in the banner image with Ted. ) And I rummaged around in my memory, and I did some searching on the internet.

I was surfing for information about a book that I remembered Marty wrote about prayer.  It turned out to be titled Prayer and was published in 1971 by Claretian Publications.

Listed as a co-author was Ron Liszkowski, a U.S. Catholic editor.  I knew Ron a bit because, for the two summers after my junior and senior years at St. Louis University, I worked for U.S. Catholic as what today we might call an editorial intern.  In that job, I got to do a lot of very mundane stuff, but it was thrilling for me since it was real magazine journalism and I also got to write some stories of my own.

Also, I was a seminarian at the time in the Claretian missionary order, and it was my hope as a Claretian to someday serve as the editor of U.S. Catholic, the most prominent of the order’s many publications.

One of the workaday tasks that I had to do on occasion was to take a small Claretian Publications book and reduce its 20,000 words to, say, 4,000 so it could run in the magazine.  Actually, it was always a fun puzzle to take on, figuring out what to slice away and what to retain.  In my memory, that’s what I did for Marty’s Prayer book.

This was half a century ago.  Nonetheless, there was a line in Marty’s book that struck me at the time and has stayed with me, helping to shape and direct my spirituality.  It was something like:

“You don’t have to be in a church or to kneel down to pray.  You can pray on a crowded el car, just by closing your eyes and talking to God.”

That’s how I remembered it.  When, through the magic of the internet and a few bucks, I got a copy of that booklet, I found that my memory wasn’t far off.

Marty was writing about meditation, about how we “open ourselves to God.”  And he wrote:

“Mental prayer for many people would more likely come about in the car, the bus, the subway hurrying to work in the morning, thinking about the impending events of the day, trying to work them out as efficiently as possible before setting them in motion.”

A little later, Marty talked about how this sort of prayer compared to the rote recitation of, say, the rosary and concluded:

“The individual on the subway who spends two or three minutes lining up his day, searching his mind for ways to do the things which mean the most for God, for himself, for the people he works with and for his family, all in the context of making the world a more human and more holy place to be — his prayer may be the more authentic.”

Being open to the Word of God

You have to understand that I was riding the el and subway to and from the U.S. Catholic offices on Madison Street every workday throughout those summers, and I’ve ridden endless numbers of el and subway cars over the many decades that have followed.  That’s partly why Marty’s reflection on such public transit praying stuck in my mind.

Even more, it was a lesson in the informality of faith and worship. I’ve come to understand that I can — I have to — find my own way of being open to the Word of God and the movement of the Holy Spirit.

For me, that has turned out to be writing — writing about spiritual and religious things but also writing about anything, with honesty, authenticity and humility.

All that from a single line by Marty about a crowded rapid transit car.

Of course, that summer when I was whittling down Marty’s little book into an article came after I had spent four years under his care in the Claretian community on the ninth floor of Lewis Memorial, the former Coronado Hotel, in St. Louis.

Before arriving in St. Louis, I sort of knew Marty even though I’d never met him.  As a writer and then editor of The Stepping Stone, our high school newspaper, I’d occasionally look through old issues and random manila folders of photos, and, in many, there was one guy who stood out, even though he seemed to be shorter than everyone else.

I was one of many guys at St. Jude during those years who had horrible acne, and this guy from the past, who was named Marty Kirk, also had bad acne.  But he was always smiling.  Always smiling and with a twinkle in his eye.  Even though the photos were in black and white, you could tell he had red hair.

So, when I met Marty in St. Louis, I felt comfortable.  He was the same in person as he was in the photos — always smiling.  Smiling and with a twinkle in his eye.  He was young, alive, vibrant.  He had a kind of side-to-side walk that suggested energy, and his eyes were always open for what was coming next.  He enjoyed life.

When I say he was young, it’s only now that I realize just how young.

Reading Ted Cirone’s book, I realized for the first time that Marty was ordained in December, 1965, less than two years before I and the other new Claretian freshmen showed up on his St. Louis University doorstep, looking to him for wise counsel and sage leadership in loco parentis.

It says something, I’m sure, that we never looked at Marty as just one of us guys.  He was only eleven years older than I was, but he was mature without being stuffy.

He carried his learning lightly.  He had one of the widest friendship circles I’ve ever come across.

A twinkle in the eye

And he had a sense of humor as well as a feel for the absurdity of life.

I remember one night when a bunch of us returned from seeing Peter, Paul & Mary at Kiel Auditorium.  We put on one of their records, singing along and miming as if we were on stage with them.

We were goofy, and I remember Marty watching us and taking great delight at our goofiness.

Life is a serious proposition, and Marty took it seriously — but also with a smile.

He taught me that I could pray on a crowded el train. And also go through life with a twinkle in my eye.

This tribute is to be read today at a mass honoring Marty Kirk at the annual Reunion Mass for former Claretian seminarians. 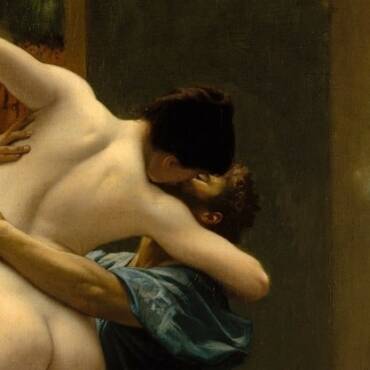 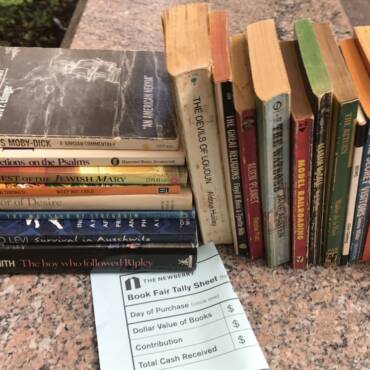 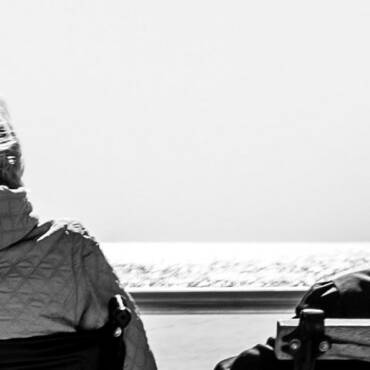