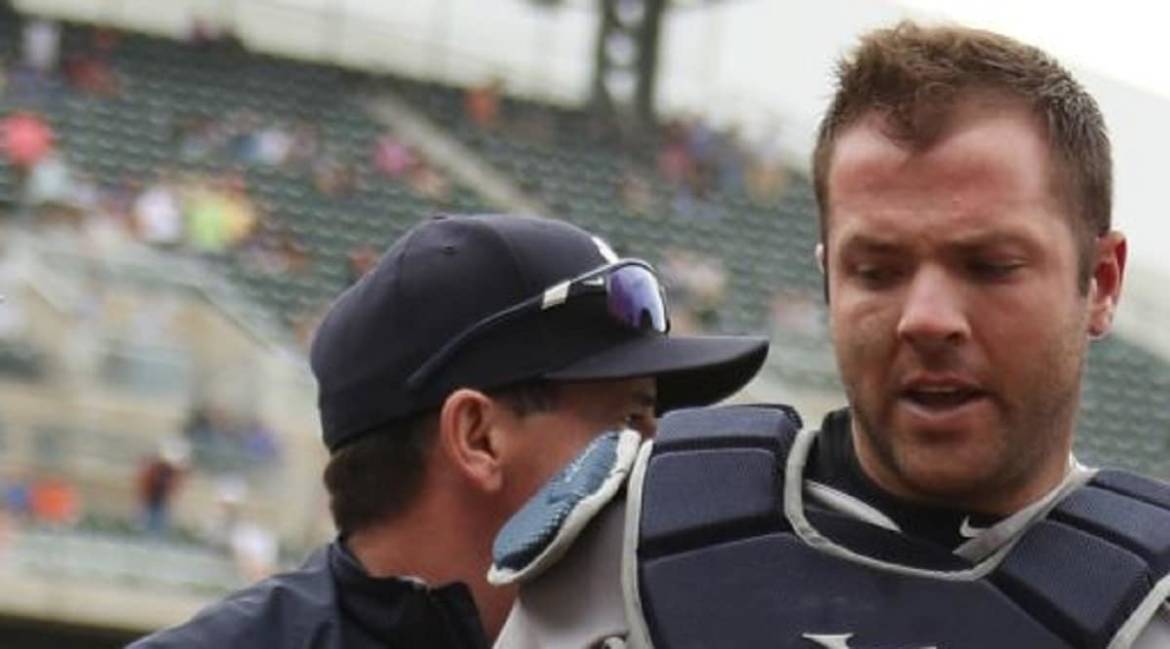 Essay: In praise of the backup catcher

Throughout this major league baseball season, I’ve been cheering on one particular player — Austin Romine.

Never heard of him?  Not surprising.  He’s the backup catcher of the New York Yankees and rarely gets featured in a television highlight or in a print or online headline.  Nonetheless, after each Yankee game, I’ve looked at the box score with burning questions:  Had Romine gotten a hit, perhaps a homer?  Had he gone 0 for 4?  Had he even played?

Like many major league catchers, Romine is both tough and smart.  He runs the bases with a stiff back reminiscent of catcher Carlton Fisk’s baserunning during his Chicago White Sox days.  Romine had a bumpy time finding a place on the Yankee roster and, at one point, was offered on waivers to every other team.  No one wanted him.

I’ve watched his career partially because — to the mystification of my friends and family — I, despite being a lifelong Chicagoan, am a Yankee fan.  (Let’s leave that story for another time.)  If I were a White Sox fan, I’d probably be cheering for backup catcher Kevan Smith.

In the last couple seasons, Romine has found himself a niche on what’s been a very good Yankee team.  He’s hit well and caught well.  But, as the backup catcher, he could be set adrift or traded away in the coming off-season if some more glittery backup should become available.

An affinity for backup catchers

I bring up my fondness for one of the lesser players in the major leagues because it seems to me that this sort of thing is fairly common.  I mean, don’t we all find an affinity for the backup catchers of life, the men and women who do the grunt work pretty much outside the spotlight, whether in sports or politics or entertainment?

Think about it:  You’re watching a TV show or movie, and your favorite character actor comes into the scene — Don’t we all have favorite character actors? — and suddenly your interest ratchets up.  I’m talking about the sort of character actor who’s usually fourth, fifth or sixth in the listing of stars, if even that high up.  Maybe she’s good at playing the quirky best friend, or maybe he is always brought on screen to lend a dose of humor to the action.

When a character actor like this comes into the story, often only for a short bit, you’re not as focused on the hero and heroine.  You pretty much know what’s going to happen with them — they’re going to win, whatever that means.  But a character actor is always a bit of a wild card.

I think that’s why we’re attracted to these lesser lights.  They’re not guaranteed of looking beautiful or brilliant or courageous.  They’re not the box-office star for whom everything seems to come easily.  And we know we’re like them.  We’re not stars or heroes.  We’re not all that brave or smart or pretty.  We’re just kind of normal.

Back in the 1990s, when the Chicago Bulls were winning so many NBA championships, I interviewed some kids at a grade school near the United Center.

“Who’s your favorite player? Michael Jordan?” I asked.  Nope, not at all.  Their response: “Scottie!!!”

Now, Scottie Pippen was no slouch on the basketball court, and he’s got six championship rings as well as enshrinement in the Basketball Hall of Fame to prove it.  But, compared to the otherworldly skill, confidence and determination of Jordan, Pippen seemed more real to those kids, more down to earth, more like them.

Scottie didn’t float above and around and through his competition.  He seemed to have to work hard for everything he got, and came across as a gritty blue-collar worker to Jordan’s balletic genius.  Pippen was one of the backup catchers of life, and that’s what the kids were responding to.

Austin Romine knows what it was like for Scottie Pippen to go about his business in the shadow of a great player.  If you look at the merchandise at Yankee Stadium, there are t-shirts for sale with names of Aaron Judge and Giancarlo Stanton and Luis Severino on the back. None for Romine.  If you want a Romine t-shirt, you have to do what I did:  Go online and order one to be custom made.

Major league baseball hasn’t come easy for Romine, and life doesn’t come all that easy for us.  We’d like to be heroes like the gifted people who inspire us, but we know that’s not in the cards.

So, we turn to more human-size heroes — to the Austin Romines and Scottie Pippens. We don’t know what it’s like to be a superstar, but a backup catcher is someone we can relate to.

This essay original appeared in the Chicago Sun-Times on 9.28.18.