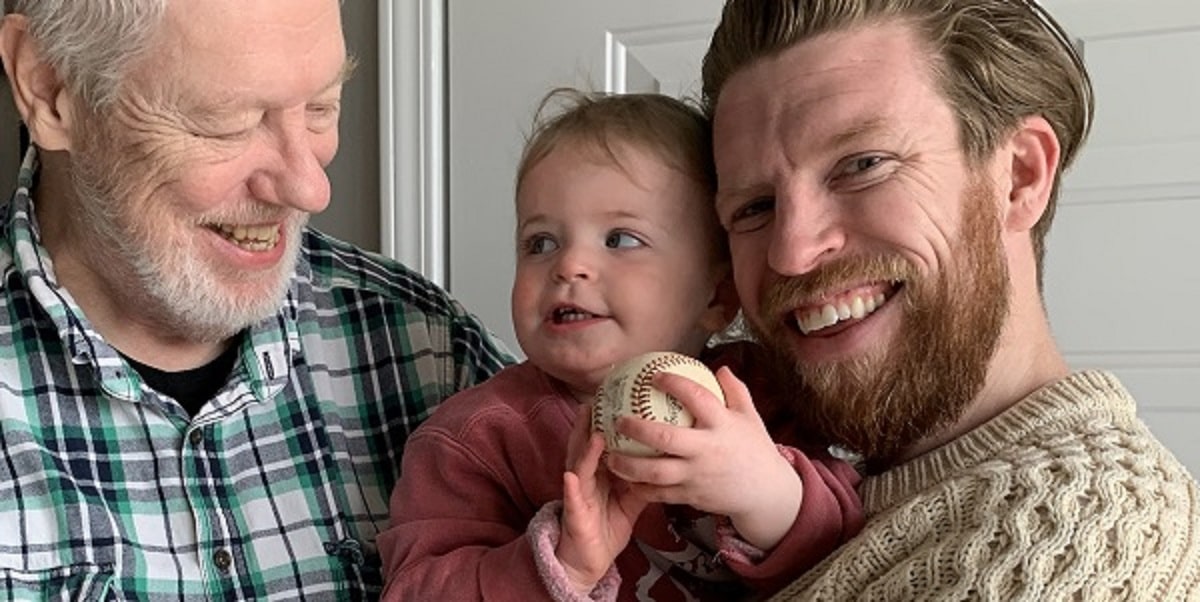 Some guy on ESPN the other day was complaining again about men who bring a mitt to Major League Baseball games, and I just don’t get it.  Maybe that’s because I still bring my first baseman’s glove to the park whenever I go, even though I’m 71.

As if dreams of catching a foul ball or, better yet, a home run only exist in the heads of baseball fans under the age of — well, what age, Mr. ESPN guy?

I’m thinking of this at the moment because, like every other baseball addict, I’m tracking spring training and looking forward with great anticipation for the start of the new season.  This year, MLB is hoping to get fans in the stands — at least some, at first, and, later, full stadiums. I hope so, too.

Which is not to say I hated last year’s games with no fans.

The sound a bat makes against other bats

That’s another thing those ESPN people and other sportscasters had opinions about.  They made such a big deal of the emptiness of the parks when the games first began that some teams started pumping in crowd noise (which seemed really dubious to me) and started putting cardboard cutouts in the stands (which, to my mind, just emphasized the fan-lessness of what was going on).

I enjoyed the earliest games when there was no fake noise and no fake fans.  I loved to hear the sounds of the game as it was played, as if it were in one of Chicago’s parks — Horner Park or Columbus Park or Washington Park.

I’ll tell you what I really loved.  I loved to hear, in the background, the sound that a bat makes when it falls on another bat or several bats.  It’s a rounded hard-wood sound — although I realize I may think of it that way simply because I know these pieces of hard-wood are rounded wooden clubs.

And the echoes.  When those bats fall against each other, the sound goes on out from the spot to surprisingly great distances.  I remember hearing it when I was stuck out in right field  — I’m a first baseman! — and I was tired from a lot of baseball and dusty from a lot of sliding into base, and this sound, in and of itself, seemed to say summer and tranquility and ease and the fullness of life.

The bats aren’t the only things that echo.  When bat meets ball, there is a crack that tells everyone who’s paying attention what kind of a swing it was, what kind of an arc or a line the ball will follow.  You can hear the muscles of the hitter in that crack.

There’s the smack of the ball into the catcher’s mitt.  The grunt of the pitcher at the end of the delivery.  The chatter of the dugout and the players on the field.

No fans or pretend fans

When I watched those earliest games last year, without any fans or pretend fans, it was as if the game on television was the game that I played when I was a kid.  When we fanned out across the vacant lot near Resurrection Church on the Far West Side, all of us grade-schoolers, when we took our positions around the bases and in the outfield, we had no fans.  We were cheered on by the sounds of the game and the sights and the dirt on our pants.

There were no fans when I stretched at first for the putout.  No fans when someone hit a pop up.  And no fans on that day when one of the bigger guys hit the ball across the entire length of the field, up over Laramie Avenue and through the window of the National supermarket.

I still remember the teenage stock boys who came running out of the store, tearing across Laramie, hoping to grab the culprit, as we high-tailed it out of there, scattering in every direction.

One of my two greatest catches

Later, when I was in high school, I wandered over to the big field out behind Austin High School where I got in a 16-inch softball game with a bunch of guys I didn’t know.  They put me in left field — listen, I really am a first baseman — and I was out there, basically just hanging out, waiting for my next at bat.

It was very near sunset, that sort of gray time of day when you can see everything clearly enough if you don’t have to see anything really well.

Suddenly, the guy at bat — I didn’t know these guys from Adam, so I didn’t know what to expect from them — hit a Ruthian wallop that, I could tell immediately by the sound of the bat, was going to go a long, long way.  And it was coming at me.  Well, not at me, but over me.

Instinctively, I turn and started running as fast as I could away from home plate along the line that I thought the ball would follow.  If you’ve ever played 16-inch softball in Chicago, you know that, as white as the ball may have been at the game’s start, many innings later, it is a particularly dark kind of gray.

So, I’m running away from home, out toward who knew where, and I reach out my arms as I look up to the sky and see this slightly darker gray shape against the charcoal gray sky and follow it with my eyes as it comes over my head and down — Amazement! — into my hands.  And it stayed there.

It was one of the two greatest catches of my life.  And no fans witnessed it.

Playing my game and playing their game

So, watching major league guys playing in empty, echoing stadiums — I loved it.  They were playing my game.

And maybe that has something to do with why I take a mitt to the game.  I am hoping to play their game.  In some small way, at least.

And it happened once.

A friend gave my 14-year-old son David and me box seat tickets at Wrigley Field — this is back in 1999 — and we were sitting there, round about the fourth inning or so, when Mark Grace hit a towering, and I mean towering, pop foul that drifted over the seats where we were sitting behind the Cubs dugout.

You’ve seen this on TV.  A whole bunch of people all raise hands, arms and gloves to reach for the ball — it’s like a crowd animal, a hungry crowd animal.  And that’s what happened in and around our seats as the ball came hurtling from its great height right down toward us, this little dark spot against the clear blue sky getting progressively larger and larger.

And as it neared earth, the crowd animal reached all its arms up at once as bodies jostled and eyes focused, and — well, I’m pretty tall and I have long arms and my mitt followed the ball as it came down toward a spot just behind me and, without jumping, I extended my arm like the first baseman I am and heard the ball snap into the glove.

The other greatest catch of my life.  I gave David the ball.

And a friend in San Jose saw the catch because the game was being broadcast…on ESPN.

This essay originally appeared at Third Coast Review on 3.15.21.

The secret life of cemeteries