God’s voice in a scratching sound? an itch?

Friends of mine get angry with the Catholic Church hierarchy, and, Lord knows, there’s enough reason for that.

To err is human, as the poet says. And, as the clergy pedophile scandal and cover-up have shown, the Princes of the Church are deeply human.

Nonetheless, they wear those fancy clothes, and they issue edicts as if they were the voice of God. I think that’s how they feel. What’s the point of a religious hierarchy, after all, if the people at the top can’t claim to be a pipeline from the Deity.

And, of course, the Pope and the cardinals and the bishops can — and, sometimes, do — provide moral leadership in the world. But it seems to me that our faith isn’t built on pomp and circumstance, or on edicts from the throne.

Ours is a humble faith. Really.

Remember “One of Us,” the song Joan Osborne sang a few years ago? In it, she speculated what it would be like if God were “just a slob like one of us, just a stranger on the bus.”

A bus might be a strange place to expect to find God or to learn what God wants of us. But think of Jesus. He didn’t wear fancy vestments or hold high office. Until he started preaching, he was just another guy on the road.

It’s a mistake, I think, to expect someone with power or position to have a special insight into what God is trying to tell us.

Think of the wonderful story about Elijah and God in the first book of Kings:

He came to a cave where he took shelter. Then the LORD said, “Go outside and stand on the mountain before the LORD; the LORD will be passing by.”

A strong and heavy wind was rending the mountains and crushing rocks before the LORD — but the LORD was not in the wind.

After the wind, there was an earthquake — but the LORD was not in the earthquake.

After the earthquake, there was fire — but the LORD was not in the fire.

After the fire, there was a tiny whispering sound. When he heard this, Elijah hid his face in his cloak and went and stood at the entrance of the cave.

God doesn’t reveal himself to Elijah in the rending, crushing winds of a hurricane or in the rumblings and shakings of an earthquake or in the roar and heat of a fire.

But in “a tiny whispering sound.”

There is something deeply mysterious and deeply significant here. You can tell, in part, because biblical translators can’t agree on what the phrase is.

Depending on the translation, God is in “a gentle breeze” or in “a light murmuring sound” or in “the soft whisper of a voice” or in “a hissing of thin wind, or breathing softly” or in “a whistling of a gentle air” or in “a still, small voice.”

Of these, I’ve always liked “a still, small voice.” The stillness of the voice requires me to sit very still to hear it. I must give it my total attention because it is so small.

Children use a “small voice” when they are most vulnerable or when they are passing along their most intimate communications with a parent to express contentment or fear or delight. There’s a lot to be said for listening to God as we listen to little children.

I came up with another, completely unauthorized translation once as I studied this phrase — that God is in “a scratching sound.”

What do you do at night, in the dark, if you hear a scratching sound? You perk up your ears. You listen intensely. What does it mean?

“Scratching” is like “a hissing of thin wind” or “a gentle breeze.” There are no words involved. Whatever communication occurs is visceral. I like that.

I also like that another way to think of “scratching” is as an itch.

God as an itch? Think about that. 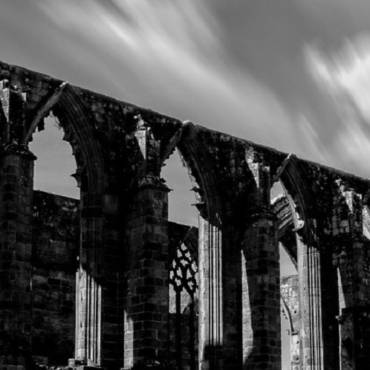 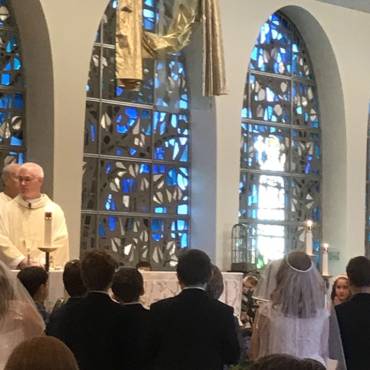