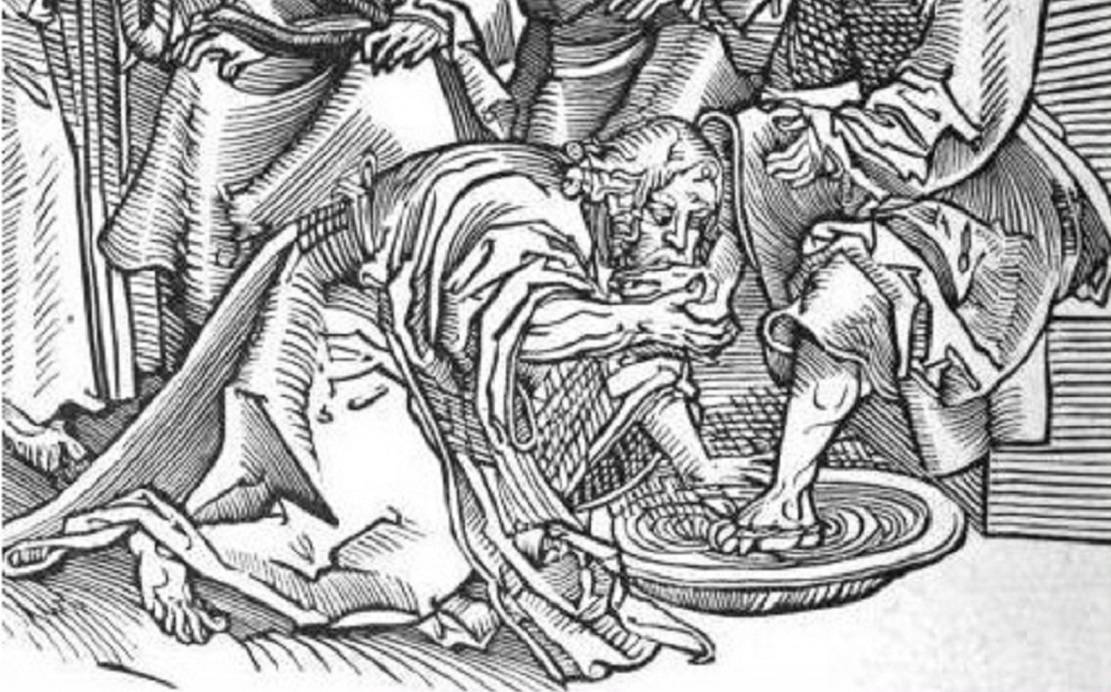 Meditation: Jesus as a celebrity?

Back when I was a Chicago Tribune reporter, I had a five-minute telephone interview with Donald Trump about his new Chicago hotel, and he made a point to mention twice that he was

“the biggest celebrity in the world.”

After reading the Palm Sunday gospel, I’m wondering if Jesus would have thought of himself as a celebrity.

Look at the argument the apostles have at the Last Supper over which of them is the greatest.

Like a frustrated parent, Jesus tells them they’re barking up the wrong tree:

“Let the greatest among you be as the youngest, and the leader as the servant.”

It’s at the Last Supper, of course, where Jesus gets down on his knees to wash the feet of those vainglorious apostles. In Luke’s Gospel, he says,

“I am among you as one who serves.”

As human beings we’re often running after empty ambitions, and, like Peter, we are frail in our resolve to do the right thing. Peter boasts:

“Lord, I am prepared to go to prison and to die with you.”

But Jesus tells him that, over the course of the next few hours, he will say three times that he doesn’t even know his teacher.

The American culture praises power and strength at the same time it fosters distrust and fear. Jesus has a different message, one that Pope Francis has eloquently embodied and preached, as in his apostolic exhortation in 2013:

We are all weak, and we are all sinners, even as we strive to trust and hope and love.

That’s the message of Jesus and Francis. That, and one more thing: We are all in this together.