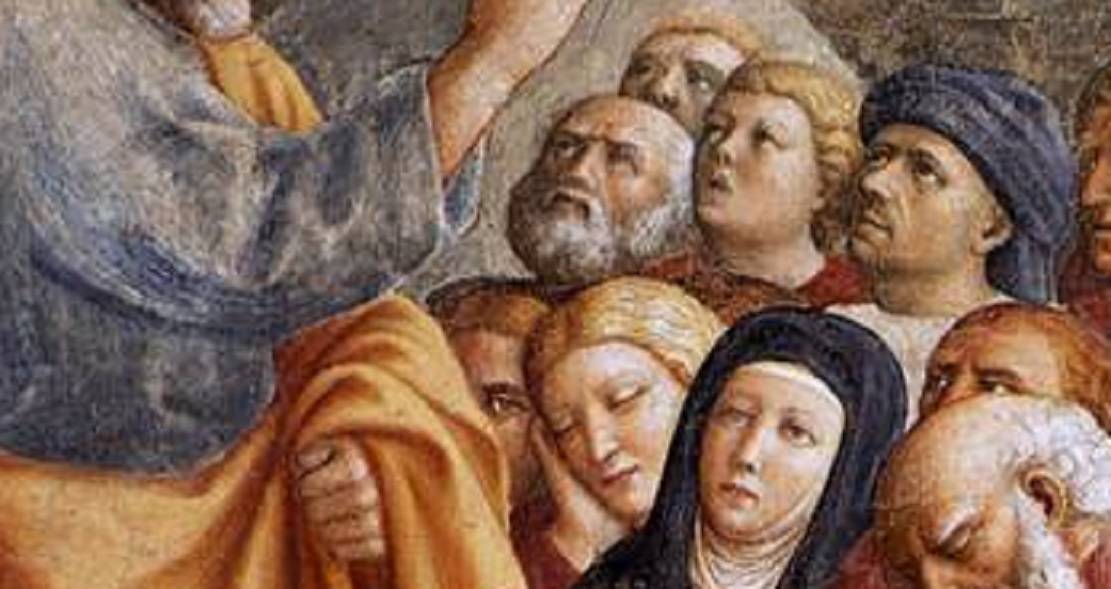 Meditation: The Poem of Pentecost

Picture this: Pentecost, the descent of the Holy Spirit, tongues of fire and the followers of Jesus going out into the world to proclaim the good news.

A large crowd gathers, but the people are confused because they’re not confused. Everyone can understand what’s being said, and they respond with a kind of poem of wonder:

We are Parthians, Medes, and Elamites,

inhabitants of Mesopotamia, Judea and Cappadocia,

Egypt and the districts of Libya near Cyrene,

as well as travelers from Rome,

both Jews and converts to Judaism,

yet we hear them speaking in our own tongues

of the mighty acts of God.

The good news transcends the barriers of language. It rises above the blockades of fear. And, today, we are the preachers and we are the listeners:

We are Chileans, Iraqis, and Poles,

inhabitants of Canada, Ghana and France,

Israel and the districts of Argentina near Buenos Aires,

as well as travelers from Ireland,

both Christians and converts to Christianity,

yet we hear them speaking in our own tongues

of the mighty acts of God.

With faith, we are all preachers and we are all listeners. With the tongue of fire, we all proclaim the mighty acts of God.