As I noted in my earlier review, it opens with a stirring, moment-by-moment account of the 1871 city-leveling blaze that raged for some 30 hours from October 8 through October 10, destroying 2.64 square miles of the most built-up and densely populated part of the city, killing hundreds of people and leaving more than 90,000 people homeless. And it goes on to look in depth into the aftermath — at how Chicago went about finding ways to rebuild itself and its community and at the frictions this caused between classes.

What’s particularly striking for any student of Chicago history is that, astonishingly, this is the first book to attempt to tell the story of the fire in a comprehensive way.  I asked about this when Smith, a Northwestern University professor, and I sat down recently via Zoom to talk about the fire and his book.

Third Coast: Why hasn’t there been a comprehensive history of the fire before?

Smith:  We have a tremendous amount written about the fire, but it’s not a kind of a whole. That is to say, there’re things even from the time that are these anecdotal accounts and then there are more recent ones, particularly around the time of the Centennial. And then there are these collections of personal recollections. And there are scholarly things, including by me. I wrote a big book about the fire among other things, and the description of the fire is two paragraphs long.

But there was no history that carefully followed the fire — and, when I say carefully, I mean the sources are documented — and then followed into what the city was like, and then through the rebuilding.  My book at the same time is a narrative history that just tells the story, full of incident and character.

Third Coast:  After the fire and once rebuilding started, it seems that Chicago didn’t want to look at the fire anymore. We went for more 100 years before there were even scholarly works on it.

It’s as if anything that happened before that, I won’t say, doesn’t matter but is discounted. What matters is, from this nothing, we arose to be the phoenix city. It gets integrated into this mythology of Chicago’s unconquerability, and it’s also tied to the sense, as I try to talk about in the book, that the past and the present don’t matter, what Chicago’s always about is the future.  And that was certainly the case in 1871.  It’s not the case now with quite the same confidence and bravado, of course.

Third Coast: Perhaps the idea of being a phoenix was so cool that Chicago didn’t want to think about what was there before.

Smith: Yes, it’s as if the fire’s not important.  It’s the rebuilding that’s important. There was nothing, then we saw these new opportunities and then suddenly skyscrapers arose and then there was the [1893] World’s Fair, etc., etc.

As I argue in the book, the fire both revealed and deepened divisions that were there, and, while there are many remarkably wonderful and positive things that we can see as heritage of the fire, so also can we see, in the decades that followed, social division and even social violence in strikes and bombings and that sort of thing.  Things that were inherent in the city before in some way deepened and, in the rebuilding, deepened even further.

Third Coast: Had this been a book that you’d always wanted to write? Or one that was prompted by something you’d found in your research?

The more I studied, the more I was surprised that no such thing existed. I also wanted to write a narrative history that tried to deal with events and the way people endure events and try to capture it. In all my books, including my “scholarly” books, I try very hard to write accessible things that the general reader can read and understand.

In this case, I wanted to write something that was a gripping story.

Smith:  The fire as a personal experience that you don’t have to analyze, you don’t have to look for its meaning.  It’s just this visceral event. And all these little moments that have a meaning only on a personal level, like a person who is closing the door on his house for what he knows will be the last time. Or having your dress catch on fire.  Or what people took with them.

Let events do the talking, not the professor.

And, also, what was it like with a snowstorm of fire? And not just one fire moving across but many fires all over?  And trying to find your way through what seemed like an apocalypse?

And then there is this devastation.  A third of the city, including the entire downtown, is burned out, and virtually all the North Side.  And after this thing happens, what do you do?  How do you get it going again?  How do you get a city and its developing economy going?  How do we deal with the issues of fear?  And danger?  And the basic needs?  How do we feed people?

We’re still Chicago.  So, you send people to the East to say: “Send money. There’s never a better time to invest.”

Because Chicago in its location, and because of the telegraph, the railroads, the news of the fire becomes this instant news event of a unique and new kind, so people far away are reading about it the next morning in New York and the day after in London, and — because they know of Chicago already — are sending this aid.  What do you do to give that out?  A lot of it is trial and error.

Third Coast:  You mentioned how the fire and its aftermath both revealed and deepened divisions.

Smith: There are things that seem to make sense, like, “Wow, we shouldn’t rebuild the city with wood because wood will burn again.” But the majority of the people say, “That sounds all well and good, but we can’t afford to build with bricks or stone. It’s our city, too.”

I try, in my other books, to talk on a more analytical way about these larger developments and movements and forces, but, in this one, it’s mainly: How did these people in this place at this time experience this cataclysmic event? 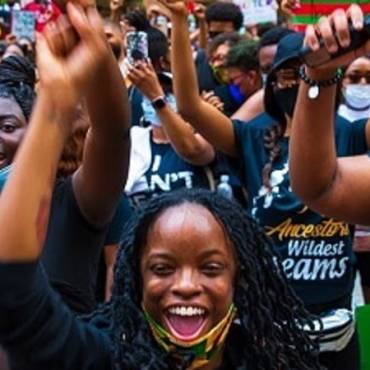 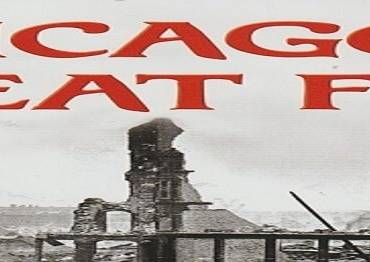