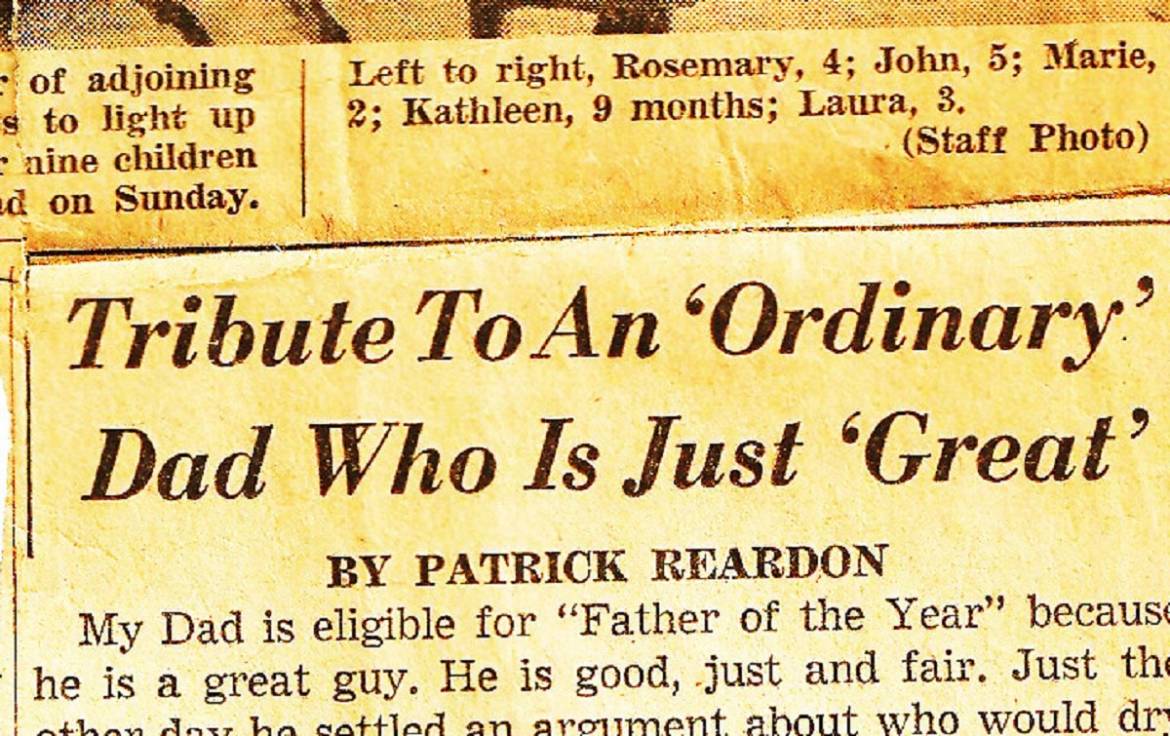 Richard M. Daley, the mayor of Chicago and the son of a Chicago mayor, is chatting in his private office on the 5th floor of City Hall with Robert Caro and me.

I should be asking myself: What am I doing here? I’m just a reporter with the Chicago Tribune, and here at the head of the conference table is Daley, one of the most powerful mayors in the nation. Seated at his right hand is Caro, the author of the best book ever written about an American city (The Power Broker, about Robert Moses and New York City) and of the monumental multi-volume examination of the life and times of Lyndon Johnson.

Yet, I’m the one who arranged the meeting.

A sheet of mayoral stationery

It was May of 2002, and Caro had come to Chicago to promote the third volume of his LBJ biography (Master of the Senate). As part of my interview with him, I thought that it might be fun to see him and Daley together so I called the mayor’s press aide.

And — voila! — now, while colorful fish flitter random paths in the large aquarium along one wall, Daley and Caro are trading stories about power and politics, and I’m listening in.

The subject was political power, and the two men sitting across the table from each other were experts in the field.

Historian Robert Caro, in Chicago last week to promote the latest volume in his monumental biography of Lyndon Johnson, was paying a social call on Mayor Richard M. Daley. And the mayor, an avid reader of history and fan of Caro’s books, was excited to play host.

For more than 45 minutes, the men talked and often laughed as their conversation rambled through the issues and personalities of the past century of American political history — from William Dawson to Paul Douglas, from civil rights to Vietnam, from Robert McNamara to Bobby Kennedy.

As the meeting is nearing its end, Daley mentions that he had taken over the Chicago public schools in 1995. Caro is intrigued, and, unselfconsciously, he reaches across the table to take a sheet of mayoral stationery and one of Daley’s pens to write a note to himself. “When I get back to New York,” he tells the mayor, “I’m going to look into that.”

Where my writing took me

My first byline was in June, 1962, in the Garfieldean newspaper in the Austin neighborhood on Chicago’s West Side. I was 12. The headline was: “Tribute To An ‘Ordinary’ Dad Who Is Just ‘Great.’ ” It was a Father-of-the-Year essay.

My Dad is no Albert Einstein or John Glenn. He is just an honest policeman who does his job well. He is now on the list for sergeant. This isn’t earth-shattering news to the world, but it will mean a little more comfort for my Mother and the rest of us.

I never could have guessed then where my writing would take me.

As a reporter, I stood toe-to-toe with Daley’s father Richard J. when the mayor known as the Boss was holding a news conference. Quaking in my skin, I was pressing him on some details of a plan the city was announcing. I was scared of him, but I was a City News Bureau reporter. And, while working at that local wire service, a boot camp for neophyte reporters, I’d learned to be more afraid of my editors than of any mere public official.

In 1980, during the campaign season, I was one of a small group of editors who sat down for an hour to interview President Jimmy Carter. I’ve interviewed governors and senators, garbage men and aldermen, cops and cooks, Ted Turner and Donald Trump (who told me twice during a short 2006 phone interview that he was “the biggest celebrity in the world”), and a lot of everyday people trying to make ends meet. In 2001, I was one of a team of 50 Tribune writers and reporters who won the Pulitzer Prize for explanatory reporting for “Gateway to Gridlock,” a series of stories about the nation’s over-crowded skies

For more than a decade at the Tribune, I covered the book world, interviewing great authors and receiving, from them, what was essentially a tutorial in the art of writing.

Pulitzer Prize-winning novelist Richard Russo and I compared notes about the sorts of pens we use in our work. P.D. James, the English crime writer, and I talked about how, as children, we were fascinated by death, watching old newsreels and realizing that most of the people shown were no longer alive.

In person or on the phone, I got to ask a panoply of authors about the nuts and bolts of writing — Antonia Fraser, Terry Pratchett, Haki Madhubuti, Sandra Cisneros, Jane Smiley, Stuart Dybek, Danielle Steel, Gary Shteyngart, Sara Paretsky, James Lee Burke, Alexander Hemon, Anne Rice, Stephen Ambrose, James McPherson and on and on.

I had a delightful conversation with biographer-historian David McCullough about how much he liked the Harry Potter books.

David McCullough has written critically praised best-selling biographies of Presidents Harry S Truman and John Adams. He has chronicled the digging of the Panama Canal and the building of the Brooklyn Bridge. He has told the story of Teddy Roosevelt’s adolescence and young adulthood and has detailed the destruction wrought by the Johnstown Flood in 1889.

And he’s eagerly awaiting the publication next week of the new Harry Potter book.

“I’m a Harry Potter fan,” he says. “The Harry Potter books are very well-written, and they are not written down to children.” Or, apparently, to world-famous scholars.

McCullough, who turns 70 on July 7, says he still reads children’s books for pleasure. “I think children’s literature is a serious art form,” he says. “Some of the best writing by some of our best writers has been in the children’s literature field — Robert Louis Stevenson, Marjorie Kinnan Rawlings, E.B. White. [The success of J.K. Rowling’s Harry Potter books] shows that, in the final analysis, what matters is talent. This woman is extremely talented. More power to her!”

Military historian John Keegan told me that he could never serve as a soldier because a childhood bout with orthopedic tuberculosis left him with a limp. Yet, as an interviewer, it gave him “a sort of freedom to talk to soldiers” about their experiences. “I could ask these men questions,” he said, “and they could see: He’s asking because he really doesn’t know.”

Gay Talese, one of the great non-fiction reporters and stylists of the 20th century, told me that, for him, writing was like passing a kidney stone:

“It could be a sentence or a paragraph or maybe a whole chapter, but I am so dissatisfied with what I do and do and do and do again and again, and that’s been true since I was a high school kid. I’ve always thought that I could do a better job than I was doing. And that haunting notion of imperfection or inadequacy or the aspiration of attaining a higher level of workmanship than I did the first, second or third time has made me one of the great rewriters, if not writers, of my time.”

British naval novelist Patrick O’Brian got icily angry with me when, during an interview — one of the last before his death a month later at the age of 85 — I asked him about his early decades as Richard Patrick Russ, a name and a life he’d abandoned at the end of World War II.

Readers, he said, didn’t need to know about his personal life: “I’m a voice speaking out of emptiness.” When I mentioned that readers were interested in him because his books had touched them so much, O’Brian responded, “They can touch my books, but they can’t touch me.”

O’Brian was wrong, of course. His readers may not have known the details of his personal life, but they knew him, deeply.