Just before the first page of Jim Crace’s 1999 novel Being Dead, Joseph and Celice, zoologists married to each other, have been murdered in a clumsy, random robbery.

They were the oddest pair, these dead, spread-eagled lovers on the coast:  Joseph and Celice. Both had been teachers…Hardly any of their colleagues had ever seen them together, or visited them at home, let alone witnessed them touch.  How unexpected, then, that these two, of all couples, should be found like this, without their underclothes, their heads caved in, unlikely victims of unlikely passions.  Who would have thought that unattractive people of that age and learning would encounter sex and murder in the open air!

For a novel of only 196 pages, Being Dead has a great deal going on.  It is, in a minor way, a mystery, first, about how these two met their deaths, and, second, about whether the much-delayed search for them would ever find them.

It is also a literary tour-de-force in which Crace dazzles the reader with his clear-eyed description of such aspects of human life as the inner workings of a daughter’s thoughts and emotions, the mastications of the insect and mammal world on the flesh of the two zoologists and the intricate interweaving birth, breath, sex and death.

Consider these sentences about Syl, the daughter of the zoologists, about to be taken to see the bodies of her parents:

In his novel, Crace has created two central characters who, although dead at the opening, are vividly alive in flashbacks, and a place and landscape which resonate as a real place even though imaginary.

Beyond this, he has created much else, including a highly fictionalized natural world in which seemingly real but, in fact, made-up creatures and plants exist, such as the sprayhopper, the slumber tree, the seajack and the bladder fly.

And a highly fictionalized culture in which there is a Dortmunda cigarette brand, and a liquor called Negrita gleewater, and a Chevron brand of beer, and a Cardica heart medicine, and someone named Sherwin Stephens who has written a poem “The Biologist’s Valediction to His Wife” which begins: “Don’t count on Heaven or on Hell./You’re dead.  That’s it. Adieu. Farewell…”

In fact, there’s no Dortmunda cigarette or Chevron beer or gleewater or Cardica pills or Sherwin Stephens or “The Biologist’s Valediction to His Wife,” except in this book.

Neither does the local essayist-folklorist Mondazy exist outside these pages, nor the superstition of neighborhood people that he is said to describe in his writings that death is a Fish that comes to take them unawares.  As in this paragraph:

Even death (according to the town’s resurrected folklore — Mondazy’s work again) was watery.  “We call it Fish,” he wrote in his final memoir, published more than thirty years ago. “It swims, we say, a silent unforgiving predator that comes at night out of the sea and speeds into the shallow, less resistant moisture of the streets.  Fish comes and takes your father and your mother from their bed.  All that you’ll hear, as souls depart and make their spirals of displacement in the clammy air, is the shivering of fins.”

While all this is going on, Crace is also telling his story in three directions.

One vector is the simple chronological one in which the bodies of Joseph and Celice are out on a small section of grass amid the dunes along the water, deteriorating and serving as food for creatures still living.  Time, in this flow, goes forward in the usual direction.

A second vector goes in the opposite direction.  Every few pages or so, Crace has a section that retells the story of the day backwards from the moment of the murder at “3:50 pm.”

It is in this first section where the two die, one almost immediately, the other lingering for a very short time, and it is followed by “3:10 pm” in which the murderer’s movements up to the killing are described, and then, later, by “2:20 pm,” and so on, all the way back to “6:10 am” when the two zoologists are still asleep, each in an individual bed, dreaming.

The third vector is chronological from the moment, nearly thirty years earlier, when Celice and Joseph first came to this spot on the dunes with four other zoology students for a study week, and it tracks the movements of the six young people in a dance that ends with sex and fire and death and guilt.

In the midst of all this — the brilliant invention, the vivid display of story-telling — Crace is also meditating on living and dying, as in his description of Celice’s annual fieldwork lecture to students:

“Anyone who studies nature must get used to violence.  You’ll have to make yourselves companionable with death if any of you want to flourish as zoologists.”  She meant that fear of death is fear of life, a cliché amongst scientists, and preachers, too. Both know that life and death are inextricably entwined, the double helix of existence.  Both want to give life meaning only because it clearly has none, other than to replicate and decompose.  Hard truths.

Or in his description of the bodies of the zoologists and the contrast between their messiness and what most humans imagine death will be:

This was not death as advertised: a fine translation to a better place, a journey through the calm of afterlife into the realms of instinct and desire.  The persons had not gone elsewhere, to blink and wake, to sleep and salivate in some place distinctly other than this world, in No-reality.  They were, instead, insensible as stones, imprisoned by the viewless wind.  This was the world as it had always been, plus something less which once was doctors of zoology.

Syl, the daughter of Joseph and Celice, sees their bodies and then wanders around their town alone:

Syl had not asked herself the greater question yet.  She was too young to need the death-defying trick of living in a godless and expanding universe, its gravity dispersing by the second, its spaces stretching and unspannable, its matter darkening.  Life is.  It goes.  It does not count.  That was the hurtling truth that comes to rattle everyone as they grow up, grow old.

Being Dead is a bleak look at human life.  Or maybe it isn’t.  Crace and his characters aren’t believers in an afterlife.  He looks at human existence for what can be seen, and what can be seen is grim and dark.  We live, and then we die.

Yet, near the novel’s end, he writes of Syl and her reaction to this reality:

So she should not waste her time in this black universe.  The world’s small, breathing denizens, its quaking congregations and its stargazers, were fools to sacrifice the flaring briefness of their lives in hopes of paradise or fears of hell.  No one transcends.  There is no future and no past.  There is no remedy for death — or birth — except to hug the spaces in between.  Live loud.  Live wide.  Live tall.

Is there an alternative?  Yes, there is, and many people choose it.  It is to live in fear of looking at the bleakness and unfairness of the hand that humans have been dealt.  It is to curl up in a fetal position and pretend.  It is to avoid the choice of living.

Please see also my review of this book in 2012. 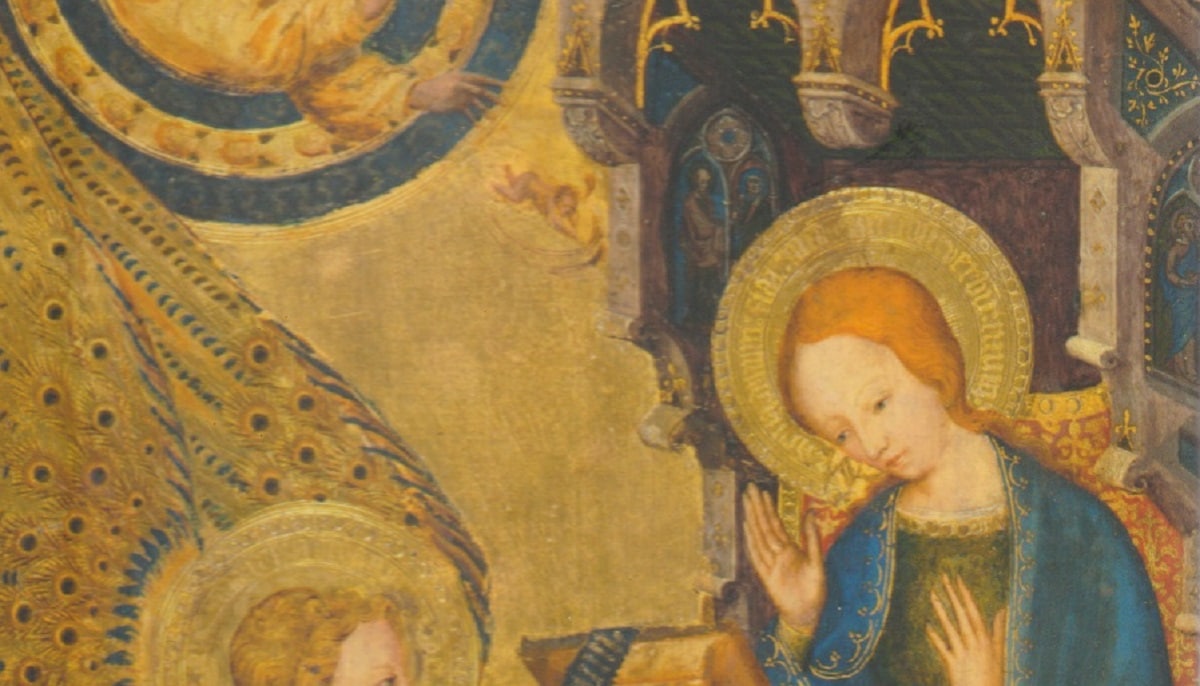 Book review: “Divine Conception: The Art of the Annunciation” by Sarah Drummond