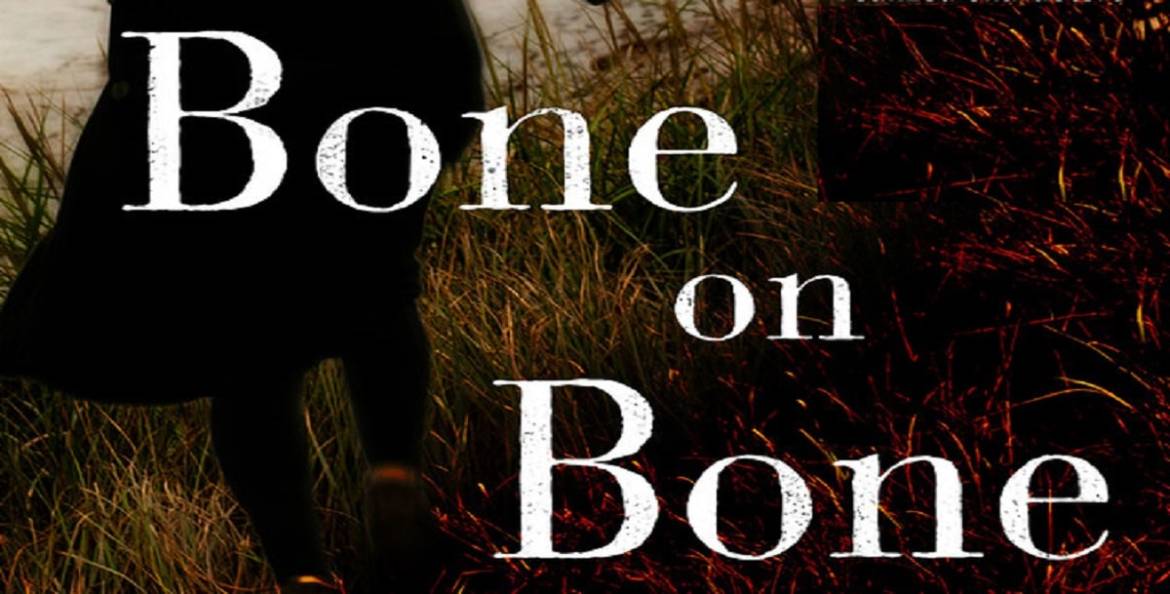 Julia Keller’s latest novel Bone on Bone is a story of misery and love.

It is the story of people whose lives are full of misery.  Sometimes, for them, love ameliorates the pain.  At other times, it feeds the pain.

Like Keller’s six previous books in this series focused on the fictional town of Acker’s Gap in West Virginia, there is a murder and mysteries in Bone on Bone.  There is a search for truth amid the chaos and confusion of existence.

Yet, this isn’t a whodunit.  This is a literary work grappling with the existential pain of breathing, pain we all suffer.

The misery in Acker’s Gap

The misery in Acker’s Gap has to do with the loss of jobs and potential and with the increasing use of illegal drugs by young people who don’t see a future, even young people with advantages.

Not only are the teens and young adults in this novel eaten up by their drug addiction, but the lives of their parents are grotesquely twisted by the suffering of watching their children suffer.

The bad guy here doesn’t die.  It’s a good man who pays the price, a loving father and husband, trying in his awkward and ultimately blind way to set things right.

This drug epidemic isn’t limited to the users and their families.  Characters in this novel include Jake Oakes, a sheriff’s deputy in a wheelchair after being shot in a drug investigation. And Rhonda Lovejoy, a county prosecutor who delays her wedding multiple times because of a drug investigation and who faces possible exile from her church for blocking misguided efforts against the narcotics scourge.

And the pain isn’t limited to those directly touched by drugs.  Belfa Elkins, the center of all seven of Keller’s Acker’s Gap novels, has her own misery. The death of her sister Shirley.  Her now-ending prison term for a crime she’d committed as a 10-year-old.  The loss of her career as a lawyer and prosecutor.

One night, she is walking down a cold street at night past “the shadow-black outlines of closed businesses — some closed until tomorrow morning, some closed forever — brooding over the broken sidewalk.”

She thinks to herself that she hates the town.  And loves it.

That didn’t make sense, but it was true.

Maybe, she thought, you couldn’t truly love a place until you’ve gone through a spell of hating it, too.  If you didn’t care about it at all…then you couldn’t summon up the passion to love it, either.  That hatred enabled the love.  You hated it because you loved it — and because it had broken your heart, over and over again.

Looming over the town this night are the mountains that loom every night and day.

Such thoughts are echoed later in the novel by Lee Ann Frickie, an elderly townswoman who is grabbing at any idea to save the town she loves.

“My heart breaks every single day when I see what’s become of this town.  It breaks and then it breaks again.  It’s finding new ways to break, all the time.

“I was born here and I was raised here and I’m going to be buried here, and I can tell you for absolute certain — it’s never been this bad before.  Never.  We’ve crossed over some terrible line. We’re on the other side now.  In the darkness.”

“Off the face of the world”

For Jake Oakes, misery isn’t just his wheelchair.  It’s also wanting more from his friendship with Molly Drucker who regularly comes to visit him with her developmentally disabled brother Malik.  On one visit, she is combing his hair for him.

To steady herself while she did it, she put one hand on his left shoulder.  The feel of that hand was something he would remember…maybe his entire life….

She lifted her hand from his shoulder.  The loss of that pressure instantly grieved him; he felt as if he might fly right off the face of the world, without her hand there to hold him down.

Jake wants something more with Molly who, despite her obvious affection for him, is keeping him at arm’s length.  Like many people in Acker’s Gap, Jake wants to hope and dreads to hope.

He hated hope, hated and feared it.  Hope had betrayed him, over and over again.  Hope was cruel.  Hope, he knew, was for suckers and for idiot assholes — but damned if that wasn’t what he was feeling right now, for the first time in a long while, just the faintest, frailest edge of hope, and it was like an unraveling hem, like something you shouldn’t touch because you might make it come apart even faster, dissolving before your eyes.

Yet, hope is what Jake does, and Bell, and Rhonda, and Lee Ann, and many other characters in Bone on Bone, counterbalancing the surrender of hope that so many others, particularly the drug addicts, exhibit.

This is something even hard-nose Sheriff Pam Harrison understands.  The normally taciturn woman, in the middle of the murder investigation, turns to Rhonda and tells her in no uncertain terms to call her fiancé back despite all the things that have to be done.

“You didn’t ask for any personal advice from me, but I’m going to give it to you, anyway.  Happiness is a rare thing.  Got to tend to it daily.  Protect it.  Baby it.  Think of a flowerbed when a bad frost is one the way.  Can’t be too careful.  Because around here, a bad frost is always on the way.”

Julia Keller’s Bone on Bone is an assertion of love and hope in the face of suffering.  It is an insistence that light can be found in the darkness — not light to dispel the darkness, but light to share space with the dark.

One character comes back from an appointment with a doctor who told her that the cartilage in her knee had worn away and one bone was left rubbing against the other.

“You know…to me that sounds like family.  Bone on bone.  It’s like the very core of us, the essence, is rubbing up against the people who matter most.  Who are as close to us as our own bones.  And sometimes that can be painful.  Painful and wonderful, both.”

And, on the final page, when one of the core mysteries of Bone on Bone is solved, it is love that provides the solution.