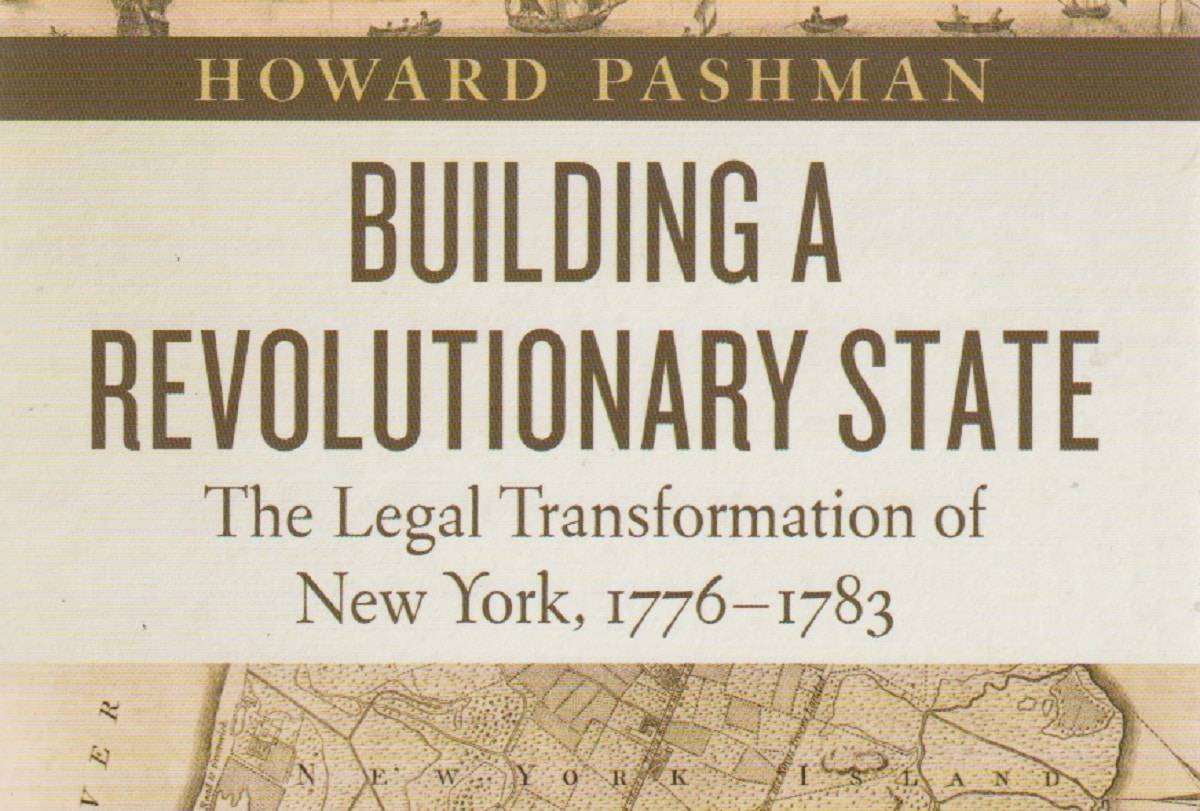 For Great Britain, the late 18th-century conflict with its North American colonies was a civil war.  The colonists were in rebellion and needed to be policed.

For the newly minted United States of America, the Revolution was a war for independence.  The colonists wanted to control their lives and fortunes.

Either way you looked at it, however, the armies, officials and common people opposing the mighty British forces were insurgents.  They were the same sort of insurgents who, over the next 200-plus years, would rebel in France, Russia and Cuba, and in dozens of successful and unsuccessful attempts at achieving self-government.

And, either way you looked at it, the time of the revolt, particularly in the early years, was a time of great chaos for new Americans.

The history of the American Revolution, most frequently, has been portrayed as a story of great men who thought great ideas and brought about independence by the sheer weight of the righteousness of their creation — an early sort of manifest destiny.

It was as if the new nation, as designed and proclaimed, made so much sense, how could anyone, except those dense Brits, ever think to question it?

How to win trust and support?

Yet, as Howard Pashman shows in Building A Revolutionary State: The Legal Transformation of New York, 1776-1783 (University of Chicago Press, 172 pages, $30), the lives of Americans — pro-Independence and pro-British alike — were thrown into great confusion by what the rebellion did to law and government.

By declaring the nation’s independence and throwing off the ties to Great Britain, the American leaders were also throwing out the British government and court system.  A new system was put in place, but, initially, it turned out to be weak and ineffective.

For one thing, British armies were invading or threatening to invade here, there and seemingly everywhere on the American mainland, often forcing governors, legislatures and court officials of the various states to flee.

Yet, even when they were in a position to get anything done, these leaders found that the populace was squeamish about putting their confidence in the new systems.  Could the new people do the job?

Americans were afraid of the invading soldiers. Many had been turned into refugees. They were having a hard time getting enough food to live on and putting a roof over their heads. They wanted protection and help in keeping body and soul together.

What could be done to win their trust and support?  To get them to buy into the Revolution?  The answer, as Pashman details in this ground-breaking book, was simple:

Confiscate and redistribute the personal property and real estate of Tories.

Violating the rule of law

This could be seen as theft.  And, in fact, generations of historians writing about other revolutions, particularly those backed by Communists, have called this sort of thing theft.

Historians of the American Revolution, however, have pretty much turned a blind eye to confiscation and redistribution.  Certainly, this hasn’t gotten much ink in popular histories and textbooks.

The practice hasn’t been well-examined, in part, because the record is so fragmentary.  Pashman writes that, in researching this book, he had to look at grand jury testimony, payment vouchers, provisional government records, newspaper reports, letters, local committee minutes, auction books and default judgements, spread out in many locations.

And, really, who would want to weave this embarrassment into the national narrative? It can seem pretty unseemly, and the Thomas Jeffersons and Alexander Hamiltons of that time didn’t do stuff like that, right?

No question, though, it did happen, and it was theft.

It was a violation of the property rights of those pro-British people without or with little due process.  It was action taken outside the rule of law. It was, as Pashman notes in the final pages of his text, what we have come to think of as “un-American.”

But it doesn’t make sense.  How could violating the rule of law by taking property without due process bring about trust and support in the new legal system?

In his 115 pages of text, Pashman focuses on what happened in New York during the eight years of the Revolution while asserting that what he found in that state was also happening in others.

The process went through several stages during the war, but, essentially, here’s how it worked:

The Tories and other British sympathizers were seen not just as political opponents but also as enemies.  They weren’t fellow Americans.  They were representatives, allies and agents of a foreign power (the former mother country). They benefited when they lived in areas under British rule.  And, if they lived in American areas, they were spies or, at least, potential spies.

Many of the Tories were from the wealthy class that had held power, economically and politically, before independence was declared.  In those times, they tended to be haughty and to bully people of lesser status. They were on bad paper with the public before the war and were seen with even greater contempt and fear once fighting began.

So, except for anyone worried about legal niceties, New Yorkers had no problem with punishing the Tories in this manner.

The result, although not expected when the effort began, was gratitude and support for the new order.

In addition, the non-Tory New Yorker tended to give support to the official and unofficial workings of the courts and government for a variety of other reasons.

Those New Yorkers not involved in any way with such sales, however, also benefited.  The redistribution of private property and real estate brought money into the state coffers, and that money was then used to pay for food and other necessities for people who were in need, which was a hefty percentage of the state’s population.

So, despite its illegality, confiscation and redistribution brought trust and support to the new state because it was a form of revenge and protection, because it provided a source of profit for many and because it made possible state spending for those in need of food, clothing and housing.

“Patronage that the regime had to offer”

None of this should surprise anyone familiar with the way politics works, particularly American politics.  The citizens of any nation never act solely on the basis of ideals.  There’s always an element — usually the dominant element — of self-interest behind their decisions to back this leader or that program.

As someone steeped in Chicago past and present, I found in Pashman’s book distinct echoes of the city’s unofficial system of getting things done and gathering votes.

Consider, on page 74:  Pashman is writing about June, 1777, when the Commissioners of Sequestration were beginning work and announcing that they would be leasing land formerly owned by Tories:

In a notice resembling the commercial advertisements that filled newspapers before the way, they…declared that they were “ready at all times to attend persons applying for farms…”  They were open for business, and New Yorkers — suffering material shortages and internal displacement — leaped at the chance to gain a farm.

Hopeful lessees came forward on behalf of themselves, their friends, and their families, all eager to win some of the patronage that the regime had to offer.

Note that word “patronage.”  Another way of saying it is:  You scratch my back, and I’ll scratch yours.  If you enable me to get a farm, I owe you.  Not only that, but, even more, I want to give you support in the hope that other largesse may come my way.

That’s how generations of Chicago politicians have operated, and it’s no wonder that, well before any Chicago precinct captain walked the face of the earth, the same patronage was working in revolutionary New York.

So, the confiscation-redistribution process could create new allies for the state.  But, as Pashman notes a few pages later, it could also be used to reward people who were already supporting the regime.  For instance, the records of Albany and Westchester Counties “suggest a network of revolutionary patronage that distributed farm leases to allies.”  And he goes on:

Commissioners in war-torn regions like Westchester could hold out the possibility of a subsistence to friends of the cause.  In a suffering society, that chance for material security offers a strong reason for New Yorkers to accept the regime’s authority.

However, such patronage doesn’t work unless the general public, including those not in the circle of back-scratching, not among the insiders, benefit.

Two centuries after the Revolution, the infamous Chicago Mayor Michael Bilandic learned that hard lesson when, in January, 1979, during a series of blizzards, he didn’t get the city’s streets cleared.  Three months later, he was voted out of office.

Pashman points out that, while the redistribution benefited allies of the regime and anyone else lucky enough to be able to buy confiscated property and farms, the program also gave vitality to the new order that made aid available to everyone:

This largesse — from confiscated goods, to direct payments, to farm leases — contributed to the general welfare at a time of scarcity. As the honor of government depended on providing basic necessities, the regime would appear illegitimate — it would appear to have shirked an indispensable duty — if it allowed New Yorkers to suffer while the British rampaged through their territory….

Hesitant New Yorkers gained a material stake in the survival of the state.  When the state succeeded, they succeeded, or at least they survived, which gave them good reason to accept the authority of the revolutionary legal institutions.

Howard Pashman’s Building A Revolutionary State: The Legal Transformation of New York, 1776-1783 is a refreshingly eye-opening book about a wrinkle in American history long overlooked.

It’s a testament to dogged research and to a willingness to synthesize a great amount of disparate data to find a new framework for understanding this early moment in the life of the nation.

Beyond that, it opens the door for other works to delve deeper into this and other data and to look farther afield at how the process has worked or not worked in other revolutions.

In other words, the insurgents in America stumbled on this solution to many of their problems.  How have insurgents elsewhere fared? 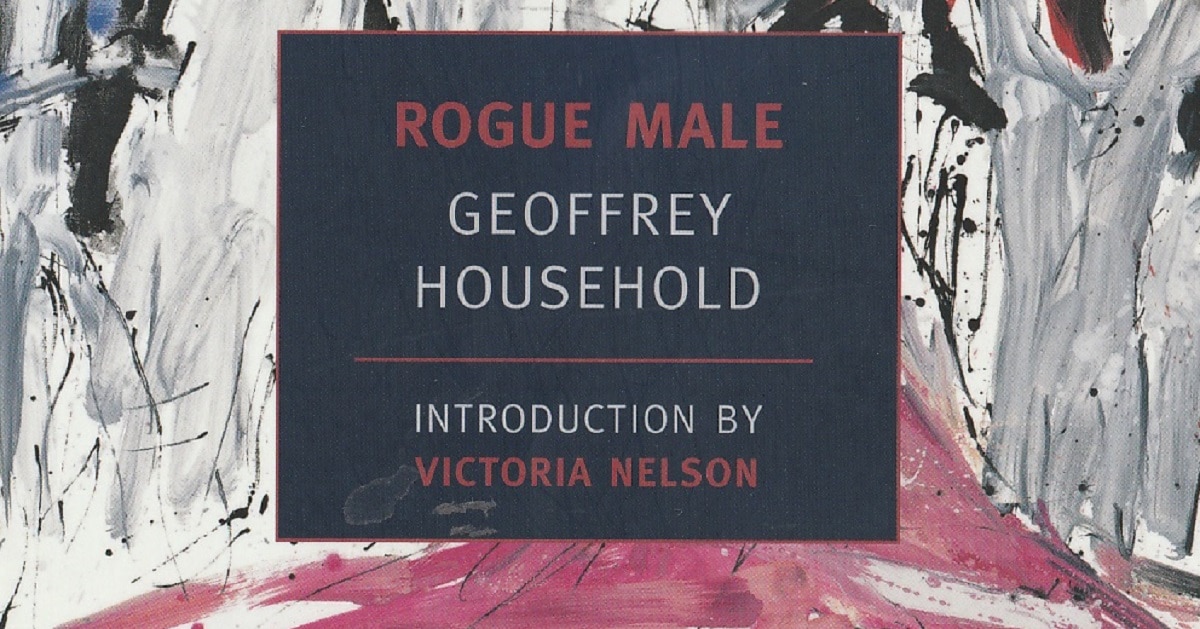 Book review: “Playing in the Dark: Whiteness and the Literary Imagination” by Toni Morrison