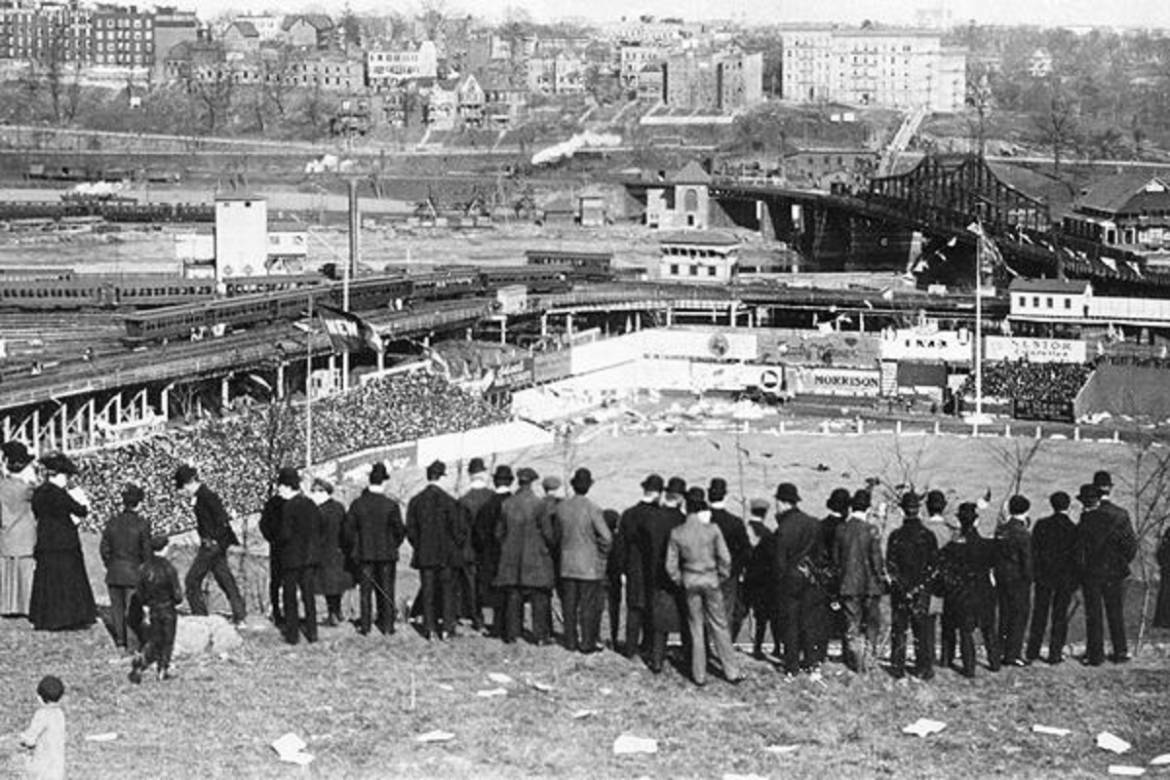 Book review: “Called Out: A novel of base ball and America in 1908” by Floyd Sullivan

August Herrmann, president of the Cincinnati Reds, arrived early for a meeting in the New York office of the National League, and he made himself at home.

He sat down at a rolltop desk, and, as he chatted with Lenore Caylor of the league staff, he folded back the corners of his parcel “to reveal four long chunks of cooked meat on thick hooflike bones.”

Lenore stepped back and put her hand over her mouth.

He rubbed his hands together in two quick motions. “Can you believe I had to teach the cook at the Waldorf-Astoria how to properly prepare pigs’ feet? Now let’s see.” He reached into his coat and produced a silver fork, a small wood-handled carving knife, and a bottle of beer…Two brown eggs completed Hermann’s morning feast. He rolled one on the table and began to peel it, dropping the bits of shell onto the butcher paper…

Picking up the knife and fork he carved a morsel of meat from one of the pigs’ feet. He closed his eyes as he savored his first bite. He wedged a thumb under the metal collar that held the beer’s cork stopper in place and popped open the bottle. Titling his head back, he drained half of its contents, looked admiringly at the bottle, and then finished it.

“A full set of teeth” 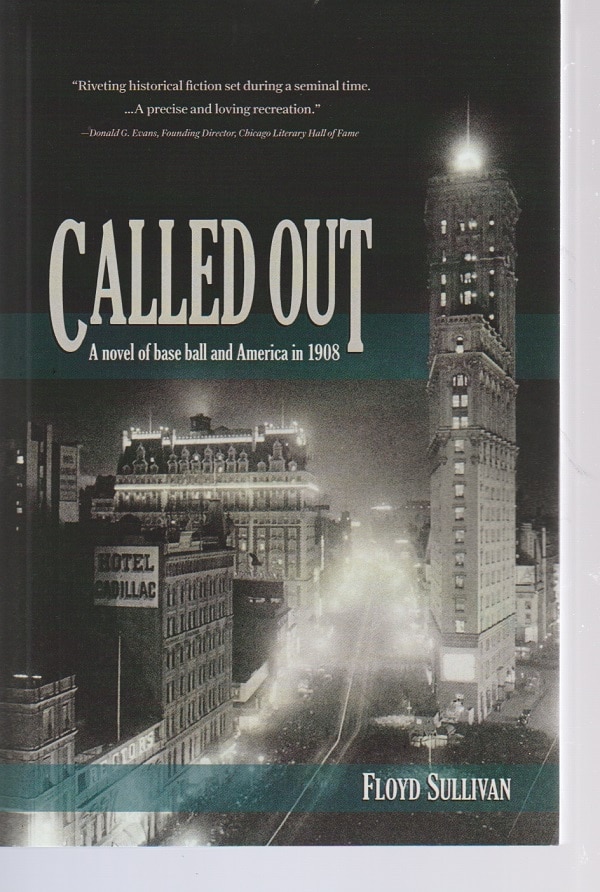 As its subtitle notes, Floyd Sullivan’s Called Out is “a novel of base ball and America in 1908.”

That space between the words “base” and “ball” isn’t a typo.

The sport we know as “baseball” was still in its wild-and-wooly days, still living an extended adolescence. Still prone to fights and the money-grubbing shenanigans of club owners, still prey to gamblers. Still as unsophisticated as a gob of chewing-tobacco spit and as, well, a breakfast of pigs’ feet.

Or, as one character describes it:

“a goddamn game played by a collection of hillbillies. And cornhuskers. I bet the Giants wouldn’t have a full set of teeth if you combined the yaps of the whole fucking team.”

As Harry Pulliam, the National League president, explains halfway through the novel:

And not just base ball.

In 1908, the nation, too, was trying to find its footing as an adult. The United States wasn’t much older than base ball (no matter what genesis story you wanted to believe).

Just as base ball was searching for a greater stability, so was the U.S., even as its citizens were coping with and benefiting from such breakthroughs in technology as the telephone, the elevated railroads and automobiles.

And even as black men were being lynched by mobs of white men through the South and the rest of the nation.

Sullivan, who is a friend of mine, has done a crackerjack job of weaving together many strands to provide a nuanced look at base ball and at America of more than a century ago.

Called Out is a baseball book in which, ironically, few games are described. However, there is one particular game to which Sullivan devotes 30 pages — and then another 40 pages to its aftermath.

It’s also a book about a quirky love story centering on the novel’s two major characters, Lenore Caylor and Harry Pulliam — a love story that’s the furthest thing from a romance novel, especially when you consider that one of the two is gay.

It’s the story of a hero, Pulliam, clashing again and again with the entrenched powers-that-be of his sport — and losing. A tragic story. And, yet, as we know from the subsequent history of base ball, he was ultimately victorious.

Among Pulliam’s many opponents are John T. Brush, the devious, mean-spirited and dying-of-syphilis owner of the New York Giants, and his two-fisted, devious and mean-spirited manager John McGraw.

Brush is in base ball for the money. McGraw is in it for the chance to push people around and wreak havoc — a “little tank of a man who waved his chunky arms and threw his cap and kicked the dirt” with “a high, whining voice” that could be heard above the crowd of spectators.

The kind of man who would gladly accept, as a gift from the good citizens of Springfield, Illinois, a section of the rope used in the recent white race riot to lynch a black victim.

Pulliam is their antithesis, as McGraw sees it:

Bring the tooters in, he thought, get them drunk and bring them back again and Brush is happy, the syphilitic bastard. But Pulliam…thought there was something special about “the game.” Like goddamn Sunday mass with his umpires as priests.

A sport to trust

Yet, base ball has been growing by leaps and bounds as a major focus of public attention. Everyone, it seems, is following the game, Pulliam notes.

“Base ball is the talk of the town. Ten years ago it was little better than a downtown rat fight.”

Greater popularity, though, means greater scrutiny. The question is whether the sport will continue to be dominated by large egos pushing around smaller folk to squeeze more money from fans and bully their way to whatever they wanted — or begin to be run more soberly.

A sport the fans could trust.

Pulliam did his part to nudge base ball toward becoming that sport. The effort broke him and cost him his life.

Called Out is an elegy for Harry Pulliam, a man whose memory every fan should revere.