Friends called Johnny Hernandez “Slugger,” he was such a good baseball player.

In the fall of 1946, the thirteen-year-old, a recent graduate of St. Francis of Assisi elementary school on Chicago’s Near West Side, went on a Boys’ Club camping trip to Indiana.  City boy that he was, Johnny saw some swans and got the idea to take a canoe over to them.  But his lark ended in tragedy when the canoe flipped over and he drowned.

Then as now, funerals were costly, especially for Johnny’s widowed mother Lupe, so his buddies went around the neighborhood getting donations from Mexican groups, writes Deborah E. Kanter, an Albion College history professor, in Chicago Catolico (University of Illinois Press, 214 pages, $24.95).

The boy’s funeral began with a procession from Salerno funeral home to St. Francis Church with six boys as pallbearers and more than two dozen others in an honor guard. Inside the casket with Johnny was his pitcher’s glove and a new league baseball signed by 35 of his friends and teammates. Kanter writes:

“With his love of sports, Catholic education, and connections to St. Francis, John Hernandez’s life sounds like that of hundreds of young people who grew up in Mexican Chicago.”

Even more, as Chicago Catolico makes clear, the life of Johnny was very much like that of thousands of young people of all ethnicities in mid-20th century Chicago. His was an American boy’s life, especially in a city that was so Catholic.

The subtitle of Kanter’s book is Making Catholic Parishes Mexican, and she devotes the final third of her book to the evolution of Pilsen churches from their longstanding one-ethnicity congregations of Poles, Bohemians, Slovaks, Slovenians, Italians or Croatians to Mexican parishes with Spanish Masses and devotions imported from south of the border. 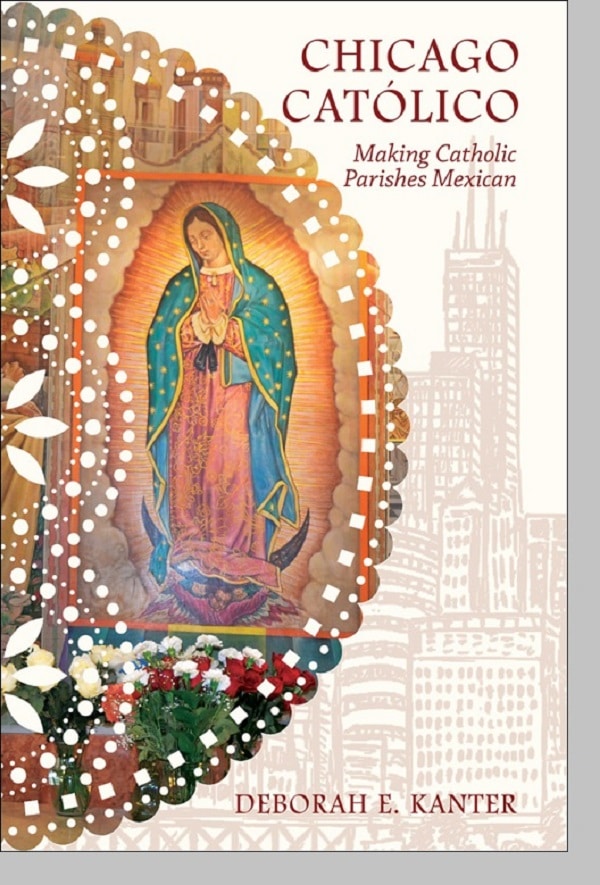 But her book also details how waves of immigrants found their footing in Chicago and found a home away from home in initially two Spanish-language churches — St. Francis of Assisi and, in South Chicago, Our Lady of Guadalupe — and later in churches throughout the archdiocese. Indeed, today, Latinos comprise 44 percent of all archdiocesan faithful.

In her chapter on St. Francis, nicknamed “the Mexican cathedral,” Kanter notes that, after World War II and throughout the 1950s, ever larger numbers of Mexicans and Mexican-Americans from Texas arrived in Chicago.  For them, she writes:

“St. Francis became ‘el refugio de los mexicanos,’ a place that felt like home in a city that often did not.”

Adapt as Chicagoans and Americans

Further, as the story of Johnny Hernandez demonstrates, Kanter’s book details how Chicago’s Catholic churches, by providing spiritual and ethnic roots for the newcomers, made it easier for them to adapt to their new lives as Chicagoans and as Americans.  Regarding the children of Mexican immigrants, Kanter explains:

“Their parents may have arrived as sojourners and faced obstacles to full inclusion and recognition, but the second generation grew up as Chicagoans.  They spoke Spanish at home, but outside they played cowboys and Indians, learned to shoot hoops, and danced the jitterbug like their peers all over the country.  They flocked to Hull House for appearances by Benny Goodman and Fiorello LaGuardia.”

Chicago Catolico is a scholarly book, chock full of details about the Catholic lives of generations of Mexican and Mexican-American Chicagoans over the past century, ranging from the sales of votive candles to the placement of retablos (paintings on tin in thanks for divine help), from images of Our Lady of Guadalupe to the annual Good Friday reenactment of the Passion of Jesus through Pilsen streets, called Via Crucis Viviente (The Living Way of the Cross).

The Via Crucis in Pilsen has been held every year since 1977. That initial reenactment, Kanter writes, “proclaimed Pilsen as a Mexican and Catholic space in a neighborhood dominated just fifteen years by Poles, Czechs, and Lithuanians.  Unprecedented, the 1977 Via Crucis reflected the lofty goals of engaging issues of social justice and embodied an identity at once Catholic, Mexican, and Chicano.”

Chicago Catolico is important for the field of Mexican-American studies because, unlike many other scholars, Kanter views the role of the Catholic church in the lives of the new immigrants and their children in a much more positive way.  In addition, she sees the opposition of entrenched ethnic congregations to Mexican newcomers in a more wholistic manner rather than simply blaming it on prejudice.

And, for Chicago history and urban history in general, Kanter’s book provides consequential new insights about neighborhood change, ethnic progression and the role of religious institutions.  This is a book about Mexicans and Mexican-Americans, but it is also a significant look at how Chicago works, and how American cities work.

This review originally appeared at Third Coast Review on 1.31.20.