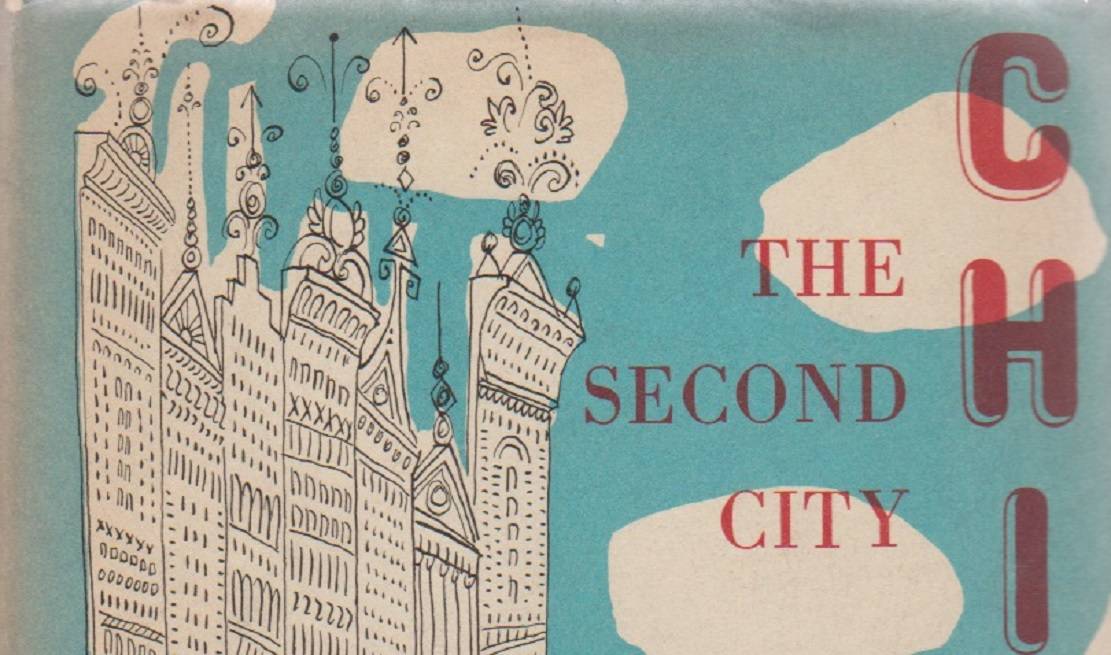 A.J. Liebling, that caustic, sarcastic, witty New Yorker magazine writer, was no fan of Chicago as he made clear in his 1952 book Chicago: The Second City. Consider his sardonic description of the cityscape:

Seen from the taxi, on the long ride in from the airport, the place looked slower, shabbier, and, in defiance of all chronology, older than New York. There was an outer-London dinginess to the streets; the low buildings, the industrial plants, and the railroad crossings at grade produced less the feeling of being in a great city than of riding through an endless succession of factory-town main streets. The transition to the Loop and its tall buildings was abrupt, like entering a walled city. I found it beguilingly medieval.

Not that he was much taken with the Loop which, as a downtown, was too small and too congested for his taste:

the heart of the city, as small in proportion of [the city’s] gross body as a circus fat lady’s.

He much preferred New York and London with their theaters, stores, banks and office buildings “strung out” over an area a good five miles in length.

Even so, Liebling was a very good reporter, and he felt compelled to report that “one of my most astute Chicago friends,” like many other Chicagoans, had a deep affection for the Loop:

He loves that grim rectangle, bounded in its iron crown of elevated-railroad tracks, and says that during the war, when he was overseas and he thought of Chicago, it was always of the Loop in the rain, with the sound of the low-pitched, bisyllabic police whistles, like sea birds’ cries.

Generations of Chicago boosters have had nothing but bad things to say about Liebling and his book. One local publisher called him “that creep,” while a Chicago Tribune columnist dismissed the book as “filled with startling inaccuracies which comforted New Yorkers in their oneness. No. 1-ness.”

Yet, Liebling’s book went right to the heart of the character of mid-20th century Chicago, a kind of civic schizophrenia, what Liebling called its “first-or-nothing psychology.”

The term “Second City,” although employed today as a name of honor by the city’s world-famous comedy troupe, was particularly galling in the 1950s because, throughout much of its history, Chicago had expected to grow into the largest and greatest city in the world. Those rosy predictions, however, had fizzled.

Liebling had great fun with this, recalling that a Tribune editorial writer, during the World’s Columbian Exposition of 1893, called the city “heiress of all the ages” and effused:

“In her white tent like Minnehaha, the arrow maker’s daughter, stood Chicago yesterday morning and gazed out on a sapphire lake, under a blue and cloudless sky, and her Hiawatha, her World Lover, came to her, and laid at her feet the slain deer, the tribute of universal admiration and love.”

The failure to achieve “universal admiration and love” messed with the city’s mind, and Liebling wrote:

The city consequently has the personality of a man brought up with the expectation of a legacy who has learned in middle age that it will never be his.

This played itself out in a couple ways — in over-caffeinated braggadocio about those aspects of the city that were best, busiest, biggest and tallest (e.g., the Chicago Tribune’s self-proclamation as being “World’s Greatest Newspaper”), and in an odd pride in elements of the city trumpeted as being worse than anywhere else.

Take official corruption, for example. Liebling wrote that Chicagoans, such as Robert Merriam, an honest alderman, complained about bribery and yet also boasted about it. “Chicago is unique,” Merriam told him. “It is the only completely corrupt city in America.” When Liebling mentioned some other crooked places, Merriam became defensive: “But they aren’t nearly as big.”

Such reverse triumphalism isn’t as evident in today’s city although, now that I think of it, a lot of Chicagoans seemed to take great pleasure when Gov. Rod Blagojevich, a Chicago boy if there ever was one, became the laughingstock of the nation for his clumsily venal attempts to profit from his office.

And, then, of course, there is Chicago’s continued love for the Cubs. Talk about taking pride in failure.

This review initially appeared in the Printers Row section of the Chicago Tribune on 5.8.16.