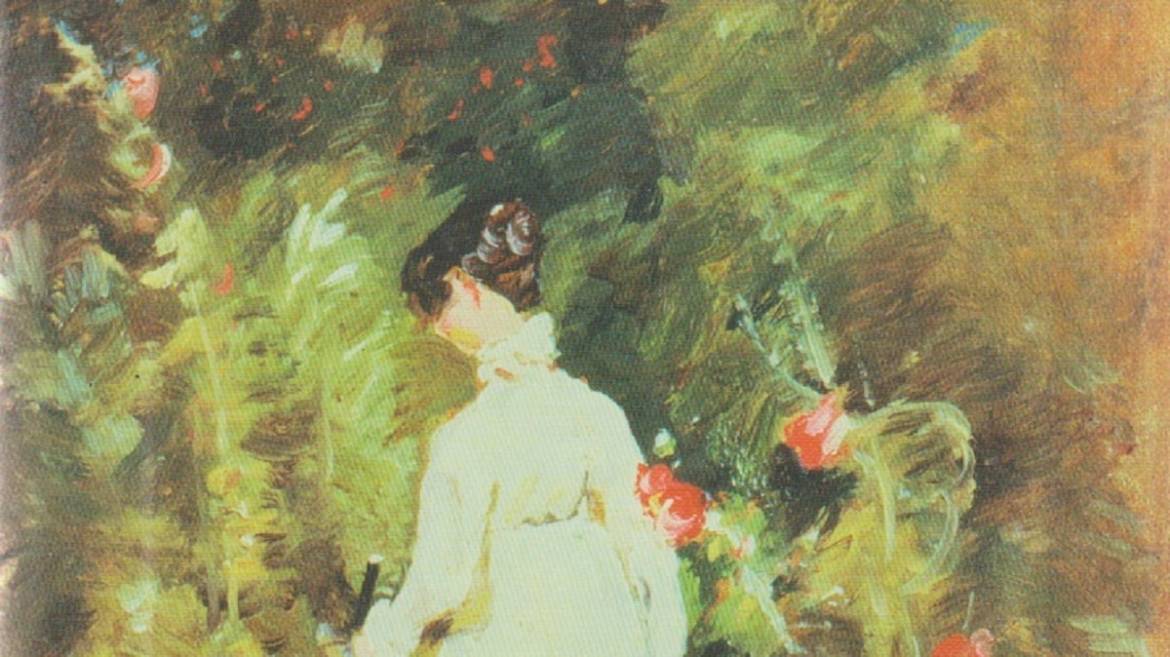 We moderns like to think of ourselves as ever-so-savvy, ever-so-smart about what’s really true and what isn’t, about how to best talk and act and think.

We like to view earlier generations as, well, old-fashioned, not as knowledgeable as we are, not as alert to life. After all, they didn’t have the benefits of scientific breakthroughs, or ever read a self-help book, or ever been in therapy, or ever worn comfortable clothes or known the need to be physically fit or to eat correctly.

“Mrs. Weston’s friends were all made happy by her safety, and if the satisfaction of her well-doing could be increased to Emma, it was by knowing her to be the mother of a little girl.”

It would be easy enough to make fun of that.  Why the orotund language?  It seems so prissy, so squeamish, so unhealthy.  Why tip-toe around what’s just happened?  Why not just say it directly?

“Emma’s close friend Anne Weston gave birth to a daughter, and her family and friends celebrated.”

It wasn’t that simple.

In the early 19th century, women going into childbirth knew that, because of any number of factors, it could be fatal. About one in every 200 mothers died giving birth in England during that time whereas, today, it’s about one in 10,000.

The mother and everyone else had strong hopes that the outcome of labor would be a happy event.  But they also recognized that it could result in death and grieving.

Also, of course, the early 1800s in England were a time with a high regard for reticence and reserve.  Today, we moderns — with our let-it-all-hang-out attitudes and our tendency to over-share — are likely to call these ever-so-taciturn people repressed.

But let’s set aside the judgements.  Let’s just say that it was a different cultural milieu with different ways of expressing ideas and feelings.

And let’s just take a look at Jane Austen’s Emma.

Emma is nothing if not a novel knee-deep in what would become known a couple decades later as the Victorian era.

“He had, in fact, been wholly unsuspicious of his own influence. He had followed her into the shrubbery with no idea of trying it. He had come, in his anxiety to see how she bore [another young man’s] engagement, with no selfish view, no view at all, but of endeavouring, if she allowed him an opening, to soothe or to counsel her.—The rest had been the work of the moment, the immediate effect of what he heard, on his feelings. The delightful assurance of her total indifference towards [the other young man], of her having a heart completely disengaged from him, had given birth to the hope, that, in time, he might gain her affection himself;—but it had been no present hope—he had only, in the momentary conquest of eagerness over judgment, aspired to be told that she did not forbid his attempt to attach her.—The superior hopes which gradually opened were so much the more enchanting.—The affection, which he had been asking to be allowed to create, if he could, was already his!—Within half an hour, he had passed from a thoroughly distressed state of mind, to something so like perfect happiness, that it could bear no other name.”

Again, I recognize that it would be possible to find fault with this — with all the wordiness, with all the round-about-ness.  Yes, yes, you could find fault.

But it’s just so delicious! 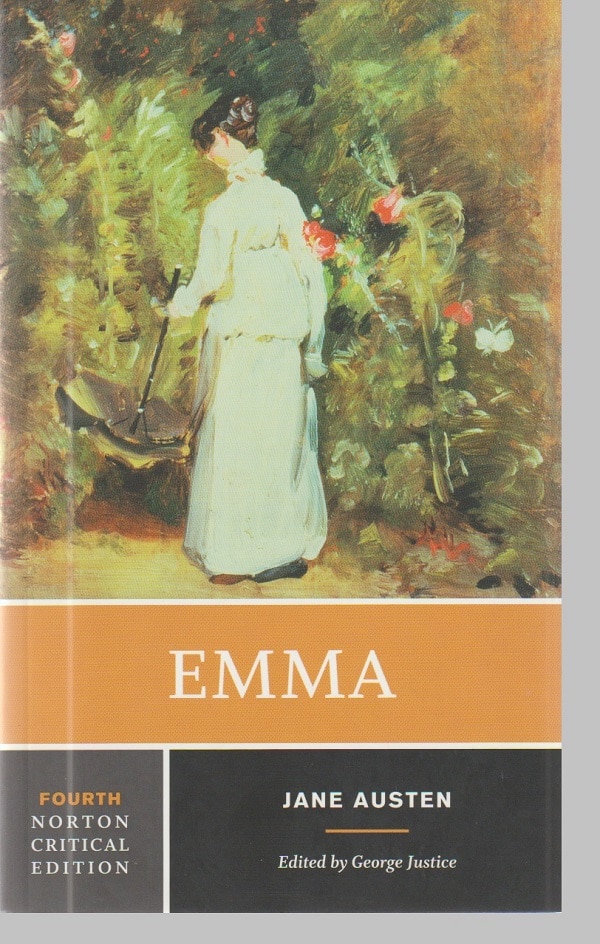 Emma has been read and enjoyed for more than 200 years.  I read it at the beginning of the 2020s and found it fresh, delightful and wonderfully alert to the way human beings feel and think and act, and don’t.

She’s a bit successful at this but finds, over and again, that her efforts at manipulation usually blow up in her face.

Her problem is that she is very adept at reading the way people act and talk — well, she thinks she is.  Throughout the novel, Emma is too quick to jump to conclusions, too ready to take thin threads of gossip and weave them into a tapestry of how she would like things to be.

Keeping life at a distance

At the end, when Emma and {————} fall in love, Austen takes a moment to observe:

“Seldom, very seldom, does complete truth belong to any human disclosure; seldom can it happen that something is not a little disguised, or a little mistaken…”

Austen adds that it’s easy enough to misunderstand the actions and words of another person.  However, feelings aren’t as likely to be misconstrued — if you’re willing to feel them.

What Emma does is what all of us have done often or, at least, on occasion in our lives.  She uses these mind games to keep her focus away from her own feelings.  A modern psychotherapist might say that she’s keeping life and her feelings at a distance.

Austen didn’t need a therapist to explain that.  She obviously was very sensitive and perceptive about how others acted — and, more important, how she herself acted and felt.

“Love is not my way”

Emma is a young woman who, during the course of the novel, turns 21.  She’s the richest woman in her town which gives her a lot of clout and a lot that cushions her from the battering that life can give.

In essence, she’s about to become an adult and, without realizing it, finds adulthood a scary prospect.

Harriet Smith is the somewhat spacy young woman whose life Emma does the most to manipulate, aiming to find her a gentleman husband.  At one point, Harriet suggests that Emma is so charming she’ll soon be married herself.  To which, Emma responds:

“My being charming, Harriet, is not quite enough to induce me to marry; I must find other people charming—one other person at least. And I am not only, not going to be married, at present, but have very little intention of ever marrying at all.”

Emma further explains that, unlike most other women, she doesn’t feel the economic need to wed although she adds:

“Were I to fall in love, indeed, it would be a different thing! but I never have been in love; it is not my way, or my nature; and I do not think I ever shall. And, without love, I am sure I should be a fool to change such a situation as mine. Fortune I do not want; employment I do not want; consequence I do not want: I believe few married women are half as much mistress of their husband’s house as I am of Hartfield; and never, never could I expect to be so truly beloved and important; so always first and always right in any man’s eyes as I am in my father’s.”

Oh, a concerned Harriet says, Emma will end up an old maid, like the over-talkative busybody Miss Bates!

“That is as formidable an image as you could present, Harriet; and if I thought I should ever be like Miss Bates! so silly—so satisfied—so smiling—so prosing—so undistinguishing and unfastidious—and so apt to tell every thing relative to every body about me, I would marry to-morrow. But between us, I am convinced there never can be any likeness, except in being unmarried.”

It certainly seems that Emma is protesting a bit too much.

Mr. Knightley, a close family friend in his late 30s, doesn’t like what Emma is trying to do with Harriet Smith, in part because Emma blocked a marriage between Harriet and his friend Mr. Martin, a farm-owner but not a gentleman.

Mr. Knightley and Mrs. Weston, the governess who raised Emma after her mother died and later married another close family friend, the widower Mr. Weston, talk at one point about Emma’s bossiness with Harriet.

Mrs. Weston tries to calm Mr. Knightley’s anxieties, and, seemingly as an aside, she says:

“She always declares she will never marry, which, of course, means just nothing at all. But I have no idea that she has yet ever seen a man she cared for. It would not be a bad thing for her to be very much in love with a proper object. I should like to see Emma in love, and in some doubt of a return; it would do her good. But there is nobody hereabouts to attach her; and she goes so seldom from home.”

Emma is a universal story, written, for all its early 19th century style, with wit, energy and zest. Indeed, if it were published today for the first time, it would fit right into the bestseller lists.  Consider that it was the inspiration of two very modern comedy films: the 1995 Clueless, starring Alicia Silverstone, and the 1996 Emma, starring Gwyneth Paltrow.

Emma is a novel that can be viewed as a story for women, but I totally disagree.  Guys know what it’s like to fear becoming an adult and to fear slowing down to feel feelings.

And it is filled with moments that anyone who has ever wrestled with feelings, particularly feelings of love, can relate to.  Such as this paragraph that comes right after Emma and {————} fall in love:

“What totally different feelings did Emma take back into the house from what she had brought out!—she had then been only daring to hope for a little respite of suffering;—she was now in an exquisite flutter of happiness, and such happiness moreover as she believed must still be greater when the flutter should have passed away.

“They sat down to tea—the same party round the same table—how often it had been collected!—and how often had her eyes fallen on the same shrubs in the lawn, and observed the same beautiful effect of the western sun!—But never in such a state of spirits, never in any thing like it; and it was with difficulty that she could summon enough of her usual self to be the attentive lady of the house, or even the attentive daughter.”