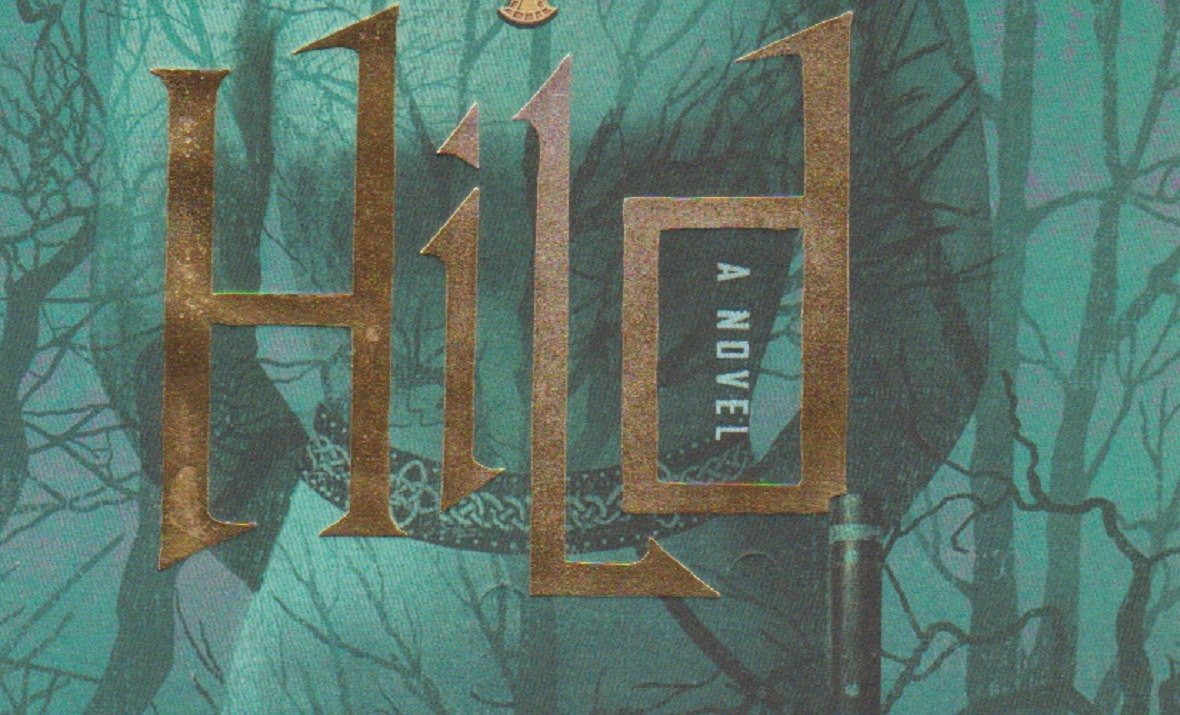 The Catholic Church is big on books about the Lives of the Saints. There’s even a term for it: “hagiography.”

Nicola Griffith’s 2013 novel Hild is the first of a planned trilogy about the life of St. Hilda of Whitby, a major figure in medieval Britain. But it’s definitely not hagiography — at least, hagiography in its traditional Catholic form.

The Church uses the lives of saints as tools for teaching morality, ethics and spirituality. There are two general types of traditional lives: (1) relatively simplistic and pious accounts, emphasizing miracles and a kind of religious sweetness, and (2) more rigorous, historically based narratives that grapple with the real-world existence of the saint and his or her theological insights.

Griffith’s novel, which is peopled almost entirely with characters who are found in the historical record, is certainly not pious. And there is much in it, including words that almost certainly have never appeared before in a written Life of a Saint, to offend or scandalize believers with expectations of what a saint is and isn’t.

For one thing, Griffith’s Hild is bisexual, and the novel is spiced with full-blooded sex scenes, including one that follows a rough-and-tumble sparring session between a staff-wielding Hild and her sword-swinging childhood friend Cian and ends with the two of them, bloody and sweating, grappling in a much different way.

She folded down onto him like honey from the comb, slow and thick and gold…belly on his breast, breast plump to his face.

Very tall and operating simultaneously at the edge and center of the court of King Edwin in 6th century Britain, the teenage Hild is a maiden who is not at all maiden-like. She is called “the butcher-bird” and “the King’s fist” for her willingness to fight in battle and to track down and kill bandits.

“The light of the world”

Even before Hild was born, her protective and scheming mother predicted she would be “the light of the world,” and she has fulfilled that forecast by correctly predicting the future and becoming a trusted (and untrusted) aide to the king.

As Griffith depicts her, Hild is not given to visions from heaven. Indeed, on the political stage of the King’s court, she competes with the bishop Paulinus for royal favor. (Like a goodly number of other people in this book, Paulinus is also considered a saint by the Catholic Church.)

She is baptized at the King’s behest, but looks upon Christianity and Christ with a skeptical eye. She recognizes that, on the political plane, the power of the Church comes from the ability of its priests and bishops to read and write — and, thus, communicate with each other.

Not religious in any way that could be called devout, Hild sees the sort of visions that smart, sensitive, politically sophisticated and knowledgeable people are able to see. She does the work of a seer very well because she is very talented and has been schooled well by her mother and other advisors — and because her life, and the lives of her loved ones, depend upon it.

Hers is a cruel age. Death is common. So is violence. Her pampered life in Edwin’s court is constantly shadowed by dread. As a child, she sees a ship of armed men approaching the shore and knows what will happen if they are the enemy:

She began to push her way through the crowd to Cian. We are us. They would die together.

As a seer, and as someone who wants to keep living, she looks at the world with open eyes and an open mind. She looks for patterns — “the great weave” — in the affairs of human beings as in nature:

There were patterns everywhere. She saw it in the tiny yellow clusters of a late daisy, and they reminded her of the seeds of the strayberry. There was an order there, she could almost taste it, but she couldn’t articulate it. If she just kept looking, it would come clear.

“The pattern watched over her”

As a historical novel, Hild has verve, excitement and complexity. Its characters are nuanced, and it takes the reader into a richly imagined world that is vastly different from modern times — and, yet, not at all.

People, after all, are people. And power and politics are dangerous games to play in any era.

For the general reader, Hild, as the first book of a trilogy, is a tantalizing read. It sets the stage for further reading enjoyment as Griffith imagines the rest of Hild’s life.

For the religiously minded — those who aren’t offended by the character traits that Griffith gives to Hild — the novel provides some interesting meat to chew on while hinting at even meatier insights in future volumes.

It has to do with the patterns she sees, such as in this moment in the book:

Hild walked the hills in the golden time before dusk, senses wide open but no longer restless. One evening she was moved to tears by the blaze of crimson, gold, and green of the [open land], moving at the centre of a vast pattern that she knew she would never have the words to explain. The pattern watched over her from the face of every leaf and every tiny flower of furze.

The intricate pattern of Nature

I can’t be sure where Griffith is going with this, but I certainly know that Hild’s reaction to the intricate pattern of Nature is something that recalls, for me, similar reactions of holy women and men, described in the more rigorous type of traditional Lives of the Saints.

As depicted in this novel, Hild doesn’t fit the stereotype of a Catholic saint. Nonetheless, she is looking deeply at people and the world in a way a saint does. She is open to the insights that come to her as a saint is.

I can’t help but wonder how this will play out in the next two volumes. I’m looking forward to seeing how it does.

Book review: “The Girl Who Kicked the Hornets’ Nest” by Stieg Larsson