Book review: “How to Read the Bible” by Harvey Cox

In How to Read the Bible, influential Protestant theologian Harvey Cox tells about a Biblical scholar who was teaching a course in the books of Exodus and Joshua.

The stories of the Israelites rising up out of slavery in Egypt and finding themselves a home in the Promised Land, she told the class, are celebrations of freedom and liberation.

“Yes,” said one of her students, “but what about the Canaanites?”

Ah, yes, those pesky Canaanites, the people who had been living on the land before the Israelites showed up and took it. And killed them.

They were the Bible’s version of Native Americans.

This is an example of the complexity of the Bible, a theme that the Harvard-based Cox emphasizes on virtually every page of his 2015 book. The book of Genesis, for instance, is very different from, say, the Psalms or the Acts of the Apostles. Some books, such as the Song of Songs, are poetry. Others, such as St. Paul’s Epistles, instruct the reader in how to live a good life.

That’s not at all the point of the Book of Joshua which is an attempt by the Jewish people to understand their special covenant with God in their own time and in earlier times. It ain’t the Beatitudes.

We also have to bear in mind while reading Joshua [notes Cox] that we should not be looking for ethical models or moral norms. From that perspective the book is a horror. Joshua is about the “conquest” of an area later called Palestine and Israel…This is a conquest of attrition and slaughter. And it is a holy war.

Cox is no fan of wars fought in the name of God, even if they’re in the Bible. He notes that, throughout human history, many armies, not just the Israelite soldiers, have committed heinous crimes in the belief that their violence was God’s will.

Crusaders swung into their saddles shouting, “Deus vult!” (“God wills it!”), as they galloped off to murder Saracens. German soldiers in World War II marched into battle wearing belt buckles with the inscriptions Gott mit uns, “God with us.” American airmen bowed their heads in a prayer led by a chaplain before they flew off to incinerate sixty thousand men, women and children in a single blast at Hiroshima.

The Bible, notes Cox, is “a coat of many colors.” It doesn’t “speak in a monosyllabic way” but is the product of “many voices.” There is, for instance, that great variation in the types of literature represented in the 60-plus books of the Bible. Beyond that, he writes:

I do not believe that a biblical book or passage has only one meaning, for example, the writer’s original intent, even if that intent can be ascertained with any degree of assurance 9which is unlikely).

A reader loses much if not all of the wealth of the Bible by staying on the surface of the words. The spiritual riches of this towering work of religious faith can only be mined by hard effort, deep thought and openness to the Spirit of God.

One key task of a reader, as Cox lays it out, is to consider what the words of a particular book or passage may have meant to the person who wrote it. What was the writer trying to communicate when he or she put the words down? As the quote above indicates, trying to figure this out is guesswork, but it’s not blind. Biblical scholars devote their lives to trying to get as close as they can to understanding the motivations of the biblical writers. Their findings provide context and perspective for the general reader.

A second key task is to look at how a book or passage has been interpreted throughout history. What did the early Christian church think of these words? And the medieval theologians? And Renaissance thinkers? There is an evolution in the way believers understand, say, the Prophets or Revelation. That doesn’t mean that, as time goes on, a better, more accurate insight into the book is developed (although it is true that some important facts may be discovered that provide an improved infrastructure for making an analysis). What it means is that each age has its own preoccupations, its own issues and anxieties, and these are reflected in how the people of that era read the Bible.

A third and final key is to meditate on what a book or passage may mean to those of us who are alive today. What do the Beatitudes have to say about the income disparity in the world today? Or about war? About conquest? Or individualism? Or terrorism? Or mercy?

Once written, a classic text is like a bird released from its cage [writes Cox]. It develops a life of its own, its “meaning” is not locked in.

We don’t have the original text — the first edition — of any book of the Bible, and this adds another layer of complexity.

Of course, the Bible in English is entirely a translation. But that’s a misleading statement. There is no one agreed-upon English translation of the Bible. There are dozens. Some are more rigorous than others. Some, more poetic. Some, more colloquial. Some are closer to the earliest texts. Others are more free form.

Consider these two renderings of Isaiah 1:13-14. The first is from Eugene H. Peterson’s highly popular and highly idiomatic The Message:

Now, compare that take on Isaiah’s words to this one from the New Living Translation:

Stop bringing me your meaningless gifts;
the incense of your offerings disgusts me!
As for your celebrations of the new moon and the Sabbath
and your special days for fasting—
they are all sinful and false.
I want no more of your pious meetings.
I hate your new moon celebrations and your annual festivals.
They are a burden to me. I cannot stand them!

The sharp differences in these two translations are a reminder that every translation is an interpretation. The translator is attempting to find the right words and phrases to capture the intent of the original writer or, as the case may be, an early copier or an early translator.

“The day I was born”

Here’s another comparison: Job 3:3-5, as rendered by the New Revised Standard Version and by poet Stephen Mitchell in his The Book of Job. In this case, the difference doesn’t have to do with the substitution of modern practices for ancient ones. Instead, it’s about Mitchell’s attempt to craft a more poetic and visceral reading of a biblical book that itself is a long poem. Here’s Job’s keening as NRSV has it:

“Let the day perish in which I was born,
and the night that said,
‘A man-child is conceived.’
Let that day be darkness!
May God above not seek it,
or light shine on it.
Let gloom and deep darkness claim it.
Let clouds settle upon it;
let the blackness of the day terrify it.”

Without question, that’s a powerful lamentation. Mitchell, though, presents it more tersely and with more intensity:

God damn the day I was born,
And the night that forced me from the womb.
On that day — let there be darkness;
Let it never have been created;
Let it sink back into the void.

The NRSV phrase “Let the day perish in which I was born” seems almost genteel when put next to Mitchell’s “God damn the day I was born.”

The book of Job is noteworthy for the deep questions it raises about human suffering — and doesn’t answer.

Students, like most of us, want answers, even to intractable mysteries. It is hard for anyone to come to terms with the raw truth that sometimes there just are none. But I am pleased that when the rabbis assembled the Jewish canon, they admitted this sometimes quite aberrant book into it. It serves as an invaluable minority report against what are the all-too-easy answers often found in the rest of scripture.

Job’s question is never answered. But then neither is the question Jesus coughs out as he hangs on the cross, “My Go, my God, why have you forsaken me?”

There may be no ultimate answers that we humans can develop to the question of innocent human suffering. Nonetheless, Cox notes that there are ways of getting closer to the core mystery.

One method that modern theologians have suggested has to do with seeing the question of suffering “from below” — i.e., from the perspective of the poor and the marginalized. Such people live on a daily basis with suffering that many in more comfortable circumstances are able to avoid.

Some suffering can be alleviated by decisions that human beings make, such as by deciding to share the world’s riches on a more equitable basis. By giving priority to the needs of the poor, a Christian is able to address suffering. But such good works only go so far.

The difference [Cox writes] between a “problem” and a “mystery” is that we may be able to “solve” a problem, but a mystery is something we have to live with. Like the man from Uz, we must learn to combat preventable suffering, by seeking cures for diseases and struggling against injustice.

But we must also recognize that not even the most advanced medical research or the most vigorous campaign against misrule will end all innocent suffering.

How to Read the Bible is instructional. But also inspirational. Harvey Cox, now in his late 80s, is still excited by the Good Book, and that excitement is contagious.

The Bible, he writes, is “about the dramatic interaction between God and the world, mainly that part of the world we call mankind.” It is a story “that comes to us through the imperfect, often badly flawed words and perceptions of human beings.”

The Spirit demands that the Bible reader listen closely for God’s word in all its ambivalence and nuance.

The point is that if we do not read the Bible with a genuine openness to being spoken to, perhaps upset and shaken by what we find in it, we will have missed the message.

The Bible, in other words, isn’t a comfort blanket. It’s a challenge. 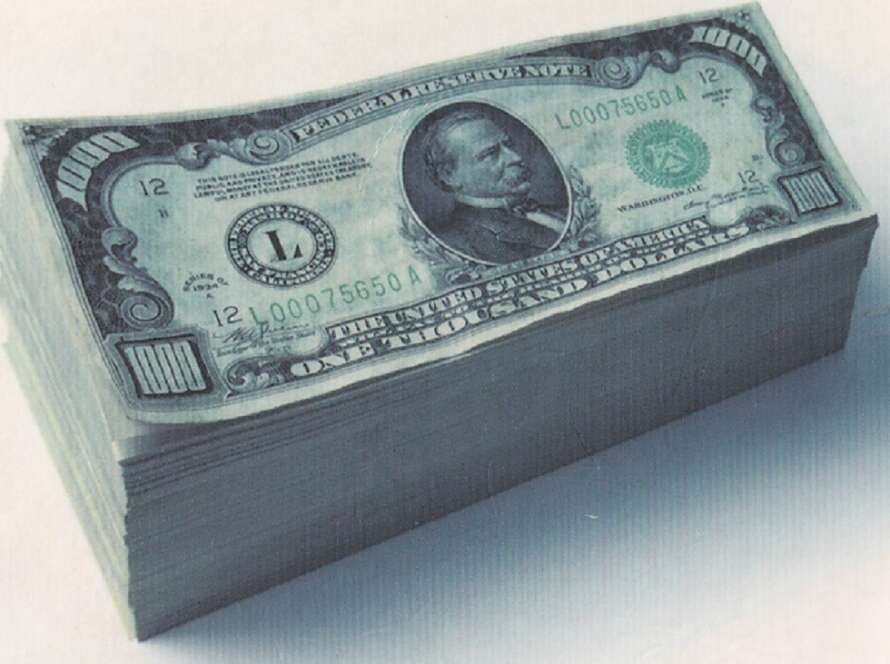