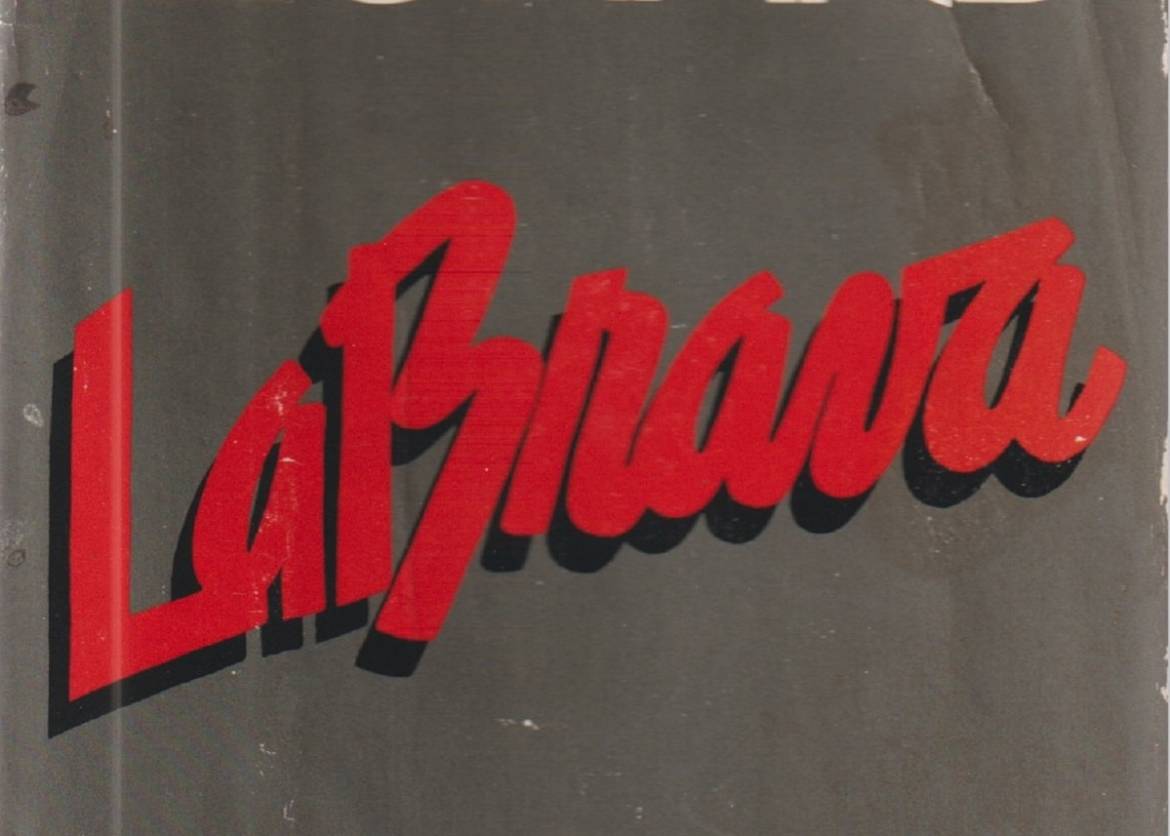 Joe, being one of Leonard’s usual pretty-nice-guy heroes, i.e., not averse to twisting the law but dead set against breaking his own code, says, “Swell,” and that about sums it up.

“Then [I]  gave them a nice smile: maybe a little weary but still a nice one.  Why not?’

La Brava is the only one of Leonard’s 45 novels to win a major literary award, the Edgar for Best Mystery Novel of 1983.

Make no mistake, Leonard’s career was honored in many ways, including the 1992 Grand Master Award for Lifetime Achievement from the Mystery Writers of America, the 2008 F. Scott Fitzgerald Literary Award for outstanding achievement in American literature; and the 2012 National Book Award Medal for his distinguished contribution to American letters.

All of his books and short stories demonstrate high wit and literary skill as well as an unequaled ear for dialogue and a preternatural feel for the endlessly murky way that human beings maneuver (or pinball) through life.

None, though, stood head and shoulders above the others.  And La Brava isn’t an exception.

In contrast to many Edgar winners, La Brava doesn’t have a twist-filled plot with shocks and surprises on every other page.  Indeed, its plot, like all Leonard’s other novels, shambles along, meandering here and there.

Revelations aren’t milked for drama.  Usually, they leak out in ways that a distracted reader might miss.

I think La Brava won because it’s an homage to film noir, those stylized Hollywood mysteries, usually in black and white, peopled with cynical men and conniving women, in which sex was offered, traded and exploited for money and power.  At the center of these films was usually a relatively competent, pretty-nice-guy hero who was not averse to twisting the law but dead set against breaking his own code.

Still, La Brava is written like all those movies, intertwining a lot of nostalgia about the films in its pages.  It even adopts one of those movies as a sort of mascot or something, and one of its main characters, Jean Shaw, is right off the screen — well, just a decade or two removed from her heyday in the genre.

And Joe La Brava is like all of those film noir heroes.

Well, except that the film noir-ishly intricate plot of La Brava, as Leonard has constructed it, doesn’t exactly work very well.

I mean, it works great for Leonard’s book, but not very well for most of his characters.

There is that loosey-goosey aspect of life that Leonard writes about so well. And things are never as airtight as they might be in the movies.

Also, Joe La Brava isn’t as much of a pawn as many of those noir heroes were.  Nor is he touched by amazing good luck — as in the forever-after happy ending — as many of them were, or seemed to be.

He’s a guy like any of us, ambling through life and this plot with his eyes wide open.

“All my training and experience”

The novel exhibits the usual Leonard repartee, such as when Joe and his cop friend are talking about a seemingly nefarious guy hanging around on the fringes of Jean Shaw’s South Florida life, and his friend brings up Joe’s rather boring time with the U.S. Secret Service. It starts with Joe, saying:

“See what I’m doing?  I’m trying to stay ahead of the guy, be ready for it when it comes.”

“Be ready for what?”

“I don’t know, but all my training and experience tells me something’s gonna happen.”

“Your experience — you guarded Mrs. Truman.”

“That’s right, and nothing happened to her, did it?”

The seemingly nefarious guy, Richard Nobles, actually is nefarious in a particularly Elmore Leonard way, such as his interaction with a meal.  During a lunch with his Cuban aider and abetter, Cundo Rey, the Cuban tells Nobles about a snake eating a bat, to which Nobles, “eating his Big Mac and poking fries in his mouth a few at a time, dipped in ketchup,” responds:

“Mmmmmm, nice juicy bat…I ate a snake.  I’ve ate a few different kinds.  You flour ‘em, deep-fry ‘em in some Crisco so the meat crackles, they’re pretty good.  But I never ate a bat.  Time you skin it what would you have?”

Cundo Rey who escaped by boat from Cuba and entered Florida illegally — and has been living illegally every since — is somewhat aghast at Nobles as a human being:

“And yet there was no doubt in Cundo Rey’s mind that he was the American, a man of the city, and Nobles the alien, with mud between his toes.  Nobles, with his size, his golden hair, his desire to break and injure, his air of muscular confidence, was fascinating to watch.  A swamp creature on the loose.”

As a reader, I found Nobles — like many of Leonard’s violent, dopey and sly bad guys — to be “fascinating to watch.”

La Brava was a fun novel to read.

Still, I wonder how it would have been if it was written a bit differently and called Swamp Creature.