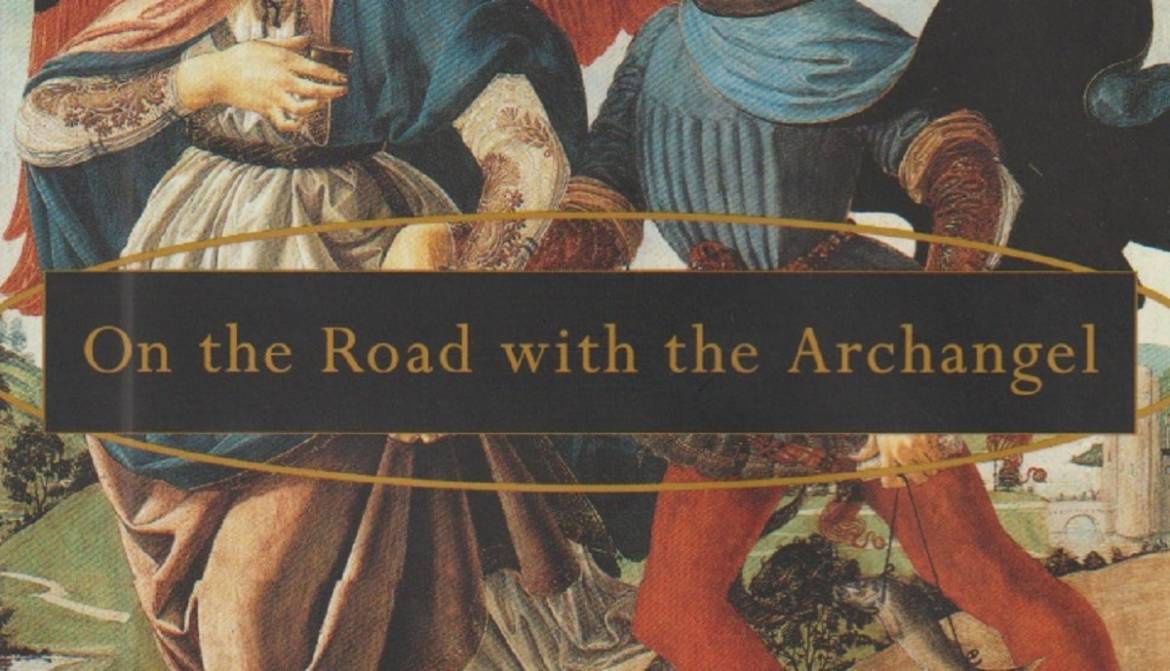 Previous item Poem: "It'll get you there" Next item Book review: “Song of...

Book review: “On the Road with the Archangel” by Frederick Buechner

Frederick Buechner’s 1997 novel On the Road with the Archangel is a wry, tender and knowing look at humans being humans.

Which is to say, at the quirkiness at the center of what human beings say, do and think.

It is a re-telling of the Book of Tobit, a work that is included in the Catholic and Orthodox scripture but not accepted as canonical by Judaism or Protestantism.  Modern scholars believe it was written no later than the second century BC.

Buechner sticks close to the contours of the Tobit story as well as even to some of its wording but brings forth the elements that will appeal to modern readers, the better to help those readers understand the tale’s meaning.

Tobit, though, is not one of those thunder-and-lightning stories from the Bible, like Cain and Abel or David slaying Goliath or Jesus on the cross or Paul being knocked off his horse.  Those and similar accounts address in very clear-cut ways major moral questions and issues. Think about Job on his dung hill.

Tobit, though, is more like a short story.  Or, in this case, a short novel.  Very modest and unassuming.  Yet, colorful, filled with incident and characters who seem real in their eccentricity.

In the Book of Tobit, a couple of characters — Tobit and a woman in another city whom he doesn’t know, Sarah — get themselves in very complicated situations, so complicated, in fact, that, at the same moment, each asks God for a quick death soon.

God sends an archangel, Raphael, to straighten things out — which he does.  There’s a happy ending that’s followed by one that’s a little less happy.  People die, but only in the normal course of things.

I’m struck with wonder that such a little story got into the Bible.  In a short introduction, Buechner suggests that there’s a lot of humor built into the Book of Tobit, humor that he expands and highlights.

So maybe, as wild as it sounds, some saint or whoever way back when liked the idea of working into the scripture a wry, tender and knowing look at humans being humans.  And one with a lot of whimsy.

Raphael is the narrator of the novel, and one important thread through the book has to do with his affection for human beings and for their often goofy and topsy-turvy understanding of the Holy One, bless his name.

Raphael masquerades as Azarias, a well-traveled guide who is hired to lead Tobit’s son Tobias to find a man who is holding a fortune in silver for Tobit.  At one point, they travel to Ecbatana whose residents have a reputation for frivolity.  Which leads Raphael to note:

Frivolous they might be, but the people of Ecbatana at least saw that the world was created for their delight, and as they jumped about in the frigid streams and wasted their money in the crowded bazaars, they came closer to living their lives as the Holy One intended than those who were continually apologizing for their unworthiness and trying to avert the wrath of the One who, had they but known, wishes the world only well.

In these words, the reader can hear, through Raphael, the insights of Buechner who, in addition to being a novelist, is also a Presbyterian minister and theologian.  It is a gentle sermon.

The poetry of prayer

Like the other six archangels, Raphael’s main job is to ferry the prayers of human beings to God (although, as he readily acknowledges, God probably gets them even if they’re not angelically delivered).

These prayers, as Raphael describes them, seem to capture the quirks of humans trying to relate to God:

I bring him the prayers of all who pray and of those who don’t even know that they’re praying.

Some prayers I hold out as far from me as my arm will reach, the way a woman holds a dead mouse by the tail when she removes it from the kitchen.  Some, like flowers, are almost too beautiful to touch, and others so aflame that I’d be afraid of their setting me on fire if I weren’t already more like fire than I am like anything else.  There are prayers of such power that you might almost say they carry me rather than the other way round — the way a bird with outstretched wings is carried higher and higher on the back of the wind.  There are prayers so apologetic and shamefaced and halfhearted that they all but melt away in my grasp like sad little flakes of snow.  Some prayers are very boring.

These sentences which appear on the first page of the book suggest a way of understanding at the world.  Those who pray, as described here, are never wrong.  Their prayers, like them, have character and personality, so vivid as to lead an archangel to poetry — even the boring ones.

And those prayers prayed by people who don’t know they’re praying!

These people live in the same world as a huge fish in a pond that Tobias and Raphael camp near. In considering this fish, Raphael notes:

For reasons known only to the Holy One, it is not given to fishes to speak, but part of the use [this fish] found for its mouth was, in cascades of bubbles and windy gasps, constantly to sing wordless praises of the pond, of the mud, the weeds, the darkness and coolness, and indeed the whole creation itself as far as the fish was aware of it.

The other use of its mouth was to eat.  It rejoiced so in everything that it wanted to devour everything.  Other fish, the dangling roots of lilies or legs of birds, a fisherman’s boots or hat or oars or whatever might happen to fall into the water, possibly even a fishman’s boat, the fish gobbled up to the glory of God.

So, here:  a fish singing wordless praises and gobbling up to the glory of God — there’s a parable in there somewhere.

“Wind through a forest”

At one point, Raphael relates that he gets irritated by some prayers that never seem to end.

He’s sure the Holy One would find his attitude wrong-headed.

“Why shouldn’t people pray for as long as they want?” he might well say if he spoke in words instead of in silences that are like the rushing of wind through a forest.

I find this novel a great solace.  I like the idea of a God who wants me and other humans to delight in creation.

I like the idea of a fish who, in living its life, does so for the glory of God.

I love the idea of a God who speaks in silences.  And who’s in no hurry. And who laughs.