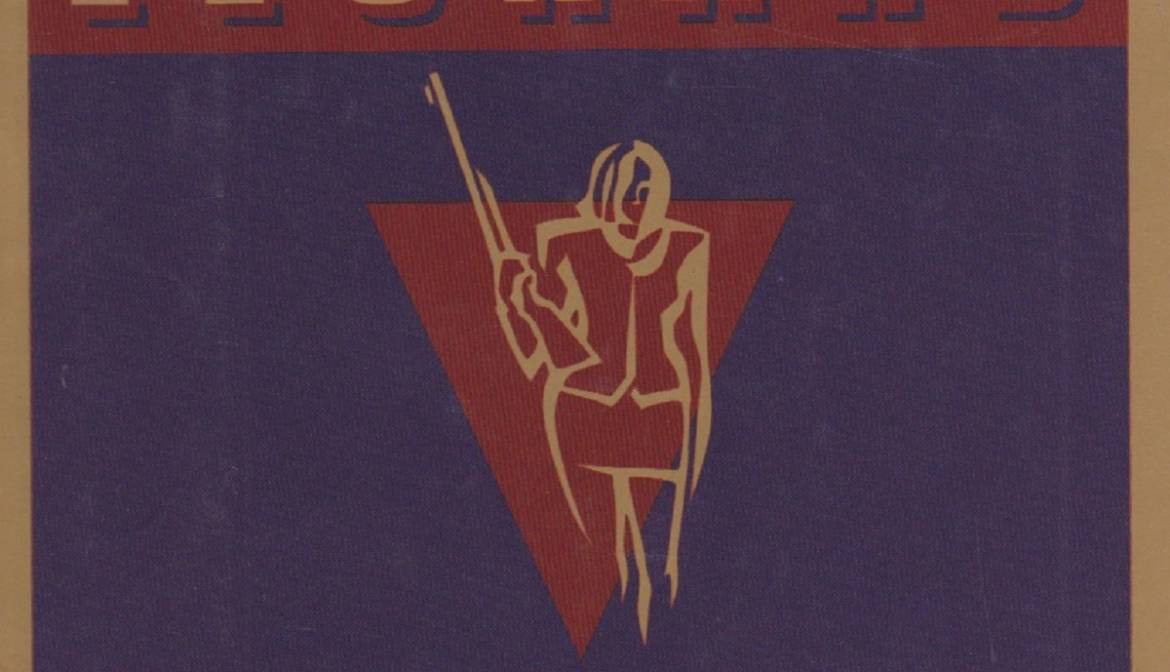 Book review: “Out of Sight” by Elmore Leonard

In Elmore Leonard’s 1996 novel Out of Sight, Karen is a U.S. Marshall who arrives one late winter afternoon in the parking lot of the Glades state prison in Florida to serve a summons on a prisoner. But, as she’s getting out of her car in a parking lot beyond the fence, she spots, one after the other, a handful of muddy inmates climbing out of a hole and running off to freedom.

Jack Foley, wearing a guard’s uniform, emerges right after them, and he and his buddy, named Buddy, get the drop on Karen, take away the Remington pump-action shotgun she’s grabbed to chase the inmates and order her to get into the trunk of her car.

Not by herself, though.

Joining Karen in the trunk is Foley who’s covered in muck after crawling through the tunnel that those other inmates dug. Buddy gets in the driver’s seat, and the getaway is on.

In the tight space of the truck, Jack and Karen are pressed together, his front to her back, and curled as if spooning, except, of course, Jack is a record-setting bank robber and an escaped convict and Karen is wanting to turn the tables on him. She hopes she has a good chance since, unknown to Jack and Buddy, she has her Sig Sauer pistol. She just can’t maneuver her body enough to train the barrel on the smelly guy sharing the trunk with her.

Whom she finds kinda interesting. And vice versa.

“You’ve ruined the thirty-five-hundred-dollar suit my Dad gave me.”

“I bet you look great in it, too. Tell me why in the world you ever became a federal marshal, Jesus. My experience with marshals, they’re all beefy guys, like your big-city dicks.”

Karen talks back to Jack, showing no fear, and Jack can’t get enough.   They end up having a free-flowing conversation as if  at a cocktail party or a wedding reception, except, of course, they’re in this trunk.

“You’re sure easy to talk to. I wonder — say we met under different circumstances and got to talking — I wonder what would happen.”

The arc of Leonard’s novel is set with that conversation. Will these two eventually find a way to meet “under different circumstances” and see what happens?

Eventually, sparks do fly, and then, the question becomes when bullets will also fly.

They do, and the arc of the novel reaches its conclusion.

But, since this is an Elmore Leonard novel, the plot, while cute and in its way diverting — it’s Romeo and Juliet, after all — isn’t all that important.

Leonard is mostly interested in creating characters who tend to live life a bit askew from the rest of us and who have complex personalities, even the few really bad guys. He gets them rolling and they start to talk to each other — like Karen and Jack in the trunk — and Leonard’s happy. The reader is, too.

Take Buddy’s sister Regina Mary Bragg, for instance. She’s an ex-nun who lives in California and is a drunk and once turned Buddy in to the cops as a bank robber. Once a week, Buddy calls her to tell her he’s living on the straight and narrow, even if he isn’t, and she feels good to be “saving his immortal soul.”

Karen mentions the sister to her Dad, a private investigator, and he remarks:

“I always liked nuns. They’re so clean. They never seem to sweat.”

Later, when Karen is telling her Dad about a phone call with Regina, her father suggests that Buddy keeps calling her because she never really stopped being a nun:

“Like she’s his ticket to heaven, so he’d better keep in touch. Regina may be out of the habit, but still has a lot of old-time nun left in her…Nuns weren’t all sweethearts. Regina sounds like the kind, they’d make you hold your hand out and then whack it with a ruler. Hurt like hell.”

As in many Leonard novels, there’s a lot of talk in Out of Sight about movies. (Many of his books have been made into movies, including Out of Sight, starring George Clooney and Jennifer Lopez.)

One night, Karen, who’s in Detroit on the track of Jack and Buddy, is killing time by watching the move Repo Man and thinking that the star Harry Dean Stanton is a lot like Foley.

Not his looks — they didn’t look anything alike — his manner; both real guys who seemed tired of whom they were, but couldn’t do anything about it. Stuck, putting up with their lives the way people find themselves in jobs they care nothing about, but in time have nowhere else to go. She wondered if Foley ever had goals. Or if his idea of living was anything more than lying around the house, watching movies.

Meanwhile, in another hotel room in Detroit, Jack is watching the same movie:

Old Harry Dean Stanton getting the short end as usual. Fun to watch, though.

How much is Jack like Harry Dean Stanton? Does he think of himself “getting the short end” and putting up with it? What would he think of Karen’s musings that he may be tired of who he is?

In another life, he and Karen might have been able to talk about these questions.

At the end of the novel, as the arc of the story nears its end and the moment of flying bullets is approaching, Jack is having somber thoughts:

Foley saw himself playing out the end of his life and was quiet, watching it happen scene by scene.

Later, he tries to get Buddy to leave the scene of a robbery that has gone very wrong while he stays behind.

“What are you talking about?” Buddy frowning.

Foley didn’t answer because there was no way to explain what he felt, that these were the final scenes of his life playing out, that pretty soon it would be over and he was resigned to it happening.

In crime novels, there’s always a lot of dying, but hardly anyone’s thinking much about death.

His answers are never clean and simple. They’re messy and always bittersweet.