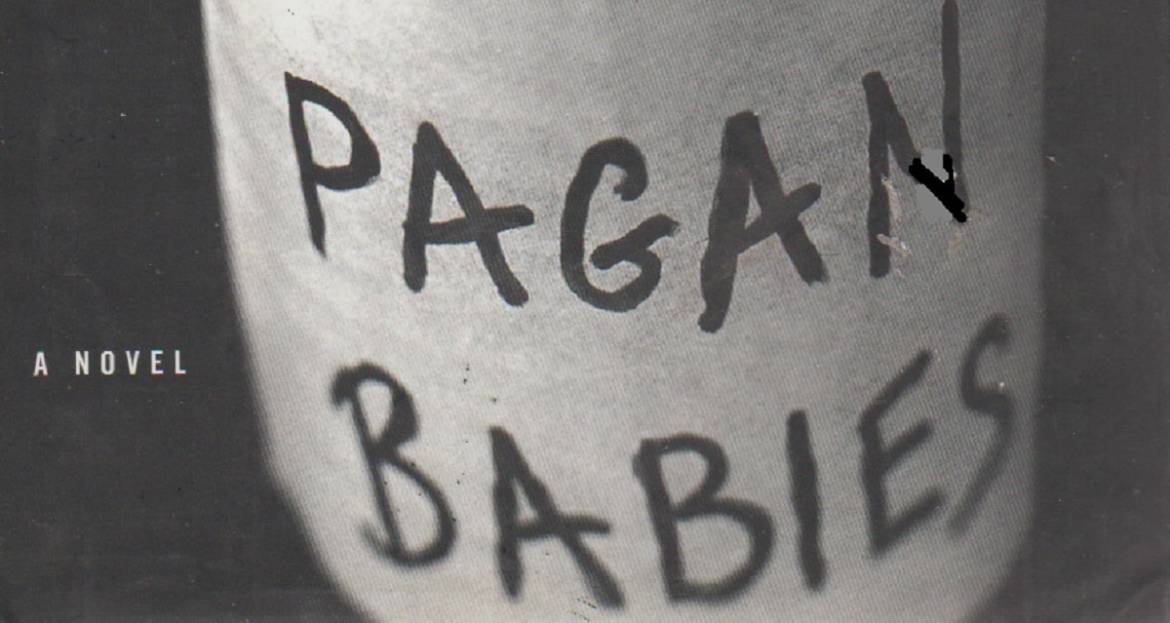 When is a priest a priest? And when is he not?

Five years ago, Terry Dunn came to the small village in Rwanda to help his aged missionary uncle out and became the village priest when his uncle died.

In Elmore Leonard’s 2000 novel Pagan Babies, Terry Dunn is a Detroit boy who, five years earlier, came to the small village in Rwanda to help his aged missionary uncle out. When the uncle died, Terry became the village priest.

He is a Catholic boy whose mother had always wanted him to get ordained. He’d been an altar boy, and, like generations of Catholic school kids, he’d kicked in small change to the jar labeled “For Pagan Babies,” the collection for mission work in foreign lands.

Terry had served his parishioners, living their life as one of them. As he explained to his well-to-do lawyer brother Fran in a letter home:

“Listen to this, [Fran says to his wife Mary Pat]. He lists the different smells you become aware of in the village, like the essence of the place. Listen. He says, ‘The smell of mildew, the smell of raw meat, cooking oil, charcoal-burning fires, the smell of pit latrines, the smell of powdered milk in the morning — people eating their gruel. The smell of coffee, overripe fruit, eucalyptus in the air. The smell of tobacco, unwashed bodies, and the smell of banana beer on the breath of a man confessing his sins.’ Mary Pat said, “Gross.”

Terry’s time in Rwanda has been traumatic, especially at the beginning, as the opening paragraph of the novel hints at:

The church had become a tomb where forty-seven bodies turned to leather and stains had been lying on the concrete floor the past five years, though not lying where they had been shot with Kalashnikovs or hacked to death with machetes. The benches had been removed and the bodies reassembled: men, women and small children laid in rows of skulls and spines, femurs, fragments of cloth stuck to mummified remains, many of the adults missing feet, all missing bones that had been carried away by scavenging dogs.

Within four pages, Terry is listening to the Confession of one of the short-of-stature Hutu killers who’d slaughtered the tall Tutsi (also called Watusi) people in the church while Terry stood, helpless, at the altar in the middle of Mass. It was part of a nationwide genocide of the one ethnic group against another.

But this isn’t really a Confession.

Bernard, the man kneeling opposite Terry, with a breath soaked in banana beer, isn’t seeking forgiveness. He’s bragging about what he did, knowing that Terry can’t break the seal of Confession, and he’s threatening that another wave of slaughter is soon to come.

The next day, Bernard and three of his fellow killers are at the beer lady’s house, more than a bit high on banana beer and bragging about the massacre:

Moments later, the four men are gunned down one-two-three-four.

Which may seem very unpriestly. However, when you think about it, not as much as the fact that Terry was the one who pulled the trigger of the Russian Tokarev pistol.

Growing up, he’d protected Fran from Catholic school bullies, as his brother explains:

“Actually, he’s two years younger, but was a real hardnose, played football three years in high school, liked to box — he’d take on the bigger guys, it didn’t matter. Even if he was getting beat up he always hung in.”

Also there was that tobacco smuggling charge hanging over Terry’s head when he headed to Africa.

And his approach to life isn’t exactly from some Pope’s encyclical:

Terry’s answer to any problem was based on the serenity prayer. If you can handle it, do it. If you can’t, fuck it.

In other words, he wouldn’t fit anyone’s profile of a seminarian.

Nonetheless, more than once, Terry’s appearance is described as somewhat saintly, or maybe not:

“You have that sort of haunted look,” Debbie said, “like Saint Francis. Haunted or maybe shifty.”

In any case, during a whirlwind 10-day visit back to Detroit, Terry gets involved with an ex-con stand-up comedian, a mob boss, a mob lieutenant, a con man, a hick hit-man and assorted other odd characters.

And, in the end, the reader’s left wondering: When is a priest a priest? And when is he not?