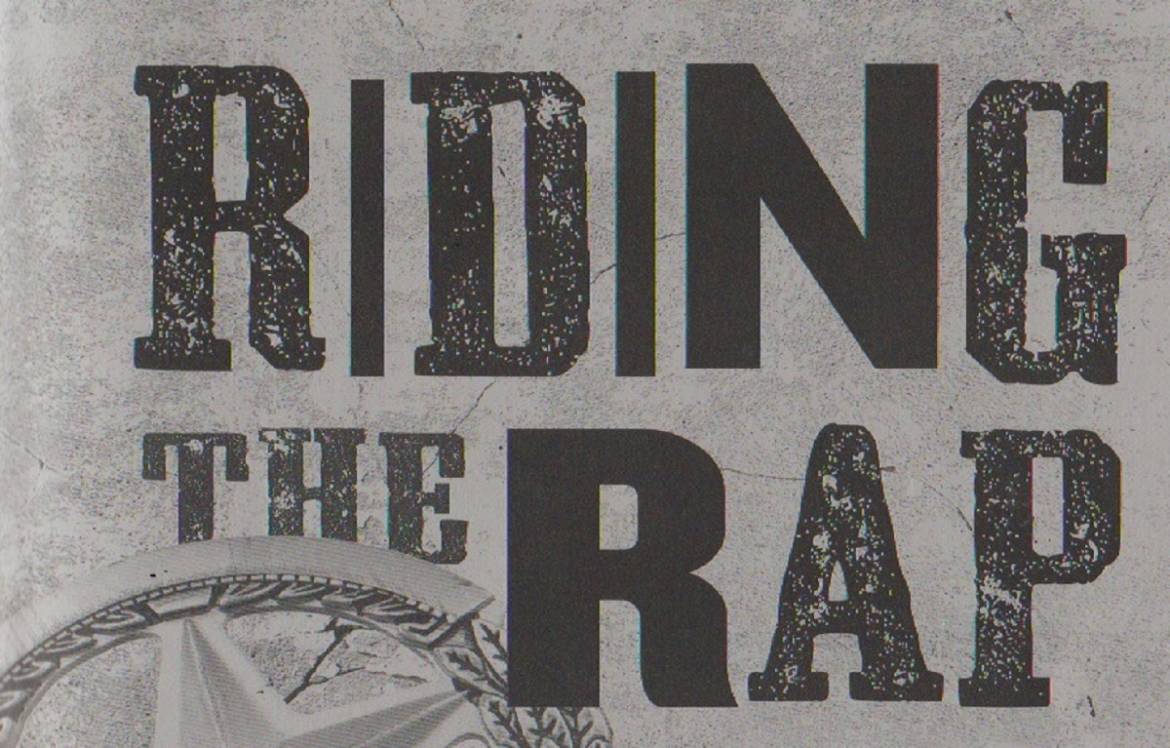 Elmore Leonard titled his 1995 novel Riding the Rap, but he might have easily called it Be Cool — a name, as it turned out, that he later gave to his 1999 sequel to Get Shorty.

All through the novel, guys are saying to one another, “Be cool.” Usually because they’re not all that cool at that moment. Still, they’re guys who pride themselves on their coolness — coolness in life, and coolness in moments of stress, and coolness in the midst of violence.

In the two moments of greatest violence in Leonard’s novel, there’s a character who’s been totally cool and who seems to be acting one way and then, well, goes another. This is what happens when you’re dealing with sociopaths, as colorful as they may be.

For instance, two bad guys are watching a third on a closed-circuit television screen as he walks up to a hostage they’ve taken in hopes of making a killing, financially.

They think he’s going to punch the obstreperous hostage. Instead, they watch him reach under his loose shirt and pull out an automatic that he puts in the face of the quarrelsome guy who is “all eyes seeing it, mouth coming open, and [the bad guy] shot him.”

Well, there goes that easy money.

On the screen, they see the killer turn away with “an expression, like saying to them, hey, nothing to it.”

The other time, two of the bad guys are out back, and one is practicing his quick draw, insisting that the other one do the same. It’s just a pantomime, right?

Well, the insistent guy is pretty irritating, and, when he draws, he stands with his feet apart in a kind of crouch, points his gun at the other guy and shouts, “You’re dead!”

[The other guy] raised the Browning, cupped his left hand beneath the grip the way they did in the movies and fired. Shot [the insistent guy] square in the middle.

Both killers are cool as cucumbers, but each comes to a bad end. So much for “being cool.”

Maybe Riding the Rap isn’t such a bad title.

Early on in the novel, the central character, a federal marshal name of Raylan Givens is transporting a conniving prisoner to prison, and, after a bit of a contretemps in which Raylan shows him who’s boss, he tells the guy:

“What you’ll have to do now is ride the rap, as they say. It’s all anybody has to do.”

It’s a kind of corollary to “If you commit the crime, you do the time.”

There’s an existential way of looking at it, though, which Leonard may have had in mind.

You choose the sort of life you’re going to live, and then you put up with the consequences of that choice.

Each of the characters in Riding the Rap had made life choices, and then stuff happens based on those life choices.

For instance, neither of the victims above was an innocent. A pretty 26-year-old fortune-teller skates right along the edge of bad stuff and nearly has to pay for it. Raylan has determined the ethical lines of his work as a lawman, and, in the novel, that crimps his style a bit.

So, being born means you have to ride the rap — live the consequences. “That’s all anybody has to do.”

Bad things can happen to good people. But virtually no one in an Elmore Leonard novel is fully good or fully bad.

The lesson, though, seems to be that you can try to be cool all you want, but, if you do a lot of bad stuff, bad stuff is much more likely to happen to you. The same with good stuff.

But, if you practice quick-draw with loaded guns, especially with a guy you’ve been irritating for weeks, your hope for a lot of good stuff is probably misguided.