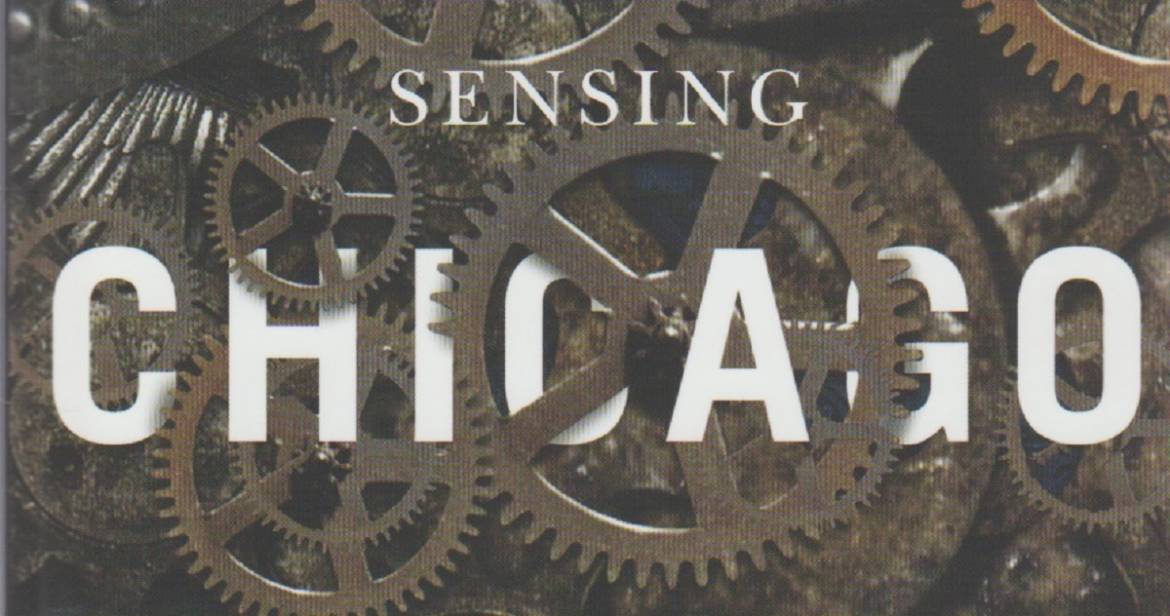 Historians have always focused on the facts of the past — What happened?

They have also studied the reasons behind those facts — Why did it happen?

Above all, they have sought to figure out how the past has shaped the present — What did it mean?

Today, there’s a new genre of history-writing that asks a question that has long been over-looked or little reported — How did it feel?

This is called sensory history, and it examines how things smelled and sounded and felt for someone who lived in a certain place at a certain time in the past, as well as the causes of those smells, sounds and physical feelings; the meanings that people of the time attached to those sensory perceptions; and the impacts that the senses had on the decisions that people made, individually and as groups.

In other words, it’s doing all the same things that historians have been doing when examining, say, the life of Abraham Lincoln or the fall of the Roman Empire, but, in this case, focusing on sensory experiences.

The question of how things looked has long been woven into the usual approach of historians.  The physical sense of taste is examined by those writing histories of food, and has arisen in general histories mainly in terms of the scarcity of food or the conspicuous consumption of food, such as by monarchs, often as a spur for some sort of public action.

But the smell, sound and feel of a moment in time — by people at various levels of society and in various roles — is only now coming to be recognized as a useful and important tool in understanding that moment.

A recent entry onto the short bookshelf of sensory history is Adam Mack’s 2015 book Sensing Chicago: Noisemakers, Strikebreakers, and Muckrakers.

Mack is looking at Chicago in the second half of the 19th century and the opening of the 20th, and he sets his sights on five subjects:

In the high heat of the summer of 1869, an official “smelling committee” took a boat ride to inspect the Chicago River to identify the various zones of odor on the three branches and the causes of those odors.

Around 12th Street, the smell was “thick enough to cut,” according to an eye- or, rather, nose-witness, and Mack writes that, at 18th Street, “The water stood calm, darkly-colored and filled with garbage as well as discarded timber from a rail yard.  A dead pig floated past.”

That dead pig might have been tossed in from anywhere on the shoreline, and it mingled with the waste from factories, tanneries, slaughterhouses and a range of other sources, including human and animal feces.  The waterway was the city’s main sewer, leading one headline writer to dub it “the Chicago Styx.”  Mack writes:

The river acted in concert with other receptacles of industrial and household waste to befoul Chicago’s physical environment.  The grimy streets and alleys, the clamor of wagons and streetcars, the smoke that perpetually hung over the city, and the putrid smell of the offal left to decompose in the river registered on the senses to foretell disease, moral chaos, and even economic ruin.

It was so bad, he adds, that “It is not too much to say that the awful smell of the polluted stream punched Chicagoans in the nose.”

It was clear that a polluted river caused disease since the waterway emptied into Lake Michigan where the city got its drinking water.  So civic and government leaders feared the smelly river for health reasons.

In addition, the pollution in the river and on the streets and everywhere else was feared as a cause of “moral chaos, and even economic ruin.”  As Mack explains, the “sensory disgust” of Chicago’s elite was rooted in the belief that “cleanliness encouraged industriousness, sobriety, and thrift; a polluted water supply and lack of bathing furthered the type of squalor that gave rise to mob rule.”

There was anxiety that the dirt and squalor of the city’s working world would grow so pervasive that it — and the mob causing it — would overwhelm the carefully created sensory oases of Chicago’s middle-class and rich.  There was, after all, just a thin line between a government of law and the anarchy that had been on display during the French Revolution.

Nearly all of the written accounts of the Great Chicago Fire of 1871 are from the middle and upper levels of the city’s society, which is to say, from the top quarter of the population in terms of economic stability.

In many ways, their recollections are the same as those of the working class and the poor in terms of how scary, emotionally jarring and sensorially overwhelming the blaze was to live through.

Mack notes that the conflagration was so loud and hot and visually overpowering that, for many people, such as business owner John G. Shorthall, it short-circuited their senses:

“No description is adequate, and yet so wrought up was I, that I did not feel [the fire], barely was conscious of it, while I brushed the burning cinders off the books, and occasionally shook myself to keep free.”

It was an event, Mack writes, that turned the world upside down, as Charles Elliott Anthony, the 15-year-old son of a judge, discovered:

His hat caught fire with such suddenness that it burned most of his hair and eyebrow, which, taken with the soot covering his clothing and skin, rendered him unrecognizable to his father, who initially refused to let him back inside their family home.

The revolutionary nature of the physical aspects of the blaze had their parallels in how it burned away, for the moment, the societal lines that separated the classes and created, as one historian described it, an “awful democracy.”  Mack writes:

[Middle- and upper-class witnesses] expressed shock at seeing the city’s wealthiest residents retreating through the streets alongside poor people.  The sensory refinement that signaled social distinction for the middle and upper classes implied greater sensitivity to the rigors of the outdoors, to say nothing of a sudden and harried retreat from the city.  The coarsened sense of the poor — for instance, their presumed comfort with river stench — rendered them less sympathetic as victims.

In other words, the physical sensations of the working class and poor might have been great, but the belief was that they were used to rough sensory experiences.  However, for the city’s refined people, particularly for the women, each smell, each loud noise, each rough bump amid the fleeing crowd was a violation of social boundaries.

Women, when out of their homes, relied on “privacy in public,” and lower-class people knew better, in normal times, not to cross the invisible lines that guarded that privacy.  This is described by Mack as “the need to shield oneself from violation of female modesty, in the form of prying eyes, rough language, and even potential assault.”

But, during and immediately after the fire, those lines were gone.

In the 1880s, George M. Pullman, who made a fortune with his sleeper railroad cars, built a model town south of Chicago as a response to the labor unrest that was afflicting the nation and his own business.

It was an ultimately unsuccessful attempt to impose middle-class values, such as emotional restraint and abstemiousness, on his employees and their families.

In this chapter, Mack looks at the way that the elites of America — the rich and powerful, the owners of large operations — heard in the sounds of factories a sort of hymn to progress.  But protests by workers?  Those were noise.

The chapter is titled, “To Quiet the Roar of the Crowd.”

In 1893, Pullman workers went on strike, a protest that grew violent after the U.S. Army was called in to end it.

“Cleaner.”  Than who?  Than the “raging, savage, unthinking mob.”  Than the “seething mass of smells, stale beer, and bad language.”  Than the “malodorous crowd of anarchistic foreign trash.”

Upton Sinclair’s novel The Jungle was a bestseller in 1906 and has been read by every generation since then in large part because of his descriptions of the smells, sounds and sights of the meatpacking plants and what they did to the lives of the workers.

The plot is overly melodramatic.  Everything that can go wrong in the life of an immigrant does go wrong for Jurgis Rudkus and his family.  Yet, Sinclair isn’t aiming for a nuanced portrait of Jurgis.

He’s writing to protest the degrading world in which people like Jurgis must work and live:

All day long the rivers of hot blood poured forth, until, with the sun beating down, and the air motionless, the stench was enough to knock a man over; all the old smells of a generation would be drawn out by this heat — for there was never any washing of the walls and rafters and pillars, and they were caked with the filth of a lifetime.

But the smells of the plants didn’t stay there.  They embedded themselves into the skin and bodies of the workers:

The men who worked on the killing beds would come to reek with foulness, so that you could smell one of them fifty feet away; there was simply no such thing as keeping decent, the most careful man gave it up in the end, and wallowed in uncleanness. There was not even a place where a man could wash his hands, and the men ate as much raw blood as food at dinnertime. When they were at work they could not even wipe off their faces — they were as helpless as newly born babes in that respect; and it may seem like a small matter, but when the sweat began to run down their necks and tickle them, or a fly to bother them, it was a torture like being burned alive.

In the immediate aftermath of the novel’s publication, readers focused less on the oppression of the poor and much more on the unsanitary conditions in which the food that they put on their own tables was produced and the disgusting ingredients that got into that food.

Sinclair was chagrined by this, but he may have played a role.  Like many of those in the upper levels of society, he saw Jurgis and other workers as unrefined and crude, even before undergoing the brutish conditions of the plants.

Mack notes that Sinclair’s description of the wedding of Jurgis and Ona is “marked by the sharp smells and flavors that set the attendees apart as sensory beings with coarse tastes.”

Coarse tastes = less refined feelings.  Or, put another way, these workers were seen as somewhat brutish to begin with.

The sympathies of his readers toward the workers may have been blunted by this belief.

White City promised to countervail the monotony of factory work and the squalor of the vice district to make better, healthier citizens.

The advertising for the park stressed its sensory pleasures, Mack notes:

On the park’s boardwalk, the pleasant “sounds of laughter and merriment come to the ear.” The audible merrymaking joined with the “alluring strains of music” from the outdoor band as the “delicate fragrance of beautiful flowers” planted alongside delighted the nose….

Advertising boasted that the scintillating surroundings refreshed the senses by boosting “blood circulation” and delivering the “tingling of the nerves” for the sedentary urbanite or wearied factory operative.

The park didn’t last long before becoming tawdry enough to prompt police raids, but, in its emphasis on counterbalancing the negative aspects of city life, it was a precursor of a major change in the American landscape a half century later, as Mack writes:

The White City of 1905 presaged a suburban sensory landscape — predictable, secure, racially homogeneous — that offered later generations a retreat from the industrial city itself.