Book review: “The Bible Unearthed: Archaeology’s New Vision of Ancient Israel and the Origin of Its Sacred Texts” by Israel Finkelstein and Neil Asher Silberman

A single paragraph about two-thirds of the way through the book exemplifies the strength and clarity of Israel Finkelstein and Neil Asher Silberman’s The Bible Unearthed: Archaeology’s New Vision of Ancient Israel and the Origin of Its Sacred Texts.

The authors mention that, late in the eighth century BCE, a new vocal school of thought emerged in Jerusalem and the kingdom of Judah, arguing that only YHWH should be worshipped, and they add:

“We cannot be sure where the idea originated.”

They note that it is expressed in the older stories of Elijah and Elisha and in the more contemporary works of the prophets Amos and Hosea, both of whom were active in the north where the kingdom of Samaria (Israel) had been wiped out by the Assyrians.  That has led some biblical scholars to argue that the movement toward monotheism began in the final days of Israel.  Other experts, though, contend that the focus on a single deity had already been developing in Jerusalem.  Finkelstein and Silberman write:

“Perhaps both factors played a part in the close-packed atmosphere of Jerusalem after the fall of Samaria, when refugees from the north and Judahite priests and royal officials worked together.”

All of that information is contained in a 190-word paragraph on pages 247-248 of The Bible Unearthed, and, for me, the key words — the words that indicate why the book is such a joy and wonder to read — are “We cannot be sure” and “Perhaps.”

A great deal is said about the Bible that is glib and facile and expresses a certainty that isn’t warranted.

When it comes to theology, it is best to remember that this document, composed over centuries more than two millenniums ago, is a sacred text of three major religions — Judaism, Christianity and Islam — each of which has its own manner of reading and understanding the scripture.  And each with its own idea of what’s in and what isn’t in the document.

And, within each faith, multitudinous sects and schools of thought analyze the Bible in ways that are often controversial and even contradictory.

Belief is rooted in doubt.  You don’t have faith in facts.  Faith has to do with what can’t be quantified or measured or easily described.

Some fundamentalists assert that the Bible is the literal truth.  But which Bible?  Are they using an English translation?  Then which translation?

Each translation, no matter how rigorous or freewheeling, is the result of the translator deciding what English word or phrase best mirrors the original word or phrase in Aramaic or whatever language is available in the earliest version. There are many places in the Bible where the meaning of the original word is unclear more than two thousand years after it was written.  Consider also that much of the Bible is poetry which, by its nature, is ambiguous, with words and phrases having multiple possible meanings.

As a result, translators argue about the way this line or that line is rendered into English.  Translation is a mix of craft and art.

Theology grows out of the way those words are translated, and, in a reverse manner, theology can shape how those words of rendered.  Theologians who agree on much will dispute the import of a particular verse, and those disputes can lead to dissension, institutional quarrels and even schisms.

And strife can result even when the original biblical words are able to be translated clearly into English: “Thou shalt not kill.”  It’s one of the Ten Commandments, but what does it mean in terms of war and the death penalty and self-defense and abortion and euthanasia?

This is the context in which Finkelstein and Silberman wrote The Bible Unearthed: Archaeology’s New Vision of Ancient Israel and the Origin of Its Sacred Texts.  Finkelstein is a prominent Israeli archeologist; Silberman is an American archeologist and historian.

Their book details and explains the findings of archeologists over the past two centuries, particularly in recent years, findings that have gone far to enable modern people to be better able to understand the Israelites and early Jews.  These were people with human concerns and worries who had a way of life and a culture that shaped the writing of the Hebrew Bible.

“The world in which the Bible was created was not a mythic realm of great cities and saintly heroes, but a tiny, down-to-earth kingdom where people struggled for their future against the all-too-human fears of war, poverty, injustice, disease, famine, and drought.”

”An unparalleled source of solidarity and identity”

They declare that the Bible is a “historical saga” that is “a brilliant product of the human imagination.”

This dovetails with the work of secular translators, such as Robert Alter, who look at the books of the Hebrew Bible as works of literature — in some cases, great literature — composed or edited by human beings.  They argue that the writers of these books weren’t just thinking of theology but also of art.  That is, they were trying to find a way through their literary art to describe the human condition.

Finkelstein and Silberman write that the early core of the Bible, created about 2,600 years ago, is “an epic saga woven together from an astonishingly rich collection of historical writings, memories, legends, folk tales, anecdotes, royal propaganda, prophecy, and ancient poetry.”

In part, this core was an adaptation of earlier works.  In part, it was an original composition.  And, as time went on, this scripture was edited and expanded and became “the spiritual anchor not only for the descendants of the people of Judah but for communities all over the world.”

Indeed, when the Romans destroyed the Second Temple in Jerusalem and the Jewish people were scattered across the world, it was, write Finkelstein and Silberman at the end of their book, the Hebrew Bible that became the heart of the faith.

“The Hebrew Bible would offer an unparalleled source of solidarity and identity to countless communities in the centuries that followed.  The details of its stories, drawn from a treasury of ancient memories, fragmentary histories, and rewritten legends, possessed power not as an objective chronicle of event sin a tiny land on the eastern shore of the Mediterranean but as a timeless expression of what a people’s divine destiny might be.”

For those who insist on the literal truth of the Bible, the work of archeologists that Finkelstein and Silberman describe is unnecessary.

Anything that is found that seems to confirm something in the Bible is acceptable, such as the evidence that has been gathered that seems to indicate that David and Solomon were historical figures.  On the other hand, anything that appears to contradict the Bible, such as the indications that neither David nor Solomon oversaw a very large or glorious realm, is rejected.

Most people of faith, however, as well as non-believers have a sense today that at least some parts of the Bible are mythic and metaphoric in nature, such as the account of God creating the world in seven days and the Adam and Eve story.  These sections of the Bible weren’t attempts to present facts but to provide the people who became the Jews a symbolic way to visualize how the world and humanity began.

What about later events?  Finkelstein and Silberman write that, until the 1990s, the consensus among archeologists was that the Bible could be used as “a basically reliable historical document” for events beginning with the time of David, around 1000 BCE.

However, that began to change because of a new approach among archeologists:

“For the first time, archeologists working in the lands of the Bible did not seek to use excavated finds as illustrations of the Bible; in a dramatic shift to the methods of social sciences, they sought to examine the human realities that lay behind the text.

“Much of what is commonly taken for granted as accurate history — the stories of the patriarchs, the Exodus, the conquest of Canaan, and even the saga of the glorious united monarchy of David and Solomon — are, rather, the creative expressions of a powerful religious reform movement that flourished in the kingdom of Judah in the Late Iron Age.”

Finkelstein and Silberman note that “suggesting that the most famous stories of the Bible did not happen as the Bible records them” isn’t a denial of ancient Israel’s history. Instead, it is through archeology the start of a better understanding of what that actual history was.

And that can’t help but assist theologians and biblical translators to come to a better understanding of what the authors of the Bible were saying and meaning in their texts.

For anyone who enjoys the study of history, The Bible Unearthed: Archaeology’s New Vision of Ancient Israel and the Origin of Its Sacred Texts is a delightful read because it gets down — literally — into the nitty gritty of ancient life.

And, to go back to the start of this review, Finkelstein and Silberman are never glib and sensational in what they write.  Like all good archeologists, they sift through all that is being found about the past to try to understand it and clearly state what they believe has been determined.

And they remain humble.

When they write that they are “suggesting that the most famous stories of the Bible did not happen as the Bible records them,” they are signaling that the conclusions that they and other archeologists have reached are only — and can only be — tentative.

Certainly, as they detail, the judgements of some earlier archeologists have proven to be inaccurate. So, the language that Finkelstein and Silberman use is rooted in tentativeness — “suggest” and “perhaps” and “We cannot be sure”.

The study of history, like faith, is rooted in doubt.  Skepticism is a primary tool for any scientist.  Anyone uncomfortable with ambiguity will have a difficult time with belief and with looking at the past.

What’s clear is that The Bible Unearthed is a book rich in new insight about the Bible and its place and its time.  And it sets the stage for all future archeological and historical work.

Some of the book, down the line, will turn out to be incomplete or inexact or downright wrong.  So be it.

Any future findings will stand on the shoulders of the archeologists who have done the projects that Finkelstein and Silberman summarize in their meaty and thought-provoking book. 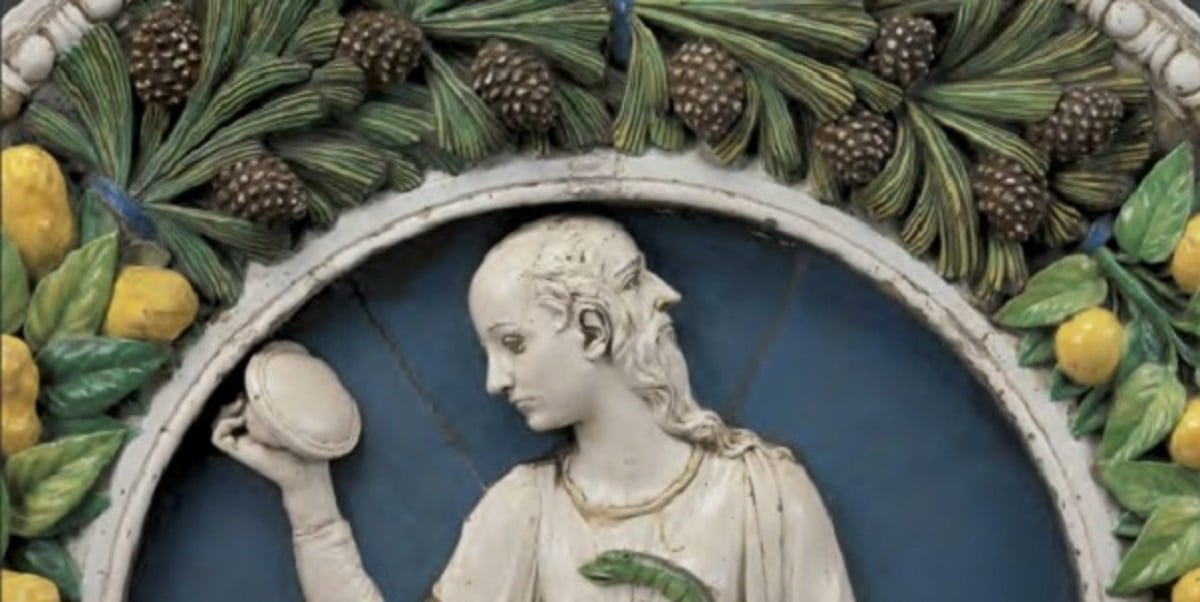