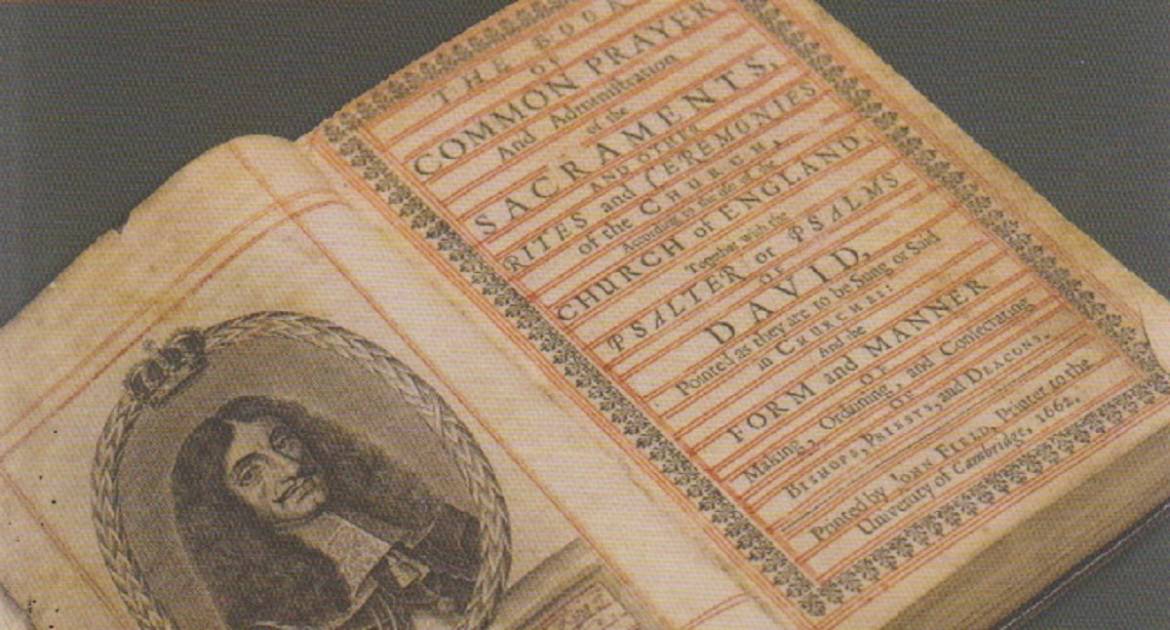 Book review: “The Book of Common Prayer: A Biography” by Alan Jacobs

The Book of Common Prayer was created in the 16th century as the prayer book of the Church of England.

Originally, that institution had been part of the Roman Catholic Church, but it was separated from Rome by King Henry VIII and became a national church, constitutionally established by the state with the monarch as its supreme governor.

Thus, The Book of Common Prayer, created to replace the Catholic prayers in religious services, was, in effect, a government publication.

This led to complexities for the prayer book in England that it wouldn’t have in other nations, such as the United States, where the Episcopal Church, part of the Anglican Communion, is just one of many organized religions rather than under the sponsorship of the state.

For instance, as Alan Jacobs writes in his energetic look at creation and history of the prayer book The “Book of Common Prayer”:  A Biography, there have been times over the past five hundred years when the book was seen not just as an expression of religious faith but also as a stand-in for the nation in some way.

World War I was one such time.  Indeed, Jacobs writes:

One of the recurrent themes of the literature of the Great War is the ironic contrast between the long-standing habits and practices of English society and the blunt horrors of the battlefield.  The beautiful language of the prayer book clashes dissonantly with the soldiers’ experience.

One of the great books of that literature is Testament of Youth by Vera Brittain, a nurse during much of the war.  Attending the funeral of a friend of her fiancé, she was incensed at

the calm voice of the local clergyman intoning the prayers: ‘Grant, we beseech Thee, O Lord, Thine Eternal Rest to all those who have died for their country, as this our brother hath.…”  Eternal Rest, I reflected, had been the last thing that Victor wanted; he had told me so himself.

For writers such as Brittain and Robert Graves — and not only them, but also the chaplains with the troops — the prayer book became a symbol for the almost criminal cluelessness of those on the home front regarding the reality of the war.  Jacobs writes:

The prayer book, then, becomes a synecdoche for English society in time of war:  civilian incomprehension of the war’s miseries illustrated through an ongoing sanctimonious recital of the Cranmerian cadences.  The intrinsically repetitive character of liturgy reinforces the feeling of mindlessness, of saying without thinking, and the prayer book’s fixed place in the Establishment connects it with vast, pitiless, institutional forces — forces that blithely send young men to their deaths…

Many priests who served as chaplains during the war reported that the illiterate, or barely literate, foot soldiers they were charged to serve could make no sense of sixteenth-century diction and syntax, and were therefore left uncomforted in their time of need.

This sense that the prayer book was out of touch with modern life led to efforts in the 1920s to revise it.   Mild changes were approved with few difficulties in Canada and the US.

That wasn’t the case in England where liberal-conservative, high church-low church divisions were stark. Jacobs writes:

So little were the various parties able to collaborate that each was allowed to develop its own prayer book, with the idea that once that work was complete the necessary horse trading could begin in earnest.  This could not be construed as an indicator of hopefulness.

Various factions produced documents that came to be known as the Green Book, the Orange Book and the Grey Book.  The evangelicals didn’t come up with a revision, asserting that they were pretty much comfortable with the Book of Common Prayer that had been in use since 1662.  (That version was the last in a series of revisions that the prayer book had undergone since it was first composed by Thomas Cranmer in 1549.)

Between 1925 and 1927, the English House of Bishops worked to merge the Green, Orange and Grey books into one.  That new book was endorsed by the necessary church bodies and the House of Lords, but never saw the official light of day.

“Once more,” Jacobs writes, “the specter of establishment returned to haunt the Church of England.”

Once more, decisions about the faith life of English Anglicans were decided not by church leaders or theologians or pastors or even the believers themselves, but by politicians.

Consider how this would seem if, in the United States, the prayer book of, say, the Catholic Church or of Judaism or any faith tradition were in the hands of Bernie Sanders, Paul Ryan, Mitch McConnell, Nancy Pelosi, Ted Cruz, John McCain, Diane Feinstein, Devin Nunes, Luis Gutierrez and the rest of Congress.  Yet, because the Book of Common Prayer is essentially a government publication, that’s what happens in the United Kingdom.

As a result, the official Book of Common Prayer still in use in England is one that is more than 350 years old.

“An instrument of social and political control”

In fact, politicians and politically involved clerics were responsible for the prayer book being written in the first place.

In the first paragraph of his Chapter I, “One Book for One Country.” Jacobs writes:

The Book of Common Prayer came into being as an instrument of social and political control.  There will be much else to say about its origins, but here we must begin:  the prayer book was a key means by which the great lords who ruled on behalf of the young King Edward VI consolidated English rule of the English church.  In making one book, according to which the whole country would worship, Cranmer and his allies were quite consciously dismantling an immense and intricate edifice of devotional practice.  They had both theological and political reasons for doing this, but the immediate effect was political and was widely seen as such.

As Jacobs notes in that opening paragraph, there is much more than politics in The “Book of Common Prayer”: A Biography — the beauty of language, the expression of belief, the quirks of people who created it or loved it or hated it.

As with the other installments in the Princeton University Press series Lives of Great Religious Books, this book by Jacobs, published in 2013, is wonderfully accessible, smart and knowing, meaty and tasty.

Any member of the Anglican Communion would find this book of great interest.

But its audience is anyone interested in Western culture, literature, history and art.