Book review: “The Escape from Five Shadows” by Elmore Leonard

Elmore Leonard was in his early 30s and still learning his craft when, in 1956, he published The Escape from Five Shadows.

Missing is the snappy dialogue that he became known for.

Missing, too, are the sharply drawn characters, both good guys and bad guys.  There are hints that, in a later Leonard book, would be fleshed out.

For instance, Brazil, the hired gun working as the top aide to a corrupt construction chief, shows a fascination for explosives.  His boss Randa, a bully if there ever was one, has something of a psychological tick when it comes to Lizann, the wife of the weak-willed prison official who, ostensibly, is overseeing the work by convicts on Randa’s road-building project.  Karla is a sort of virginal tomboy who has an itch for Corey Bowen, the wrongfully convicted, thoughtful and resourceful hunk who is at the center of the story.

All of these characters have a lot of potential to be much more than they are in the book, but only potential  As a result, Leonard’s convoluted plot is too much front and center, to the novel’s detriment.

The best drawn character is Salvaje, the sergeant of the Apache police whom Randa uses to track down any runaway inmates.  Early in the book, it’s Bowen who’s the runaway.

He doesn’t get very far, but farther than many others, and more cleverly.  Salvaje is impressed.

Salvaje continued to stare at Bowen, openly appraising him and for a moment the hint of a smile softened his mouth.  He nodded his head then, slowly, as if to say: It was a good game, and it is too bad it had to end—

“But for the work of getting more horses” 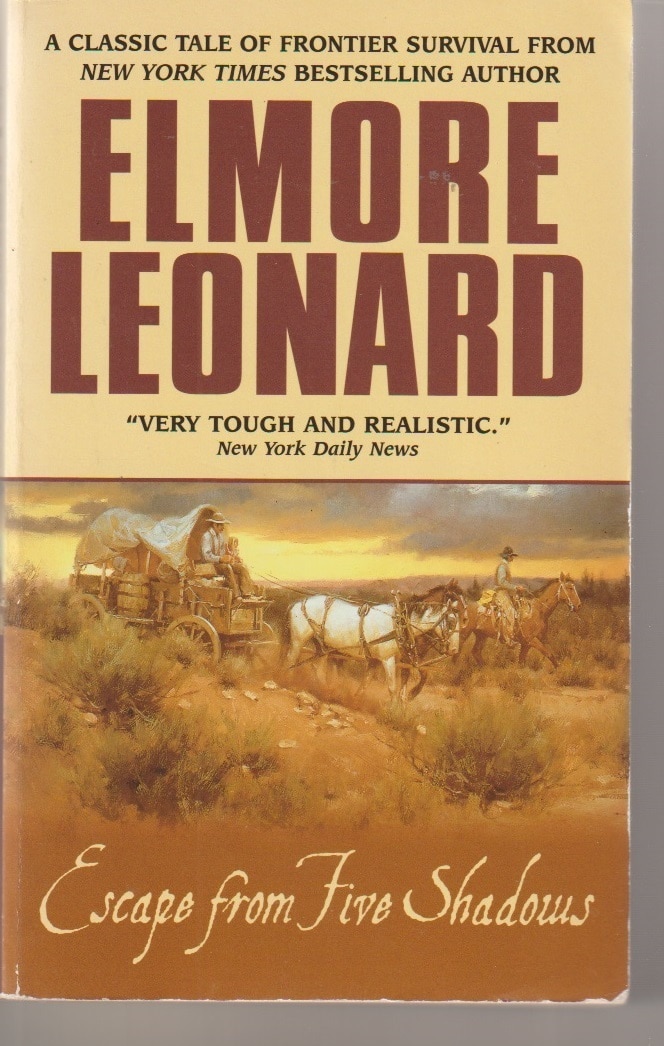 Later, when the Mimbres guard four convicts watering the teams of oxen, Salvaje and Bowen are next to each other:

Salvaje touched Bowen’s arm.  “But for the work of getting more horses, I wish you would run away another time.”

“That was a good thing with you in the meadow,” Salvaje explained.  “But the two horses you killed I was made to replace.”…

Salvaje shook his head.  “He is not easy to live with.  Sometimes I see him as an escaped man.  If he was ever that, he would not be brought back alive.”

“Maybe you try it again”

They talk some more and find out that they have common friends. There is a mutual respect for each other as men of skill and as men.

Salvaje’s eyes held on Bowen to understand him thoughtfully, as if wanting to understand all of Bowen, all of the things about him that would never be spoken.  Finally, he said, “Maybe you try it again some time.”

Bowen nodded.  “Maybe I will.”

If Elmore Leonard’s novels are about anything, they are about respect and about what it means to be a man.

They are also about the utter ridiculousness of believing that, because of cultural differences, this group is better than that group.  That some people are just less human than others.

For Leonard, every human is a human.