Let’s talk about wonderment. About astonishment, awe. About ecstasy.

But, first, let’s talk about feet.

Specifically, the feet of Jacob as he approaches blind Isaac for the birthright blessing that rightly should go to his older twin Esau.

This scene forms the left side of the Jacob and Esau panel in the east doors of Baptistery of Saint John in Florence. The right side is taken up with Isaac bestowing the blessing.

There are ten gilded bronze panels by Lorenzo Ghiberti on these Baptistery doors, five on the right and five on the left, each based on Old Testament narratives. They are known by the name Michelangelo gave them, The Gates of Paradise, and they “rank among the greatest creations of Renaissance art,” according to Andrew Butterfield, a leading scholar of Italian Renaissance sculpture.

Butterfield is one of a host of scholars who provided nine essays for The Gates of Paradise: Lorenzo Ghiberti’s Renaissance Masterpiece, edited by Gary M. Radke. The book was published in 2007 in connection with an exhibition of three of newly restored Ghiberti panels, held successively at the High Museum of Art in Atlanta, the Art Institute of Chicago and the Metropolitan Museum of Art in New York.

“Unlike anything ever seen”

Most of these essays tend to be fairly technical, dealing with the process of creating the panels, the art of chasing (i.e., the hammering, carving, detailing and polishing of cast bronze) and the process of casting the bronze, as well as the role of collaboration in their creation.

Butterfield’s, though, is more of a celebration of Ghiberti’s art. Indeed, it’s titled “Art and Innovation in Ghiberti’s Gates of Paradise.” These panels, created over a 27-year period in the early 15th century, he writes,

are one of the defining achievements of the period. In their combination of expressive power, convincing perspective, and sublime gracefulness, they were unlike anything ever seen before. They set a new ideal of artistic accomplishment, one that was to influence every painter and sculptor in Italy for generations to come.

However, because of a thick curst of grime caused by six centuries of weather and pollution as well as damage from a 1966 flood, art experts were long hamstrung in their attempts to analyze and evaluate the door panels. A needed restoration was nearing completion in 2007 when the three panels were put on display in the American museums — one about Adam and Eve, another about David and the one about Jacob and Esau.

What’s striking to a layman like me is the technical problem that Ghiberti faced — how to give the sense of deep space, the feel of three dimensions, in the relatively flat surface of a door panel — and how he solved it.

One solution is that these panels are actually somewhat triangular — not in height or width, but in depth.  The book features several side views of the panels, and they make it easy to see how Ghiberti built up the lower portion of the panel, even to the extent that the figures extend out beyond the rectangular height-width frame. This base became the base of the side-view triangle. By contrast, the upper portions tend to be much thinner than those below. .

In other words, there is an actual difference in depth between bottom and top, and this combines with Ghiberti’s complex use of perspective to give a sense of close and far to the various scenes depicted on each panel.

For those looking straight on — at Jacob’s back — Ghiberti has made it seem that Jacob has planted his right foot on one step while starting to lift his left foot from the step below.  But the steps aren’t actual steps.  They’re just lines in the gilded bronze.  So how did he do it?

If the viewer moves far to the left to look at the panel from the side, something amazing appears — not the sculpted image of foot, but a smashed, awkward, clubfoot-seeming thing.  Ghiberti knew that most viewers wouldn’t see the foot from this perspective, and so used this highly compressed, anatomically incorrect form to make the foot seem fitting and normal from the more usual straight-on view.

As amazing as that is, what’s amazing is the exhilaration that Radke’s book provides to readers through its extensive use of sumptuous full-page images of the three panels from several perspectives.  (When opened, the book is about half the size of a single panel so the images replicate — approximately and in a two-dimensional way — the actual size of the figures.)

And they are astonishing. Consider these two perspectives of Eve being created by God:

Or these two perspectives of Eve (with Adam behind her) being sent out of the Garden of Paradise.

They are breath-taking, as are dozens of images in Radke’s The Gates of Paradise.  In emphasizing the three-dimensional aspects of these panels, the book brings the reader — viewer — deep into the art in a way that would be hard for any other book about any other artwork to match.

To call it a beautiful book is to fall far short of the delight and pleasure it brings. 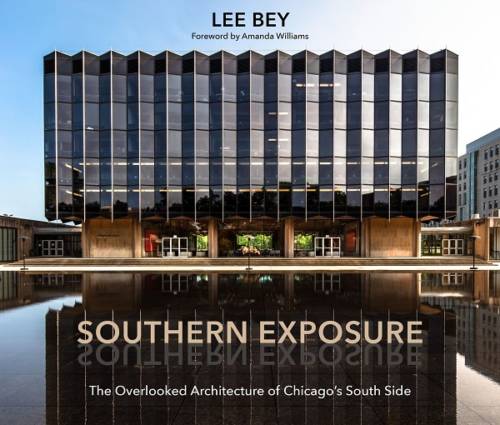 Book review: “It Walks by Night” by John Dickson Car