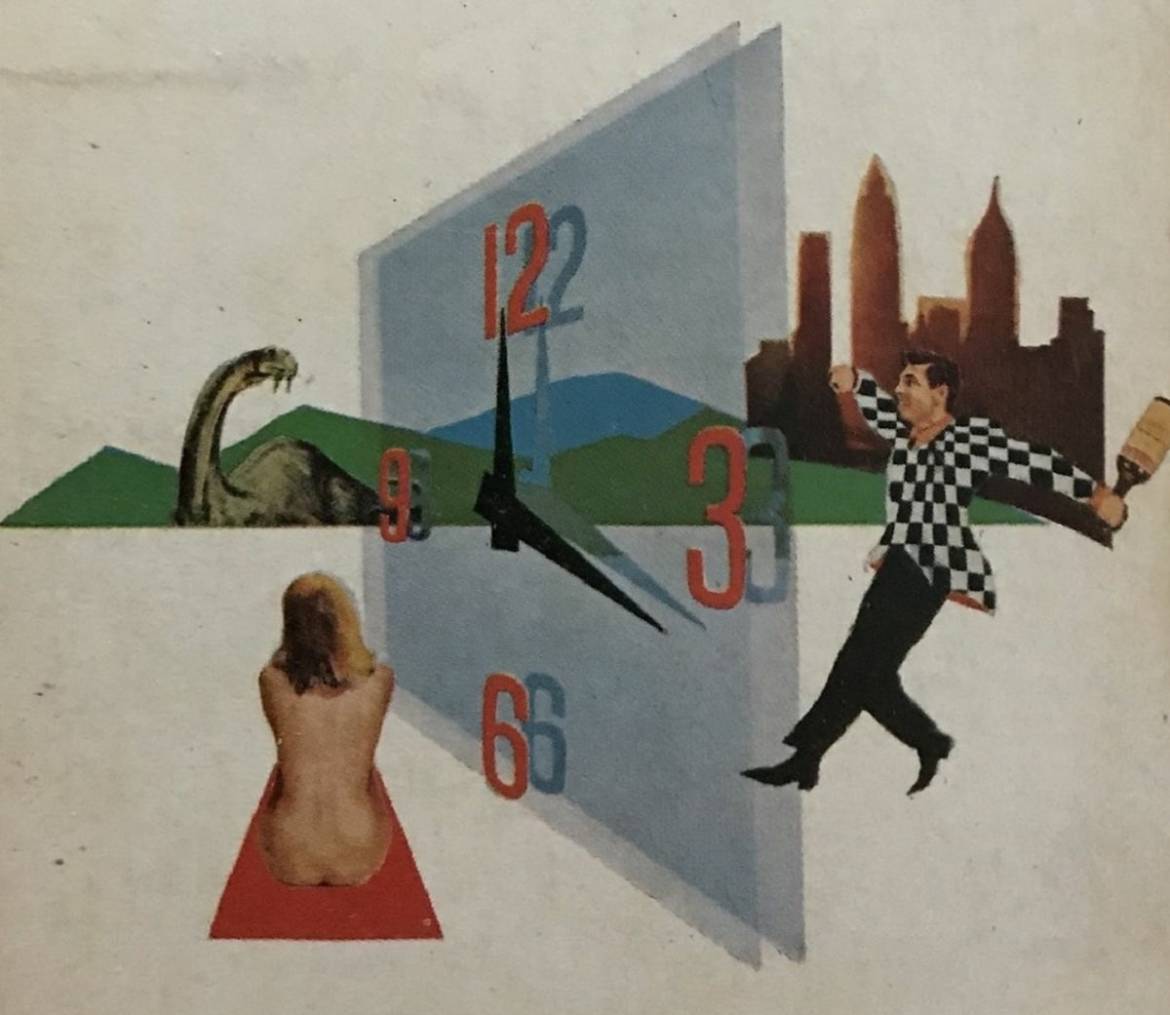 Previous item Essay: A Time to Die Next item Lives of Great Religious...

Well, Keith Laumer is trying to be wacky here in The Great Time Machine Hoax, but the laughs are pretty tepid.

Oh, the 1964 novel is interesting enough as a cultural artifact since it deals with speculations from that time in a story about a huge, self-aware computer (embodied in a beautiful [and naked] “girl”) and glitches relating to time travel and a future culture of mind over matter and a past culture under the sway of a circus operator and an all-male community of back-to-nature men who, as portrayed in the book, don’t appear to be gay but also don’t seem to miss the presence of women.

That’s a lot of storylines for a 210-page novel, and Laumer doesn’t seem to know what to do with them.

“The shrill cries of social injustice”

The “hoax” of the title, for instance, isn’t really a hoax, but more of a miscommunication.

The time machine aspect of the story permits Laumer to send his main character Chester W. Chester here and there through history and the future and alternatives thereof.  Each landing place has its own story, but none of the stories is that compelling, and they bear little relationship to each other.

These various scenes in various eras appear to be an excuse for Laumer to trot out his personal insights about a lot of things, such as poor people.  He’s no fan.  To wit:

“Brandon, [Chester says to another character,] learn to do something that other people want or need and you won’t have to worry about being stepped on.  Most of the shrill cries of social injustice come from people who contribute nothing to the scene that a chimpanzee couldn’t do better.  Why do you think people treasure the few really talented singers, actors, ball players, medical men, engineers that crop up?  Because there are far too few of them — every one is a treasure.  And if a new man comes along and writes a song that reachsd out and touches something in everybody, he doesn’t have to worry about being picked on.  His fans won’t let anything happen to him.”

That last part, it seems to me, shows a lack of awareness of the fickleness of fans.  Ask any baseball player going through a slump?  Ask any singer who’s hit it big only to find herself being pushed off into the wings for the next new best thing.

And that part about “the shrill cries of social injustice” — well, that shows a lack of awareness of the way so many outside forces impinge on the life of anyone, particularly anyone poor.

Someone born into poverty may have great talent and great drive, but it will be a lot harder for him or her to find success than for the child of affluent suburbia.

A big part of that difficulty has to do with the way the social system is set up by the “haves” to make sure they keep their wealth — and make it larger — and the result is that the “have-nots” end up having less and less and less.

Laumer’s idea about social injustice is half-baked.  Like his novel.