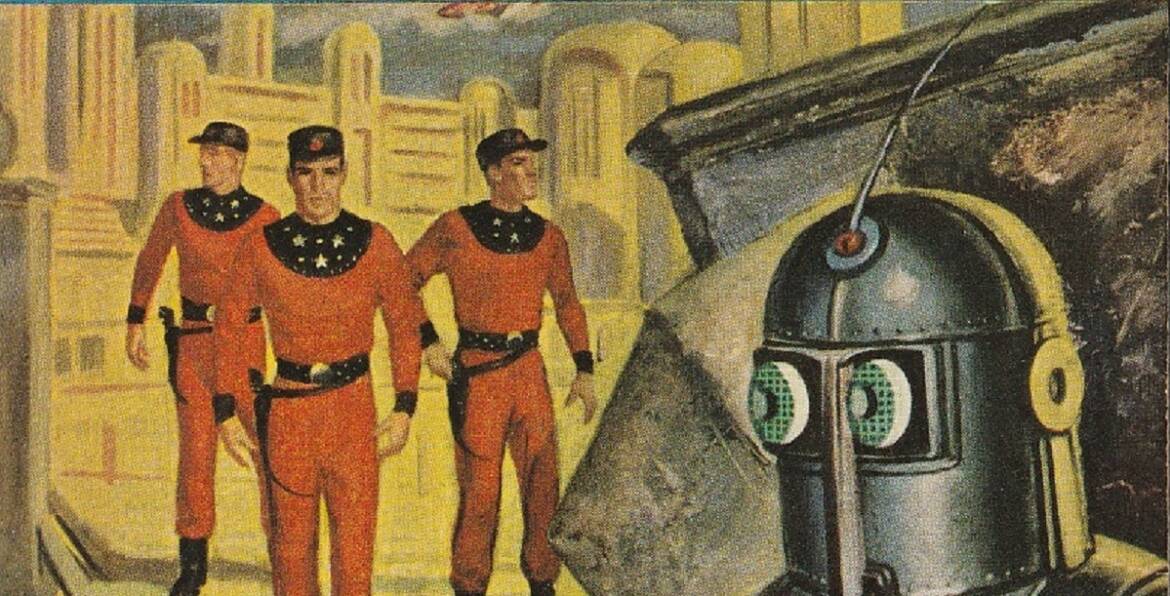 In early July, I tested positive for Covid, and, within hours, I’d started a regimen of five days of Paxlovid.  I had a range of mild symptoms, not bad, and some fatigue.

So, I wanted to pick up something that would be light and fun, and I turned to Andre Norton and her 1953 novel Star Rangers. The edition I started reading was titled The Last Planet.

This novel hit the bookstores a year after her ground-breaking and wonderfully vivid novel Daybreak: 2250 A. D., originally published as Star Man’s Son, 2250 A.D., a book that was important to me when I read it as a 10-year-old in 1960 and have re-read often ever since.

It’s one of the first novels in the aftermath of the dropping of the atomic bomb on Hiroshima and Nagasaki to grapple with the idea of what the world would look like after a global nuclear war. And it tells the story of Fors, a mutant thrown out of his clan who, accompanied by Lura, a large telepathic cat, travels across a wasteland to a ruined city, seeking a new home.

I didn’t expect The Last Planet to be as good as Daybreak, but it was much weaker than I expected, a disappointment.

The Wikipedia entry for Star Rangers (The Last Planet) details how the novel garnered high praise when it was first published.  For instance, The Magazine of Fantasy and Science Fiction called it “a magnificent success, both in romance and wonder. An engrossing adventure that is skillfully set on a small stage against the massive background of intergalactic intrigue and decadence.”

The review at Kirkus Reviews described the book as “a science fiction story with adult concepts and a catchy theme.” But it also gave away a key plot twist that occurs at the very end of the novel, a spoiler repeated by Wikipedia.

Saturday Review was positive despite some reservations: “And what a time they had, a super-hair-raising time! The story has a style that is not always easy to follow, but it will be eaten up by older boys and adult space fans.”

Kartr is a sergeant in the Stellar Patrol whose ship Starfire crashes on an Earth-like planet in a manner that makes it certain it will never rise again.  So, these star rangers — think of the U.S. Marine Corps — have to figure out what to do.

Some of Kartr’s superiors can’t bear the thought of never going back to space, but Kartr leads a small group of rangers of various species to find a way to survive on the planet.

They have a run-in with human-like natives and end up at a city where their superiors blindly ally with the bad guy running the show by the name of Joyd Cummi, a Vice-Sector Lord.

It would be interesting to study Norton’s names for Bad Guys.  They always seem to have a name such as Joyd which just sounds not-right. Same with Cummi.  And, probably in all science-fiction books, it’s never a good idea to trust anyone who’s a Vice-Lord of anything.

In any case, things go from bad to worse at the city, and then there’s a plague, and then…..  Well, there are several more episodes in this episodic story.

Norton was just at the start of her science-fiction writing career, and I think this story got out of hand because the core characters — Kartr and some non-humans — weren’t very compelling.

Also, a key element here, as in Daybreak, has to do with the telepathic ability of Kartr and other characters.  This eventually involves a mind battle between the sergeant and Joyd that takes place over several pages and, to borrow the Saturday Review’s words, “wasn’t easy to follow” for me.

But I’m willing to believe that it was Covid that made the novel disappointing for me.  (With Paxlovid and my earlier vaccinations and boosters, my case was mild, and the symptoms faded away in a few days.)

Maybe, if I’d read it at another time, I’d have liked it more.

Maybe, but I don’t think so.