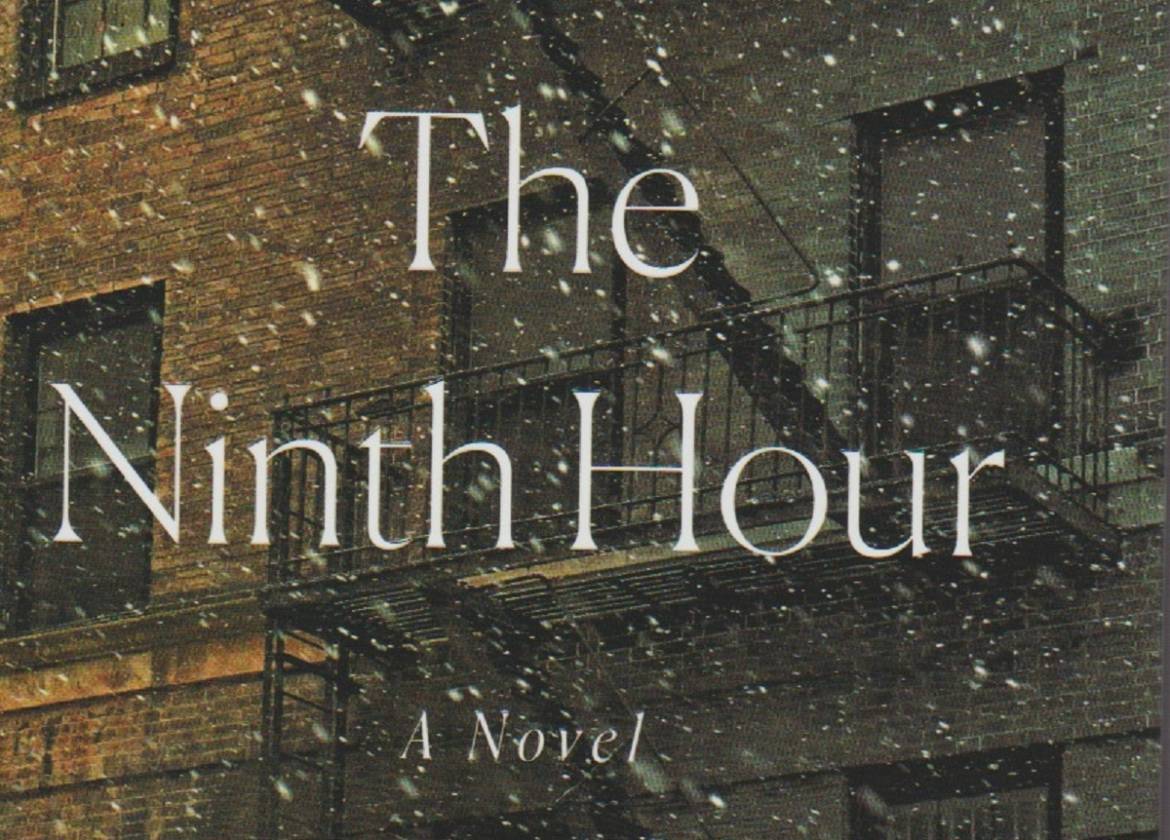 Sister St. Saviour, a no-nonsense Catholic nun with the networking skills of Tammany Hall, stands in the near dawn at the window of a burned-out apartment in her Brooklyn neighborhood in the early 20th century.

A gas explosion it was that caused the fire. One man died, Jim “Mc-something” — as he’d wanted. An Irishman who’d lost a good job as a trainman because he didn’t like bosses controlling his time. Sister St. Saviour is doing what she can to cover up the suicide, to protect his young and pregnant wife.

Looking into the garbage-strewn courtyard, she is disheartened, and, then, just for a moment, she catches sight down there of what she takes to be

“a man, crawling, cowering was the word, beneath the black tangle of junk and dead leaves, the new vague light just catching the perspiration on his wide brow, his shining forehead, the gleam of a tooth or an eye.”

Ghosts of actions taken, choices made

Alice McDermott’s new novel The Ninth Hour is about the ghosts that haunt lives down the decades, especially in families. Ghosts, like the one in the courtyard, that seem to appear as visions, but, even more, the ghosts of actions taken, choices made. We are all shaped and gnarled by what those before us did, even if we don’t know what they did.

The report of Jim’s suicide is in the New York Times the next day, but his daughter Sally, born seven months later, is never told the truth. Even so, the lives of everyone around her — her mother Annie and the nuns who take the widow and daughter under their wing — are twisted and turned by Jim’s act. And so is hers. And twisted and turned by other acts as well, and the truth and lies told about them.

The Ninth Hour is a jagged, unsettling novel which tells the stories of two families as far back as the Civil War and as far forward as the present day, all in 247 pages.

McDermott keeps the reader off balance. In the action of the novel, Jim, the suicide, and Sister St. Saviour turn out to be minor characters. There is no central figure, but large roles are played by Sally and Annie and several nuns who are Little Nursing Sisters of the Sick Poor of the Congregation of Mary Before the Cross — Sister Lucy, Sister Illuminata and Sister Jeanne.

There are also the unnamed children of Sally, middle-aged and older, who form what might be called a Greek chorus narrating the novel. They don’t let themselves appear very often on the pages of The Ninth Hour, just here and there, such as “Sister Jeanne told us…” and “our young grandfather,” Jim, and “our mother [who] had once more taken to her shaded room to sleep off what [the sisters] called her melancholy,” Sally.

Adultery and murder are committed in The Ninth Hour, but the most disconcerting aspect of this disconcerting novel is the presence of the nuns, chaste women devoting their lives to the poor. Sally’s future mother-in-law

“loved the nuns — adored them, she said — but she also harbored in her heart the belief that any woman who chose to spend a celibate life toiling for strangers was, by necessity, ‘a little peculiar.’ ”

These nuns aren’t the sappy stereotypes of hagiography or the comical figures of “Sister Act.” Yes, in their rejection of sex, they’re peculiar. But everyone in this novel is peculiar, and aren’t we all? On McDermott’s pages, these sisters feel and act out of greed and compassion, love and the desire for control, pity and anger. They move through the streets of Brooklyn

What they do and what they impose have consequences, all of them complicated, and not all good.

Sister St. Saviour recognizes that. While working to cover up Jim’s suicide for the widow’s sake — and her own sense of power — she addresses God:

“Hold it against the good I’ve done…We’ll sort it out when I see You.”

This review originally appeared in the Chicago Tribune of 10.15.17.