Book review: “The Serpent of Venice” by Christopher Moore 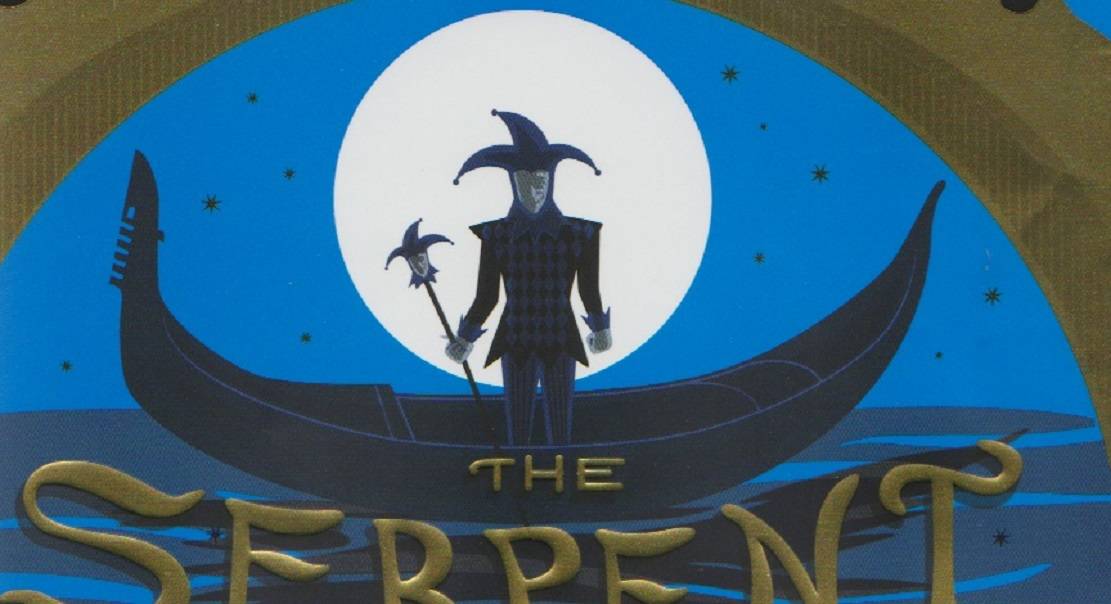 The diminutive and aptly named Pocket — court jester of the late lamented (and demented) King Lear of Britain and then consort to the (alas) also late Cordelia, Queen of France, England, Spain, etc., and her envoy to 13th-century Venice to block an effort to launch a Crusade to recapture Jerusalem and rain profits galore on greedy Venetian entrepreneurs — is having a bad day.

After has spent weeks of trying to kill himself, a cabal of three said entrepreneurs is trying to do that for him.

Not only that, but, first, they feel compelled to tell him that, no, his lovely and beloved Cordelia didn’t die of a fever — they poisoned her. And, now, having doped him with a spiked bottle of wine, they have strung him up by chains in a particularly awkward position on a wall over an open sewer in a deep subbasement of the home of one of the businessmen. Not only that, but, as he’s watched, one of them has taken the time to build a solid brick wall to enclose him in hidden space where he hangs in the soggy dark (the water level rises and falls with the tides), contorted in agony — and alone.

Some large aquatic creature is moving about below the surface, and Pocket doesn’t like that. At all.

Something — a fin, perhaps — brushed my foot, and I resumed my scream, kicked at the thing, which enveloped my legs, holding me fast moving around an up my knees, thighs.

My bladder let go, and for the first time since I was a boy, I prayed. “God save me, thou pompous great prick!” (Did I say I had not been on speaking terms with God for some time? Only polite to acknowledge our mutual resentments, innit?)

Welcome to Christopher Moore’s 2014 The Serpent of Venice in which the author does unspeakable things to the poetry and plots of William Shakespeare, the greatest artist of the English language. Usually to droll effect.

Moore introduced Pocket in his 2009 Fool in which the randy jester has foolish sex with a wide range of ladies, regal and otherwise, while maneuvering through the tragedy of a witless, aged monarch and his truly dysfunctional British royal family.

He’s not as randy in The Serpent of Venice. After all, it’s the story of a man in deep mourning, innit? Nonetheless, Pocket does get very up close and personal with a being he imagines (wrongly) to be a mermaid. And Moore, even the helpful comic author, finds other ways to work into this novel bawdiness, lust, concupiscence, libido and words about the various parts of the human body that make 10-year-olds giggle.

For instance, Pocket, saved unconscious from the deep, wakes to find Jessica, the daughter of a Venetian businessman named Murray Shylock, getting ready to carry out an amateur circumcision on an intimate portion of his anatomy with a butcher knife “the size of a rowboat.”

Jessica, since she has saved Pocket, is taking the finders-keepers approach and plans for Pocket to be her slave. But, in the Shylock household, only a Jewish slave will do. So, she explains, by just a little bit of snipping, he will be able to “confirm your covenant with God with your foreskin.”

“Look, you mad tart. I have a covenant God, which is: I don’t mention that he has stocked the world full of villains, walleys, and madwomen, and in return he keeps his bloody hands off my willy. It’s a strained relationship, but it works…”

Later, Pocket, who is passing as a nun, and Jessica, who, because they are on an adventure, is passing as a boy and a brigand — Don’t complain! Shakespeare did this literally ALL the time — are the ones who tell the lovely Desdemona that her father (one of that cabal I mentioned earlier, and the mason who built the brick wall as Pocket watched) has died. She cries.

“Don’t shed too many tears. Your father was a murderous fuck-toad, wasn’t he?”

Desdemona is confused, so Jessica says:

“A right scurvy wretch, ‘e was. Not fit for shark-chum.”

“Aye, I’m a bloody spit-tail in disguise, ain’t I? Wench bits from stem to stem, innit?”

Then, Desdemona wants to know why Pocket is dressed as a (perhaps doped-up) nun in a habit of green and purple (which she later borrows to be “saucy” with Othello).

Maybe it all took her mind off of her loss.

By now, gentle reader, you’ve probably figured out that, in The Serpent of Venice, Moore has stolen….er, appropriated the boatload of characters who appear in the Great Bard’s immortal Othello and The Merchant of Venice.

The Serpent of Venice is a sometime awkward mash-up of the two stories, and why shouldn’t it be awkward? He’s cramming together two masterpieces within the binding of a single book — and that’s not all!!!

Moore enhances his tale with the plot of Edgar Allan Poe’s “The Cask of Amontillado” (that walling-up business, right?) ,  as an extra added bonus, throws in Marco Polo, Pocket’s monkey named Jeff, a dragon, a turd and firecrackers!

Moore writes as Shakespeare would have wanted to if he thought life were a comedy of errors. Oh, wait,…

Certainly, the Bard, a punster of the worst sort, would have been proud to have midwifed some of the turns of phrase that Moore puts into the mouths of his characters, such as in this scene in which an evil, ever-angry and deeply slimy Iago plays straight man to his commander Othello, loopy and devil-may-care after drinking some of that spiked wine that got Pocket goofy::

“The fiend! He uses [Desdemona (although it’s not really her {it’s complicated}; it’s actually Iago’s own wife {I told you it was complicated})] like a base strumpet, listen to them.”

“I knew a caulker’s mate in Barcelona who played the base strumpet as we supped each evening. Ballads as sad as a lost calf lowing for its mother.”

Or Jessica’s warning to Pocket that, because she’s carried Jeff in the same sack in which she’d packed their picnic meal, he’ll discover, upon opening the sack, not only the lunch but also “rhesus feces.”

Or Pocket responding when Jessica’s father says something obvious:

Because, for reasons of his own [I’m sure they seemed very sensible to him at the time], Shakespeare never employed an underwater monster as one of his characters and plot devices, he never had the joy that Moore obviously got from dispatching two really disgusting scoundrels in a particularly gruesome way via said underwater monster (who, by the way, can communicate telepathically with said fool).

The blue-white images of bones underwater flashed across the black water as if drawn on glass in front of my eyes. When I closed my eyes, I could see them clearly — two human skeletons, deep, deep underwater, lampreys and hagfish sucking them clean.

A very satisfying — one might even say, very cathartic — result.

What a bawdy bitch is fate when the best bit of a bloke’s day is a brace of bloody mermaid murders.

Book review: “Eye of the Needle” by Ken Follett