I’m not sure how to think about miracles. I mean, about what the story of a miracle may mean in my life.

But here’s a miracle I can relate to:

When Therese healed a little Irish child, she appeared to her as a little child in her First Communion frock, and shook hands with her as she left, and the radiant little patient who had been unconscious and at the brink of death, sat up and told her mother to bring her her clothes, and food because she was starving.

This is from “Therese,” the biography of St. Therese of Lisieux that was written in 1960 by Dorothy Day.

It’s such a homey touch that the cured little girl wanted to get dressed and eat “because she was starving.” It’s like Peter’s mother-in-law who, after being cured by Jesus, got up and began cooking for her guests.

It’s also delightful that Therese, who died in 1897 at the age of 24, appeared to the little girl as a little girl. In her First Communion dress. I don’t know that I’ve ever heard of the apparition of any other saint as a little kid.

To me, though, the sweetest part of the story is that Therese shook hands with the small girl.

There’s something so modern, so direct and un-sappy about it. She didn’t kiss the girl. She didn’t shower the girl with roses. As one girl to another, she shook hands.

Dorothy Day, the founder of the Catholic Worker newspaper and movement, acknowledges in this clear-eyed biography that, for many years, she just didn’t click with Therese. A Catholic convert, she writes that her taste in saints ran more toward Joan of Arc, the shepherdess who led French armies in the 15th century.

The same was true for me. Joan was a very muscular saint. A soldier and a martyr. I had to admit that I didn’t quite understand why God would want to get involved in a war between the French and the English, but God’s ways are mysterious.

Therese, by contrast, buried herself away in a Carmelite monastery where she lived a short life of self-abnegation. Usually shown in overly sentimental paintings holding a bouquet of roses, she seemed, well, pretty insipid.

Then, a few years ago, I came across a photo of Therese out of her nun’s habit, dressed instead in the costume of Joan of Arc for a play for the other sisters in her community.

A saint writing about a saint

That sparked my interest. Since then, I’ve come across and read admiring biographies of Therese written by two very unusual women, especially to be writing about a Catholic saint — Vita Sackville-West, the British writer and one-time lover of Virginia Woolf, and Kathryn Harrison, who wrote the 1997 memoir “The Kiss” about an affair she had with her father.

In September, I was doing research for a short article about why Dorothy Day should be thought of as a saint, even though the church is moving ever-so-slowly on her canonization process (while the cases of various recent popes are flying through the system). And I came across a mention of this biography that she’d written about Therese.

One saint writing about another? I had to read that.

The Sackville-West and Harrison books were fascinating because these women were approaching Therese from a non-Catholic perspective. Dorothy Day was writing as a Catholic, but, like those two women, she looked at Therese to some degree from the context of the broader society.

After all, she’d spent her life in the midst of that society, much of it in New York City, working with and living with the poor, going to jail in protests against war and for better government services for the needy.

She also, as a young woman, had engaged in intense sexual affairs. One resulted in an abortion which she deeply regretted for the rest of her life. Another gave her a daughter.

The unwed mother and the virgin

She was an unwed mother, writing about a woman who rejoiced in her virginity.

They were near-contemporaries. In fact, if Therese had lived, she would have been 87 in 1960 when Dorothy was 63. (One of her sisters, also a Carmelite nun, lived to a couple months short of her 90th birthday.)

As a modern writer, steeped in journalism, Dorothy doesn’t pull her punches. The chapter she writes about the severe headaches and other ailments Therese suffered between the ages of nine and twelve, she titles “Mental Illness.”

She is frank and direct about romance and sex.

Therese was born of a love match. One might say that Zelie had fallen in love with Louis Martin when she first saw him, at that slight meeting when they passed each other on the Pont Neuf.

Earlier in their lives, Zelie and Louis had each sought unsuccessfully a religious vocation, and, initially, they considered celibacy within marriage. Nonetheless, they brought into the world five daughters and two sons (both of whom died young).

The Normans are a sturdy and hardy people with their feet firmly planted on the good rich soil of the countryside, and Louis and Zelie were whole man and woman, with a proper balance of soul and body, and to them the marriage act was as truly a sacrament as Holy Orders.

“Until your fingers bleed”

As Jim Forest, one of her biographers, wrote, Dorothy “was not without rough edges.”

To someone who told her she was too hot-headed, she replied, “I hold more temper in one minute than you will hold in your entire life.” To a college student who asked a sarcastic question about her recipe for soup, she responded, “You cut the vegetables until your fingers bleed.”

Therese Martin, as portrayed in Dorothy’s book and the others I’ve read, does not appear to have been someone quick to anger. But, if she had been, anger would have been just one more part of herself that she would have gladly disciplined in her effort to be as humble as possible, as little as possible.

This is a concept that runs deeply counter to the emphasis on the individual in the 21st century Western culture.

There are good and bad aspects to focusing on the individual. Self-esteem and self-reliance can lead to great feats to the benefit of all people, such as inventions and works of art. Dorothy Day’s will and drive, for instance, accomplished much. But it can also result in selfishness.

The word that Therese used throughout her life in relation to herself and her religious insights was “little.”

Dorothy writes that, when Therese’s father finally agreed to permit her at the age of 14 to enter the convent, they took a walk in a garden.

After they had walked for some time together, he stooped down to a little rock garden and picked a small white flower, which came out by the roots. Then he spoke to her of her sheltered life, and how God had chosen her, a little flower, preserving her in her fragility and obscurity. From then on she thought of herself as “a little white flower”…

In the convent, Therese, who was unused to manual labor, was frequently scolded for doing a poor job at household tasks.

But Therese had the wit to see that these pinpricks, indeed they might be called dagger thrusts, were of the stuff suffering is made of, and she accepted them with joy….Therese accepted it all as something of which she was in need. She knew she had “to die in order to live” and that every wound meant a killing of the ego.

To call this “self-abnegation” is correct, of course. Yet, even as Therese took such scoldings and found many ways on her own to tamp down her pleasures and desires, she was happy. She delighted the other sisters as a mimic and a storyteller. And Dorothy notes, “There is a picture showing Celine and Therese bending over the stone washtubs, laughing together.”

And her “little-ness” was deeply playful as well.

[S]he not only spoke of herself as Spouse of Christ, as all nuns are, but also as the playfellow, the plaything, even, of the Child Jesus. Her familiarity with God the Father, God the Son, and God the Holy Spirit might be called her recognition of the immanence of God, and this very familiarity which leads her to liken herself to a little plaything, a ball, a little grain of dust to be trampled underfoot, points to God’s transcendence, to the infinite distance between God and creatures.

As a modern person, I may want to make my mark on the world. To leave my imprint through my family, through what I write and what I do. But there is something very seductive about the idea of being God’s plaything.

Dorothy notes that Therese once said, “It seems to me that humility is truth. I do not know whether I am humble. But I do know that I seek the truth in everything.”

“Humility is truth” — that seems to get at a deep reality. I may not be ready to set aside my strivings to make my mark on the world, but I can find many ways to recognize, accept and live that reality in my life.

I’m not in a rush to get to the next life. Therese was. She was happy that she way dying young.

Even as a toddler, her faith was so strong she thought everyone should be in the same sort of hurry, as this story from her mother, repeated by Dorothy, shows:

Baby is such a queer little creature as you ever saw; she comes up and puts her arms around me and wishes I were dead. “Oh, poor little Mother,” she says, “I do wish you’d die.” Then, when you scold her, she explains: “Oh, but it’s only because I want you to go to heaven. You told me yourself you can’t go to heaven without dying.” She wants to kill off her father too, when she gets really affectionate. 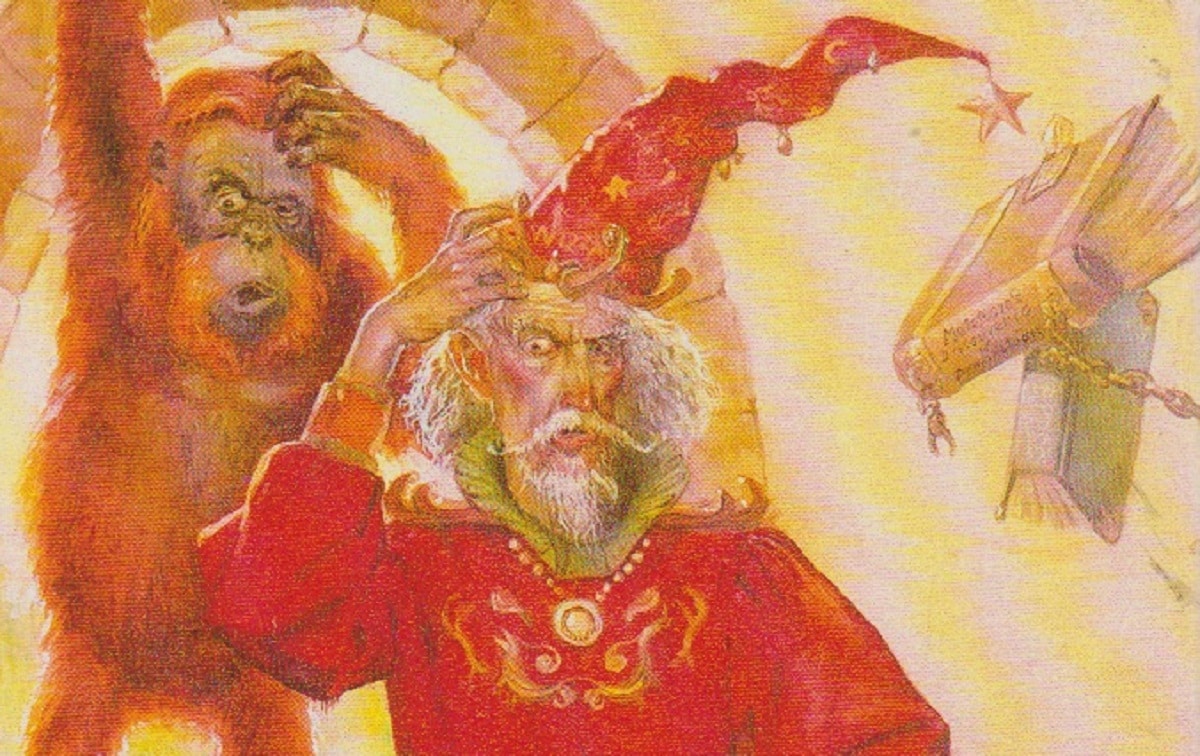 Book review: “A Gentleman in Moscow” by Amor Towles